15 Free Blockchain Games You Can Earn With 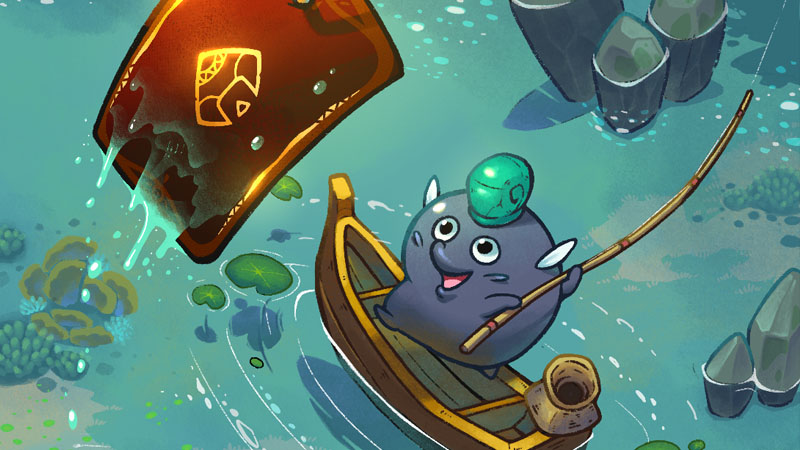 Are you itching to get started with blockchain gaming so you can earn awesome rewards?

What puts many potential players off is often the more significant barrier to entry than standard games.

Generally, setting up crypto wallets, purchasing NFT assets, etc. However, there are now plenty of games within the play-and-earn environment that you can start playing without any capital whatsoever.

Here, we break down our top nine favorites and give credit to six that almost made it!

Gods Unchained is a trading card game around the battle of gods. It’s a game still in its early stages and developed by Immutable, an Australia-based company. Still, it has already drawn the attention of many players, who may have spent thousands of dollars on cards in their quest to create the ultimate deck.

The game is on the Ethereum blockchain and includes unique NFTs that players can use within the game. These NFTs are limited in supply, so your cards could increase or decrease in value based on how rare they become. There’s also a marketplace where you can trade cards with other players.

The gameplay is similar to Hearthstone. You’re given a starting hand of random cards and must use energy each turn to deploy those cards onto the field and attack your opponent. Gods Unchained also allows for real-time gameplay if that’s more your style; otherwise, you may be able to opt for an asynchronous mode where you take turns at your own pace.

Forest Knight is an item-based mobile strategy game that allows you to play as a hero and explore the world while fighting monsters. You can earn free cards daily by collecting cards, upgrading your heroes, and completing challenges. The game features an in-game economy that allows you to build your deck of heroes and items to defeat enemies in PvP battles. Forest Knight should have rewards for players through NFT upgrades within the game and has a marketplace where players can trade items, heroes, or weapons with each other using their in-game currency.

MIR4 is a blockchain game platform that allows users to play free blockchain games and earn money in an MMORPG style. Developed by Wemade, this game is perfect for playing on Windows PC, Mac, Android, and iOS platforms.

Players of MIR4 can use their utility token named Draco to advance their weapon skills. If you want smooth character animations and several playable characters to choose from, this is the game for you. However, if you’re after a quality MMORPG with great gameplay mechanics and challenging quests then this isn’t for you.

“…it plays more like Cookie Clicker than World of Warcraft. When you get a new quest objective, you can simply click on it, and your character will automatically run there, automatically fight any enemies in the way, and automatically consume potions to avoid dying.

Axie Infinity doesn’t need much of an introduction if you’re familiar with play-to-earn gaming. Its latest Origin release is completely free to start playing. You can log in as a guest, create an account, or use an existing one. Once you begin an adventure after the tutorial, you’ll start being able to earn in-game rewards when progressing through the story. The gameplay is excellent, the graphics are beautiful, and it constantly receives updates from its dev team.

Money from your gaming creations? The Sandbox is the answer. It’s the immersive platform you can earn from building your virtual land and creating unique art creations or even free blockchain games. SAND is the currency used in this world and will be tradeable across multiple crypto exchanges.

Build proposals also recently went live as per their Tweet below…

We’ve been building this for months and for the first time #metaverse builders can:

Do you want a mobile RPG that offers play-to-earn elements and is reminiscent of one of the genre’s most outstanding – Diablo?

Guild of Guardians is the one for you. Like God’s Unchained, Immutable are the developers behind this play-to-earn Role Playing Game.

Payments are accomplished using ETH and are sent directly from person to person without any intermediary involved.

To earn NFTs within the game, you must receive them from other players (in a PvP environment), purchase them through an open marketplace, or trade for them using other NFTs you own.

Chainmonsters is a blockchain game you can play for free in your browser. The game is MMORPG-themed and allows you to collect and trade cards with other players for rewards. This game already has a large community of active players with many similarities to Pokemon. Currently, there are just over 130 unique Chainmonsters for players to obtain.

Thetan Arena is an e-sport MOBA that’s based on blockchain technology and is similar to Brawl Stars. Upon signing up, you’re gifter 3 non-NFT heroes that you can immediately start playing with. You can either enter the battle royale arena with your NFT hero in solo or duo mode or compete in 4v4 team games such as Tower Destroy which bares many features League of Legends players will be familiar with. Thetan Coin is the main token in Thetan Arena and it’s possible to start earning this for free in several ways. What’s great is that this game can also be played on a range of devices.

“Thetan Arena is a fun and well-made game. The gameplay is smooth and bug-free, and I thoroughly enjoyed playing. The variety of heroes and abilities adds to the enjoyment and strategy, and it does take some time to learn what each can do. I would recommend giving this game a chance as you can play for free, and it may become your new favorite! My concern for this game is it takes a considerable amount of playtime to reach the necessary level to cash out, so it may not be the most free-to-earn friendly.”

This free-to-play CCG takes inspiration from the popular Korean webtoon. It’s prevalent on the WAX/Hive Blockchains, with almost 400k users accessing the game in the last month. Splinterlands requires an in-depth strategy to emerge victorious and fits the mantra of easy to play but challenging to master.

All game cards and the in-game currency, Dark Energy Crystals (DEC), are limited. While it is free to start playing Splinterlands, in order to actually start earning rewards from the game, you’ll need to acquire a Summoner’s Spellbook. The one-time purchase is just $10 and payment can be made via their accepted list of Crypto or PayPal.

And finally, the six that round out our top 15 free blockchain games…

Let us know which is your favorite in the comments!