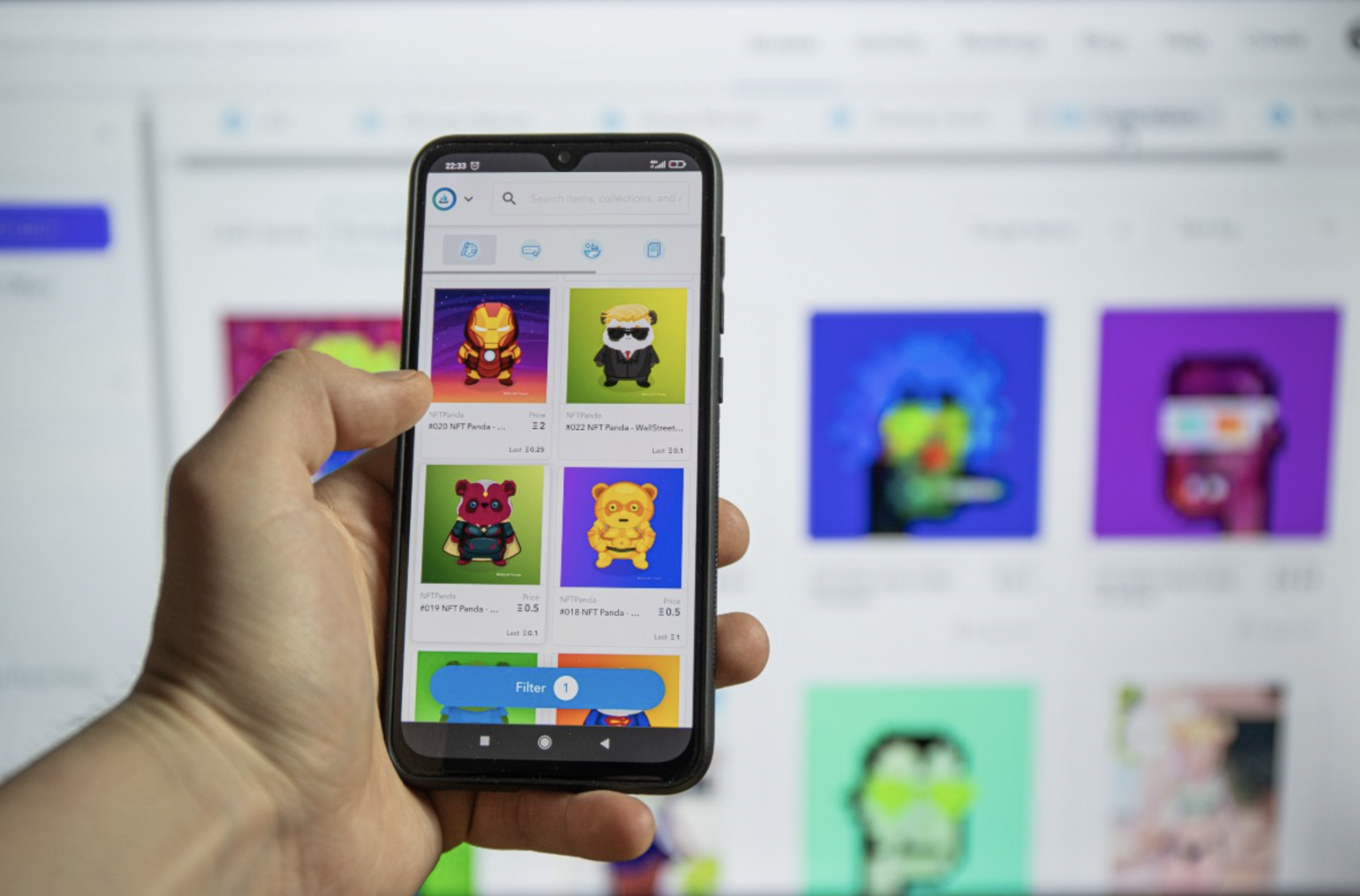 Even the most pessimistic investors are becoming interested in the market due to the NFT space’s exponential growth and the NFT rarity tools that help you find the best projects available.

. As investors look for the next top non-fungible asset, demand for the best NFT tools appears to be affected in line with this growing enthusiasm.

In any collectible market, rarity is king when it comes to getting the most value for your money. Fortunately, you can help yourself with rarity tools, also known as rarity sniper tools.

The idea of NFT rarity is explained in this article, along with reviews of some of the best NFT tools currently on the market. Let’s get to it.

What is NFT Rarity?

If you want to make money, it’s critical that you follow trending NFTs.

There are a number of new NFTs on the market, but how do their trait values differ? Why do some NFTs sell for millions of dollars while others do not? It relates to rarity. The rarity of an NFT determines how valuable and rare it is. Since truly rare NFTs are highly prized by collectors, their price increases. People, therefore, want to know whether the NFT they currently own or the one they intend to buy is rare.

What is NFT Sniping?

Sniping NFTs is the practice of purchasing NFTs that are being sold for less than they are worth because the seller is ignorant of their scarcity.

NFT sniping, as defined by LegitMethod, is the process of looking for NFTs that are listed at a lower price than they should be, either due to an error in judgment on the part of the NFT holders or because they are unaware of the true market value, which is a problem with newly revealed NFTs.

NFT sniping is when you enter a market and purchase discounted NFTs before anyone else.

Additionally, waiting until the final few seconds of an NFT auction to place a winning bid is known as “NFT bid sniping.” This tactic is employed to stop additional NFT bidders from making a higher offer before the auction closes.

How to calculate NFT Rarity?

Even if you have thousands of NFTs in a single collection, their rarity and value vary. As a result, a drop in supply causes an increase in demand, which raises the price of NFT. NFT rarity is caused by a number of different factors, not just supply value.

Numerous techniques can be used to determine an NFT’s rarity. By taking the average rarity of all traits, computing the rarity of an NFT trait based on its rarest trait, or looking at rarity data.

Ranking NFT Based on Rarest Trait

Simply comparing the rarest attribute of each non-fungible token allows one to compare NFTs. Despite being straightforward and simple, this method has one major drawback: it ignores the NFT’s overall rarity in favour of concentrating only on the rarest one.

With this approach, the total rarity of an NFT is calculated by multiplying all of its traits. An NFT with two traits will have a 10% weight for one trait and a 50% weight for the other. The “statistical rarity” of that NFT would be 5% (10% * 50%).

When comparing the rarity of some NFTs, these three approaches produce varying outcomes. The value of an extremely rare, unique trait may be diminished by average rarity and statistical rarity, which have a tendency to overvalue many of the traits in an NFT. By limiting the calculation to the single rarest trait, Trait Rarity faces the exact opposite issue. A solution? Rarity Rating.

What is Rarity Score?

Therefore, to determine the rarity of an NFT, a Rarity Score is used.

Rarity Score places an emphasis on individual rare traits while also taking into account the rarities of all traits. This is currently the most accurate method for determining rarity.

Here is the equation:

Numerous rarity tools can calculate the Rarity Score for you, so you don’t have to do it manually. In just a few clicks, you can view the results using the appropriate NFT rarity tool.

What are the Best NFT Rarity Tools?

Even though the formula is fairly simple, there is no use in trying to estimate the rarity of all the desired NFTs on your own. Several investment aids are at your disposal to help you.

Warning: There are numerous risks involved with investing in NFTs. You can easily check NFT rarity and keep up with the changes by using a trustworthy NFT investment tool. It goes without saying that these tools shouldn’t be the only factor considered when purchasing NFTs. Before making a purchase, make sure you thoroughly investigate the NFT market and the project in question.

You can use the trait sniper tool, a rarity sniper, to learn more about new NFT projects. Ongoing and future NFT projects and NFT drops are covered in great detail. The Traitsniper bot evaluates the rarity of each NFT in less than 2 minutes for each project. In addition to the free version, the paid edition also offers real-time notifications of new reveals and their results.

Compared to the other rarity tools mentioned below, Trait Sniper is a little bit more cluttered, and new users may have trouble navigating the website. You can click any NFT to view its Rarity Rank, Rarity Score, OpenSea Highest Offer, and OpenSea Price once you get used to it. Each trait also has a rarity score that can be seen.

Both free and paid versions of this programme are available to users, each with varying levels of monitoring access. Customers of the subscription edition, for instance, are promptly notified of newly revealed collections and their rarity rating.

The same information is delivered in the free version an hour after the NFT show, in contrast. Customers are directed to join their Discord channel in order to subscribe, where they can learn more about paying 0.15 ETH weekly and 0.5 ETH monthly.

You can look at the top NFT collections sold over the previous 24 hours, 7 days, and 30 days using this specific NFT platform.

This platform is yet another top-notch NFT resource for studying the non-fungible token market. Recent sales and minting activity for each NFT series is detailed on its own dedicated page.

The CryptoSlam NFT ranking tool has all the bells and whistles a user could want, such as NFT sales, floor price, transaction volume, number of owners, and more. The platform also features a dedicated area for NFT Rarity functions, which gives users access to in-depth information about each non-fungible token.

Additional analyses of potentially rare NFTs are available on a Discord channel as well. Operators have access to new assets that have been sniffed before being made public due to their NFT rare status.

Users can get an additional analysis of potentially rare NFTs by joining the Discord channel as well. This gives users exclusive access to the rare status of brand-new NFTs that haven’t been released to the public yet but have been sniffed first. The subscription is 1.5 ETH in price.

DappRadar has long been regarded as a reliable resource for keeping tabs on the effectiveness of NFT collections. They also created an NFT portfolio tracker in 2020 that provided users with a straightforward way to follow Ethereum wallets in real-time. Users can access detailed information about their Ethereum tokens and NFT account balance by entering the Ethereum wallet address or the ENS address.

This is a fantastic option if you’re looking for NFT rarity tools to help you track your portfolio on a personal level. In DappRadar, the most popular NFTs are also listed according to various timeframes. Any NFT collection’s sales, traders, and volume details are available.

It includes a sectioned display that shows crucial features like Hot Topics, NFTs, DeFi, Exchanges, and Games in addition to a free-to-access ranking of all currently available Decentralized Applications.

This website also functions as a learning tool. Dappradar offers insightful materials on crucial crypto issues that are helpful to newcomers in its blog, which includes articles and breaking crypto news.

The Rarity.tools is one of the most used tools for figuring out how rare an NFT is. Real-time ranking of NFTs is based on the rarity of their characteristics. Find NFTs that meet your requirements by filtering by average price, overall sales volume, owner count, or top collections. In addition, the website’s user-friendly interface makes it simple to find trait rarities.

On Rarity.tools, you can sort all of the NFTs based on their collections, average prices, or even ETH volume. The overall trait rarities of that specific collection are listed on the NFT collection page. You can find a card for each NFT in this section that lists all of its characteristics as well as its Rarity Score. You can also look up the Rarity Score of an NFT you already own by entering its ID in the NFT project section. After selecting “Lookup,” you will be presented with a full breakdown of your NFT’s attributes and Rarity Scores.

Additionally, Rarity. Tools have the special ability to list new projects for just 2ETH and a few easy steps.

Rarity.Tools are a great resource for keeping track of upcoming NFT projects because they let users see upcoming NFT collections before they are released for sale or minted.

Since their inception, NFT tools have sought to identify market opportunities, and Nansen.ai was among the first to do so in 2013. If you use the NFT wallet analysis tool, you can see a ranking of the most lucrative NFT wallets based on your earnings. Better asset management and long-term planning can result from research.

Additionally, the programme functions as a wallet and an investment tracker. ERC-20 tokens are covered in detail by Nansen, including minting costs and secondary NFT shop costs. Additionally, it offers in-depth analysis of each project’s owner in real-time, making it simple to locate and look at them.

Because NFTs are still in the early stages of development, investing in them as a tradable asset is extremely risky at this time.

You should conduct a thorough investigation into the matter before making any financial decisions. They may be explosive in nature. NFTs have grown in popularity since the beginning of 2021.

Their rarity has had a big impact on determining the cost of NFTs and the excitement that comes with developing a new NFT.

You can obtain the NFT ranking by using tools for determining NFT rarity. Before you decide to invest, make sure to check the NFT rank on a few NFT rarity rating tools.