Alien Worlds: Guide to Mining in the Game 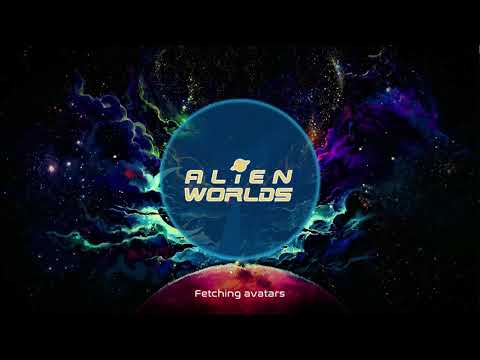 The technical blueprint and the mining process of Alien Worlds are two of its primary selling features. Seldom have we seen games that have implemented not one, not two, but three individual blockchain technologies to the game mechanic. Components powered by the blockchains include the Trillium token itself (more on that later). Furthermore, the game relies heavily on its earning capabilities rather than the gameplay. The main objective of this article is to talk about how to mine in Alien Worlds. However, before explaining the process – which is pretty simple – we need to talk about the essential assets in the game that affect the mining process.

Also, if you want to read an extensive P2E review on the game, and more about the game mechanics, read here.

Planets are the main hubs of activity in the metaverse. Home to the mining of resources and grounds for gameplay. The governments on these planets are elected on the popular vote of the players. Popularity is aided by the power of Trillium staked by competing candidates.

There are 6 planets in Alien Worlds as of now. As mentioned briefly above, each planet is powered by its WAX account and smart contract. These planets receive a consistent daily amount of Trillium from the Federation, after which the government decides how to use this flow in the economy. But as in themselves, these planets act as DAOs. This means that they are Decentralized and Autonomous Communities.

Players can only become voting members inside the planet’s governance by staking Trillium to that planet. More details on staking programs in the game are available on this link. The Planet treasury is determined by adding the Trillium and NFT balances held by the planet at a given time. Readers can follow up on this link to understand the challenges of inflation and other pressures on planetary economies.

There are many NFTs and assets involved in Alien Worlds, but we are only interested in the ones that affect mining. These two are Land and Tools.

A sub-asset located on a planet. The ownership of these lands is determined by the ownerships of its NFTs. Planets only have an infinite amount of land, so the rules of supply and demand make it a competitive market. Landowners can earn Trillium through a lot of means. Primarily, they can earn by renting their land to miners or other parties. Moreover, landowners pay a commission when their land is used for mining purposes.

This can bring plenty of profits, considering the game has over 150,000 players actively mining in-game at any given second. Moreover, it is evident that with time, as the game can branch its mechanics out to more and more professions, the demand for land will only go up. Landowners can also charge a lower commission than the federation to attract mining and other commercial activity on their lands.

The other crucial NFT-based asset is tools. These will be required to mine from lands. Even though you won’t be mining actively in the game, the statistics of your tools will determine the outcome of your mining extractions. The rarer and higher quality tools you have, the bigger the probability of extracting rare NFTs. Moreover, they’ll also allow you to earn more $TLM than common tools.

How to Mine in Alien Worlds 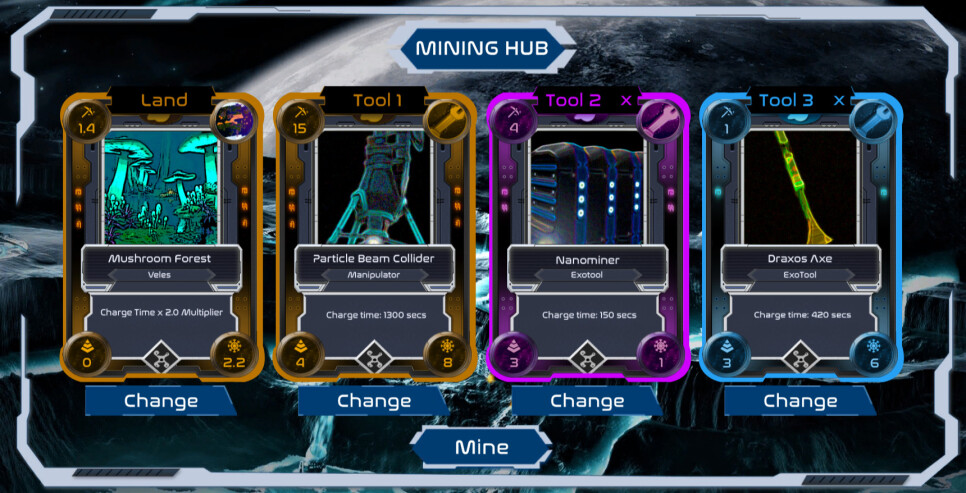 The mining process itself is pretty simple. No, you don’t have an avatar that walks around the map and mines when you give the command. Instead, the actual process is computed and randomized, where the player “mining” is simply waiting for the algorithm to carry out.

Firstly, you need to head to the ‘Mining Hub.’ From here, you will get an option to select the Land and Tools of your choosing. Remember, your choices here will determine your mining procedure’s success. You’ll also deal with commissions that might be payable to the landowner depending on your chosen land. After carrying out these steps, hit the ‘Mine’ button, and wait – that’s it! You’ve successfully carried out your first mining activity in Alien Worlds!

A proper description of the tokenomics in Alien Worlds is key to understanding how the mining process will help you earn in the game. The primary token in the metaverse is the trillium token ($TLM). A finite supply of Five Billion Trillium makes up the economy of the Alien Worlds. Five billion Trillium with an inflation rate of 9% in the first year, 7.64% in the second, and a further expected disinflation in the third. This token is what you’ll be earning when you mine on different lands throughout the Alien Worlds metaverse.

The Alien Worlds’ primary token has multiple use cases. $TLM can be staked by users if they want to gain voting rights to determine planet governance. Counselors can run as candidates for planet governance if they stake enough coin. The trillium token is also a prerequisite for participation in many events and activities. Moreover, the accumulating trillium fees work as a form of taxation that the planet government charges players. So, if you’re wondering why mining is the only accessible game mode in Alien Worlds, you have your answer now!

A Little About Alien Worlds

Welcome to Alien Worlds, a metaverse 3 decades forwarded into time. The inhabitants of Earth have had enough of the rampant pandemics damaging the existential dynamics of the planet. We all understand the global impact of Covid and what it was able to do to the economy. Imagine raging pandemics year after year from Covid till 2055. That is the timeline earthlings are facing.

The Federation, the most influential bitcoin mining community, had sensed a pattern. These patterns led to the discovery of a new living race in the universe that sent signals and messages to Earth. They hinted toward a material wormhole close to the Earth that can transfer a civilization to a galaxy billions of lightyears away from the Milky Way. A few select representatives made the leap and found themselves on the other side. They found a cosmic network of many inhabitable planets when they reached the other side. With time and effort, the Federation was able to rest on these planets and established these planets as the Federation of Alien Worlds. Creating the metaverse for players to jump directly into.

From the above analysis of the metaverse’s technical blueprint, we can very well conclude that Alien Worlds is one of the more complex metaverse structures in the market right now. There are benefits AND drawbacks to a structure relying on three separate blockchains for day-to-day commerce. Moreover, considering they only have a single functional game mode, and that too a not-so-entertaining one, you’d think they’d be faring poorly. However, the team has done a magnificent job with the game and continues to rack up the userbase daily.