AMBUSH Announces Limited-Edition NFT in Collaboration With OP3N and Avalanche 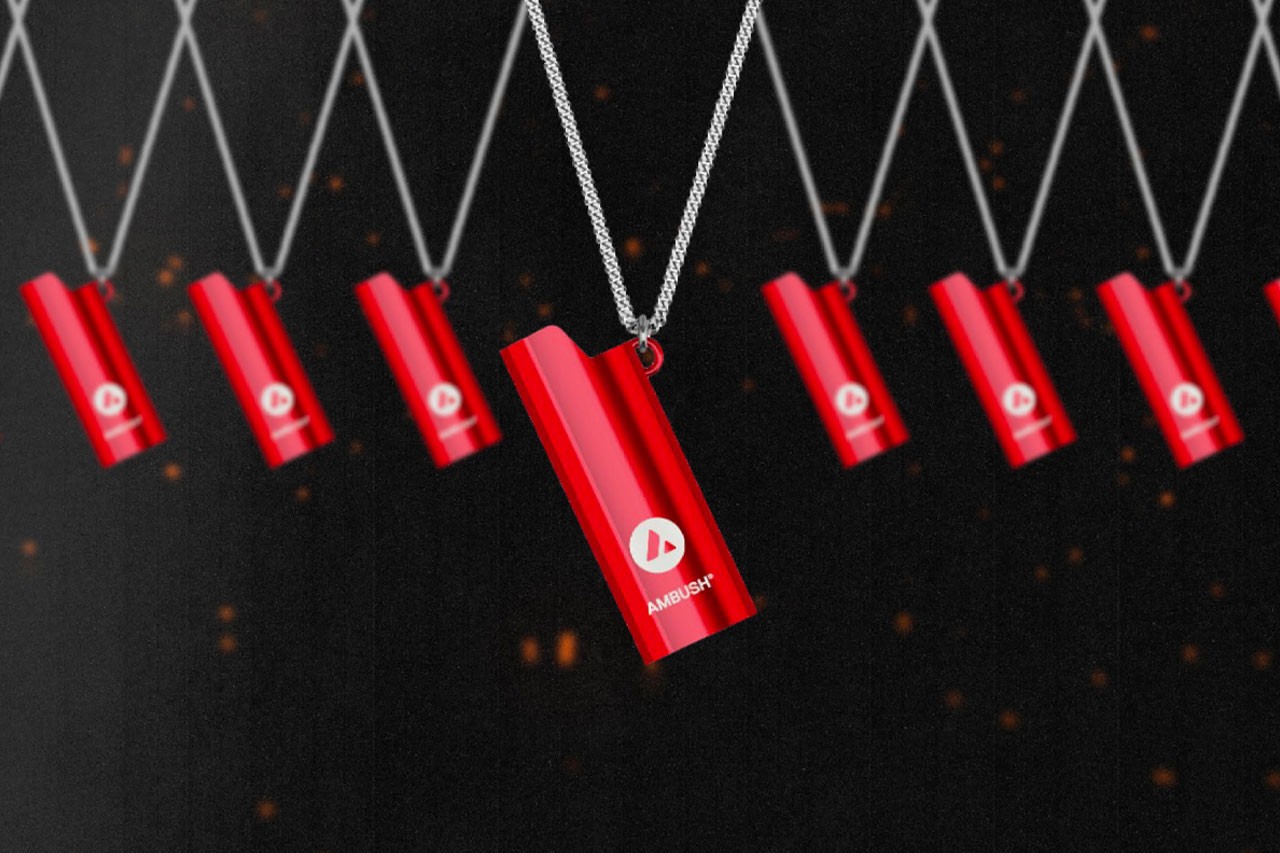 With a clear focus on the uniqueness of art and design, a world-class design company, AMBUSH, has announced its plans to partner with the popular blockchain network, Avalanche, and the renowned user-oriented NFT platform, OP3N. The aim of the partnership is to launch AMBUSH’s latest metaverse project known as “A3”.

A3 is a 3D NFT collection that consists of an exclusive RED edition of iconic Lighter Case Necklaces powered by the Avalanche blockchain. These collectibles, which are 2023 Red Chrome Lighter Necklaces, will also come along with NFTs that authenticate the necklaces in the AVAX blockchain. This way, AMBUSH hopes to create a unique path to establishing accessories in the fashion industry.

About a few months ago, OP3N, a functional NFT platform, announced that it had collaborated with a popular blockchain network, Avalanche, to launch a fund called Cultural Catalyst Initiative – a 100 million USD fund.

This initiative was essentially designed to propel massive development and inclusion of projects of cultural value, including gaming, digital art, music, and fashion, into the Avalanche platform. Having gained grounds, it is noteworthy that the Cultural Catalyst Initiative has secured partnership deals with artists like Grimes.

In his remark, the president of Avalanche Lab, John Wu, explained that the initiative is a step forward towards achieving the inclusion of entertainment and pop culture in the Avalanche ecosystem.

Having partnered with OP3N, Avalanche is bringing the Culture Catalyst Initiative into the fashion industry – and that’s where AMBUSH comes in.

A3 consists of an exclusive AVAX RED edition of the iconic #AMBUSH®︎ Lighter Case Necklace and an #NFT that authenticates the necklace in the #Avalanche block chain.

AMBUSH is not new to the world of Web3 or NFTs, thanks to Yoon Ahn, the brand’s creative director for a fashion brand with exclusive designs and a world-class showcase of creativity and style. The Tokyo-based fashion design company has embarked on quite some token releases as well as a functional ecosystem, showing the brand’s steadfast support and belief in the future of fashion in the Web3 space.

The three concerned parties – OP3N, AMBUSH, and Avalanche – have taken to their platforms to announce the collaboration. This feat will feature a blend of Avalanche’s Culture Catalyst goals with AMBUSH’s fashion expertise. Consequently, a limited-edition NFT known as “A3” will be released.

Through the forthcoming launch, users can access NFTs. This will grant them the access to AMBUSH’s AVAX-powered iconic Lighter Case necklaces on a RED chrome colorway. While several events are yet to be announced, collectors of AMBUSH’s NFTs will get exactly the same necklaces physically. They will be allowed to virtually enter an exclusive event in Milan, scheduled for September 23.

Want a chance at attending the official SS23 @AMBUSHdesign Show in Milan? We've got you covered, one lucky minter of the A3 NFT, powered by @Avalancheavax will win a shot at attending🔺⛓

Similarly, collectors will get the chance to participate in a raffle. Should they win, they will be qualified to attend an IRL event organized by AMBUSH, which is also scheduled for September 23 in Milan. Also, by minting the A3 NFT, they will be allowed to enter the token-gated space in AMBUSH’s metaverse called SILVER FCTRY. This way, users can get an exceptional metaverse experience while trying their hands on quite some digital collectibles.

The Future of Fashion is Now!

Earlier this year, AMBUSH launched its POW! NFT and its metaverse – SILVER FCTRY – bid to eliminate the obstacles between fashion and Web3.

“At AMBUSH, we are about exploring new boundaries. Since launching our POW! NFT and SILVER FCTRY metaverse earlier this year, we have been trying to merge real touch-points and products with Web3,” commented Yoon Ahn, who added that “A3 in collaboration with Avalanche and OP3N is an exciting project for us where we will further explore howe real products and digital experience can interact and create new values and standards for the space.”

Undoing the suspense, AMBUSH reveals that, on September 12, a total of 2,023 A3 NFTs would be released for minting. On September 15, it will ann0unce its raffle winners.

Interestingly, holders of AMBUSH’s NFTs – POW! REBOOT and POW! GITD – will be included on the A3 Allowlist, giving them the opportunity to purchase the NFT.

“Fashion is such an integral part of the culture, and this partnership with AMBUSH is a perfect addition to the slate of Culture Catalyst projects,” said Jaeson Ma, co-CEO of OP3N. He added that “AMBUSH’s first two NFT drops, which sold out in minutes, demonstrate the appetite and demand for exclusive access to brands in Web3, and we are excited to collaborate with them on the A3 NFT drop.”

The partnership is expected to impact the fashion industry significantly in relation to the Web3 space. Avalanche, in collaboration with OP3N and AMBUSH, will put in efforts to take the Culture Catalyst Initiative to the next level. In turn, this will serve as an example to other culturally relevant brands – gaming, music, entertainment, etc. – that merging with Web3 is the way to go.