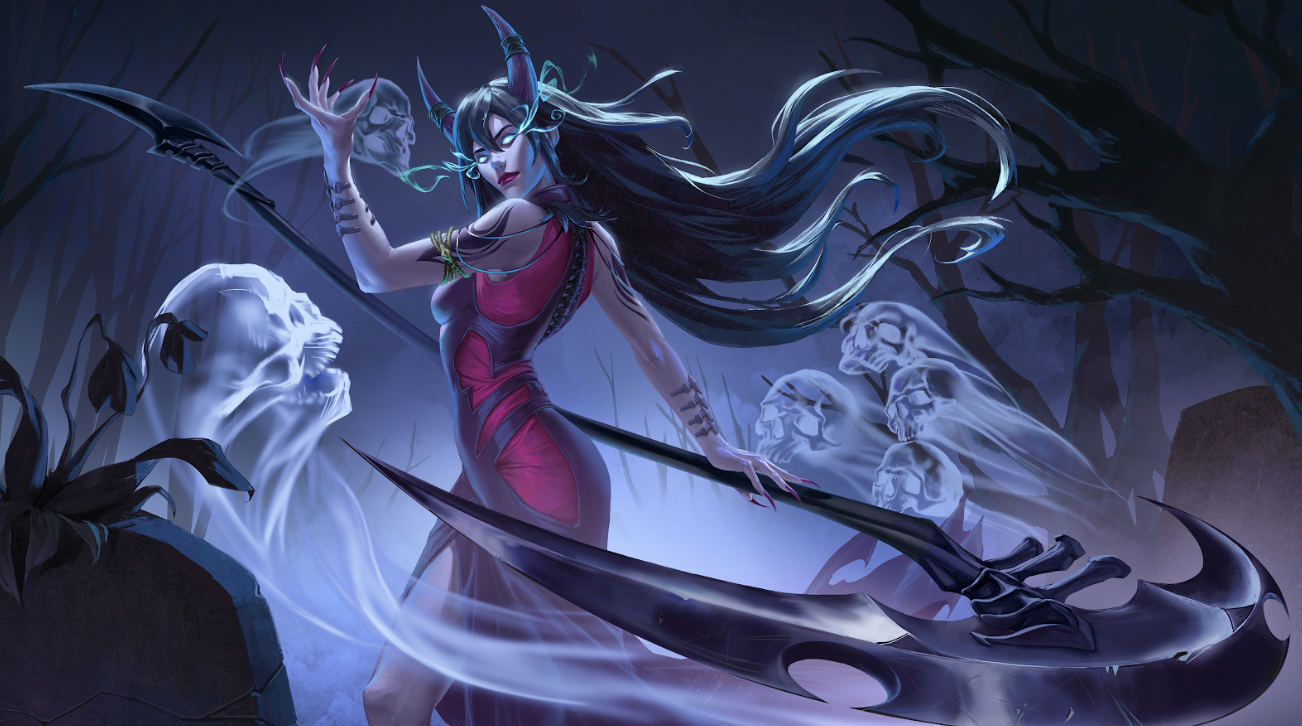 Players of Gods Unchained are wondering whether the NFT cards are available for a limited time or if they are infinitely available. The answer is complicated because it varies based on each Card Set that the Gods Unchained developers release and the type of card set they label it. Read on as we demystify which cards are limited in Gods Unchained.

How do cards work in Gods Unchained?

Before jumping into whether Gods Unchained cards are limited or not, we need to get to grips with the different mechanics in the game.

First up: What are Decks?

Let’s talk about decks first before moving on to cards and sets. The 30 cards that make up a deck are arranged before a battle. Your decks represent your playstyle in trading card games, and a skillfully crafted deck is frequently the secret to success. Your decks are arguably the most important aspect of these games.

Naturally, building a custom deck can be difficult at first. Deck building can be confusing if you don’t know which cards you like or if you don’t have any PvP (player vs. player) experience, which is why the six starter deck options are useful.

Don’t be afraid to try out each deck to see which one you prefer. Later on, you can attempt to make your own.

Next: The Anatomy And Types Of Cards

When a card is played on the board in a game, its many components are all on display, making it easy to understand what it can do. Some of the key components are:

What are Card Domains?

Your card’s domain specifies the god with whom it is in alignment. The layout and color displayed on your card’s top left side will help you determine which domain it belongs to. Six domains are available:

Your card is regarded as Neutral if it is not associated with any domains. The first step in building a deck is selecting the god you want to base it on.

For instance, the god Auros is the leader of War, and a War deck can only contain cards with the corresponding symbol and color (aside from neutral cards).

In any deck, neutral cards can be used regardless of the domain you play. Look through the cards to find the god that most closely matches your preferences.

What are Card Tribes?

The tribes on your card, which are visible in the bottom portion of the card, identify the group to which your card belongs. Cards with a tribe symbol typically have synergistic properties. For instance, Anubian cards frequently allow you to reclaim banished creatures from the void and add them to your hand.

The following tribes can currently be found in Gods Unchained:

How many Gods Unchained cards are there?

Now, we can get to the true answer to the question of whether cards are limited in Gods Unchained.

A set is a collection of cards arranged according to an occasion or a theme. Some sets might only be available for a limited period of time because they are limited releases.

Other sets might be offered more frequently and for longer stretches of time. Additionally, some sets might be accessible for free by participating in the game, through purchases, or in other ways.

These are available in several varieties, including free-to-play, expansion, promotional, and one-of-a-kind sets. Looking at the symbol in the top right corner of a card will help you determine which card is in which set. Sets you can get for free just by playing the game are free-to-play sets.

What About Promotional Sets?

For a brief window of time, promotional sets and cards are made available as a special promotion. Expansion sets are carefully curated sets that enhance standard gameplay and are available for a brief period of time only from the store.

Expansion sets, with the exception of the Genesis set, are available for a brief period of time but may see later releases in second and third editions. Although the later editions will never be exactly like the first, users can tell the editions apart by their outward appearance.

Since this set is made up of Mythic cards, which are unique, the phrase “one-of-a-kind set” is self-explanatory. Each Mythic card is a one-of-a-kind rarity, so only one player can ever be in possession of a particular Mythic at once.

Is the Genesis Set Limited?

Early adopters and fans of Gods Unchained can get their hands on a 380-card set called the Genesis Set. They feature rare, one-of-a-kind trading cards that will never be reprinted.

The Gods Unchained team will sell these cards until either the presale is over or they have sold 33,333 ETH, whichever comes first.

Once the balancing beta phase is over, Genesis cards are automatically registered on the blockchain and can be fused as well as sold or traded.

You can purchase cards from sets that aren’t for sale by finding other users who might be willing to sell them on the Immutable X marketplace.

Is the Divine Order set Limited?

A deck of cards called Divine Order adds new features to the board game Gods Unchained. A total of 194 collectible cards are available, and they are divided as follows:

These cards can be acquired through the Gods Unchained website during the Divine Order sales period by buying card packs and chests. Chests won’t be available right away when Divine Order is released; they will start to become available later. Due to the limited supply of Divine Order packs, this sale is only valid while supplies last.

Is the Mortal Judgement Set Limited?

Mortal Judgment is the last significant expansion pack for Season 1: Champions Rise. Humanity is on the verge of war, the gods are bound, and the natural world is distorted. New game mechanics and keywords that reflect the state of Eucos are used in the new set, which features a world turned upside down under a dark sun.

These cards are available through the Gods Unchained website during the Mortal Judgement sales period and can be acquired by buying card packs. They are immediately tradable.

Is the Core Set Limited?

The Core Set is the base collection of cards that each player can obtain by participating in Gods Unchained. You will receive complimentary Core packs of cards when you register, log in for the first time, level up, and at various other times. By accessing the “Inventory” tab in-game, you can choose to filter between the Core and Genesis collections:

Core cards aren’t, by default, blockchain-based and can’t currently be bought, sold, or traded. In order to balance and test the system, the Gods Unchained team may reset or remove your Core cards during the Open Beta. When the game launches, all players’ Core Cards will be reset to 0, ensuring that everyone starts from the same position.

How can you tell which cards in Gods Unchained are rare?

A rarity value is assigned to every card in Gods Unchained, just like in Sorare. You can tell what they are by the different colored crystals on either side of the nameplate on a card.

You may only use 1 each of the Legendary and Mythic versions of a card when creating a deck. There can only be two of each other rarity. Card rarity, which is distinct from card quality, which is taken into account when trading, only affects deck construction as a preventative measure against repeatedly using the same card.

What happens when you run out of cards Gods Unchained?

As we’ve previously said over on Play to Earn Diary, if you can’t draw any more cards, you’ll lose an amount of mana per turn equal to 10 minus the number of cards you still have in your hand. If you run out of mana, the game is over.

How do you get more cards in Gods Unchained?

Players gain experience for each game they participate in, win or lose. A pack of Core cards is given to the player after they complete an experience level. In accordance with the level, these can be standard, epic, or legendary. Additionally, players can acquire Flux by winning matches in the Gauntlet of the Gods.

What are Gods Unchained cards worth?

Recently, users have been concerned about the price spike in genesis cards, with user Nackarub on Reddit writing, “There is an anomaly in the market at the moment. It will be interesting how this will all play out.” Stay tuned for more information on the Gods Unchained market at Play to Earn Diary.