Axie Breeding Guide: How to Breed The Best Axies 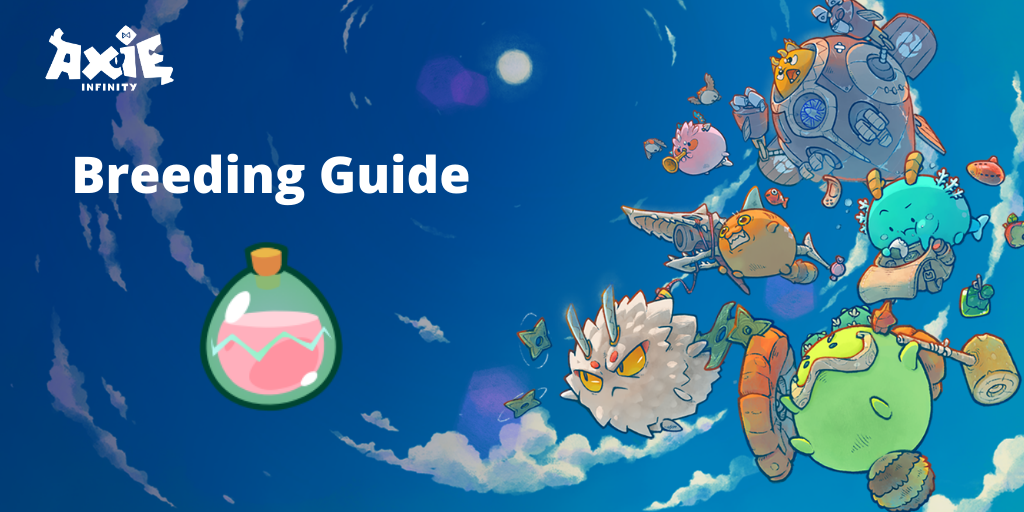 Axie Infinity is an NFT-based, massively multiplayer online strategy game (MMORPG) where players fight each other through battles with their Axie pets. And in this article, we will give you an Axie breeding guide that will tell you everything you need to know to breed the best axies.

First of all, Axie Infinity is a game founded by Nguyen Thanh Trung, alongside Tu Doan, Aleksander Larsen, Jeffrey Zirlin, and Andy Ho, and it’s now played by millions of people all over the world since its release in March 2018.

The goal of the game is to breed the best Axies to further improve your Axie’s strength and win rates. This is done by breeding two Axies and then letting them battle against other Axies. 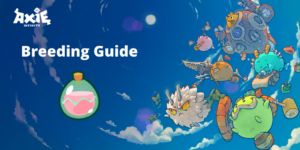 Like real-world pets, Axies can be bred to create new offspring. But unlike real pets, these offspring battle, breed more offspring or can be sold on the Axie marketplace. Axies can also breed with any other Axie regardless of species except when they’re family members.

Let’s explore more below how to strengthen your Axies to their highest, strongest potential.

How Do You Breed Axies in Axie Infinity?

Each Axie can be bred a maximum of 7 times, and the Smooth Love Potions (SLP) that you need to nurture your Axies can be earned by playing the game in PvE Adventure mode as well as the PvP Arena.

This can be beneficial because if you want to breed for a certain class of Axie or trait, then it’s best to start off with one that already has those characteristics (assuming they’re not too weak).

You also need time and patience because breeding takes time as well as effort from both parties involved in order for them to produce offspring.

Once you’ve got your stats boosted up, it’s time to start breeding! Here’s where things get interesting: there’s no single way to breed an optimal team in Axie Infinity—and while there are some general guidelines that will help us all out (like mixing up element types and focusing on hybrids), every player has their own unique strategy for building teams that work best for them.

So instead of just telling you what works best from our perspective, we’re going to share some strategies we’ve found helpful in battling other players’ teams.

How To Create The Best and Strongest Axies

Axies are a great way to pass the time and make some extra cash. They’re also a great way to learn about breeding, which is why we’ve put together a list of tips that will help you breed the best Axies possible.

The most important thing to remember about breeding is that you want to get the best genetics. That means you want two of your best Axies to breed together. In order to do this, you need to know how powerful each of their stats is and which moves they have.

When it comes time to create a new species, don’t just create anything! You should only create an Axie if it has strong stats or moves—or both! This will help ensure your new species will be a success in battle.

When choosing between two different types of Axies to breed, make sure you know what you want to focus on. For example, if you want your Axie to be a tank, avoid breeds with Low HP.

Try not to breed those with low DPS (Damage Per Second)  stats as well as weak attacks or moves when you want high-attack Axies because they won’t do much damage when battling against other players.

It’s tempting to rush through your breeding sessions, but this can lead to unintended results. You may end up with an Axie with compromised features or that isn’t as strong as it could have been.

Instead, try taking your time during each session and study all the genetics of your combination. This will allow you to focus on what matters most—getting the best, strongest Axie out of each pairing.

The best axie that should breed was a "Sleepynator"because the card has "Soothing song+Allergic Rxn" , because it also reaches 2k mmr on axie if it knows first how to control the card and you should know it because it's the most nice card I've seen now who is the meta axie.🙏❤️ pic.twitter.com/TrAz1Q2JUI

If you want to win at Arena, you must understand how to manipulate your opponent’s resources. Axie breeding is a game of strategy and skill. To be the best at it, you need to know the best ways to steal their energy.

When you play a card that steals energy, your opponent loses that much energy from their total pool. You can use this tactic to make sure they don’t have enough energy to play important cards.

Another way you can manipulate your opponent’s resources is by discarding their cards. When you play a card that discards cards from your opponent’s deck, they have to discard those cards at the end of the turn—even if they otherwise wouldn’t have been able to play them!

This means that if you play a weak card on your turn, then your opponent won’t be able to play any cards they draw on their next turn because they will already be out of cards in their hand due to their previous turn being skipped over due to being unable to play anything while under the effect of your Axie’s skills.

When destroying their energy, make sure they won’t be able to play cards as often as they’d like. If you steal their cards by discarding them from their deck, then that means they won’t draw those cards later on in the game—which could be devastating if one of those cards was crucial for winning!

4. Know when to play and when not to play

There are two main categories of players in the game: those who are awake during the day and those who are asleep at night. If you don’t know what type of player you are, it’s important that you figure it out early on so that you can play when your opponents aren’t as active or focused.

If you’re an active player who likes to play during the day, then it’s best for you to find a time slot when most of your opponents are sleeping or in the middle of the afternoon when they’re not as active. This way, they won’t be able to attack or steal your resources while you’re trying to breed new Axies.

If you’re an inactive player who likes playing at night or after work/school ends, then it’s best for you to skip playing when most of your opponents are awake and active since they will be more likely to attack or steal your resources while they have more time on their hands.

And that’s it! You’re now equipped with an Axie breeding guide that has all the essentials to breed the best soldiers!

Always remember: the most important thing in breeding the best axies is that there are no shortcuts. You can’t just hope for good genes or pray that your Axie will have the best traits you want.

You have to work for them. So read up, study, and do your own research. Watch more videos. And the more you understand your Axies and how their genes interact, the better you’ll be able to win battles.