Major Binance Hack: How Will it Affect Play-to-Earn Gaming? 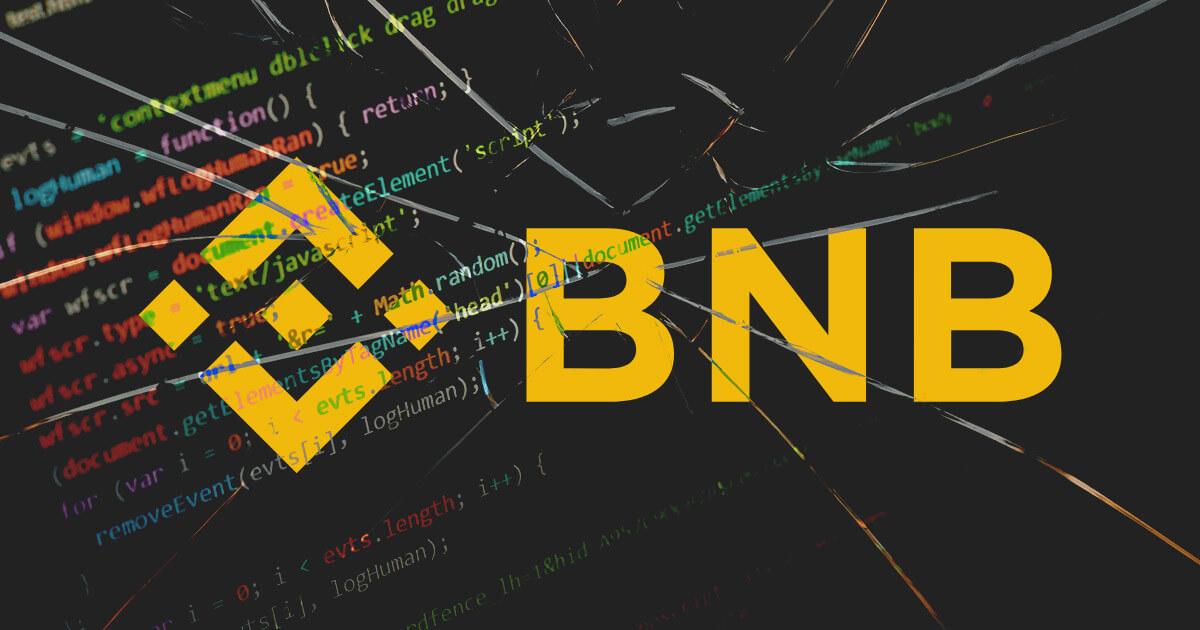 Yet again, we’re seeing another hack in the crypto space. This time, there’s been a major hack of Binance’s BNB chain. Hackers have targeted the crypto world once again, this time taking more than half a million dollars worth of BNB tokens. It’s expected that this will majorly affect things for some time, but let’s find out more details.

Binance has announced that a cross-chain bridge linking with its BNB Chain was targeted, allowing the hacks to move the tokens from the network. The cryptocurrency exchange network was temporarily suspended after the hackers left with $570 million worth of BNB tokens.

This is an astounding number, and it’s truly shocking for the future of Binance. The cross-chain bridges are the tools that enable the transferring of tokens from one blockchain to another. By disabling this, hackers can access all tokens on the network.

Binance stated that they had worked with various network validators, those who confirm transactions on the blockchain, to stop the creation of new blocks on BSC. This aims to pause all transactions whilst Binance developers investigate the breach. A few hours later, Changpeng Zhao, Binance’s CEO, made a statement on Twitter.

“An exploit on a cross-chain bridge, BSC Token Hub, resulted in extra BNB. We have asked all validators to temporarily suspend BSC. The issue is contained now. Your funds are safe. We apologize for the inconvenience and will provide further updates accordingly.”

Since this tweet was issued, things have returned to normal. So, in all, hackers took 2 million BNB tokens, which equates to over half a billion dollars.

The hack was said to have been caused by an error in the smart contract of the bridge, allowing hackers to access the tokens. A vast majority of the tokens were saved, meaning their losses equated to around $100 million. Of course, this is a huge amount, but it’s preferable to half a billion.

Over the years, there have been a few large hacks in the crypto world. Predominantly, these hacks have involved play-to-earn games.

Ronin Network, the bridge between the Ethereum blockchain and Axie Infinity, was hacked earlier this year. The hackers made off with $620 million worth of cryptocurrency tokens from the popular NFT game. This was devastating for the game, and whilst the FBI recovered a large amount of money, Axie Infinity has since been on the decline.

To recuperate, Sky Mavis, the creator of Axie Infinity, deployed several partnerships in order to support their future processes. This includes Google Cloud, to analyze how the hack occurred and how to prevent this from happening again.

All in all, over $600 was stolen, with the Ronin network shutting down for a few days to investigate. Axie Infinity users have been gradually receiving their money back, but it has not been an easy process.

As fellow P2E writer Nyambura said, ‘Although Axie Infinity has recovered somewhat from the hack, it will take time before overall confidence in the network is fully restored.’

Back in August, Solana suffered a major hack that resulted in losses of $8 million worth of SOL and USDC coins. Over 8000 wallets were targeted, and the play-to-earn games using SOL were affected.

The attack happened on August 3rd, with Slope and Phantom wallets being the main target. It’s most likely that the hack appears to be a supply chain attack that targeted iOS and Android.

Although a smaller amount was lost than other hacks, games such as Genopets, Star Atlas, and Defi Land were impacted, with a decreased token value.

How Will it Affect Play-to-Earn Gaming?

After the BNB hack, the value sank more than 3%. It could be worse, but due to this, several games on the Binance blockchain are likely to go into decline due to the decrease in token cost. Additionally, the token availability within these games is likely to decrease.

Play-to-earn gaming is struggling, with new and unpopular games not getting a chance to shine. Investors often refer to the crypto market as the bear market when it crashes, and the bull market when it rises.

Usually, when a bear market occurs, a real crypto crash follows. During a crypto crash, projects can fall through, and investors fall out. For example, play-to-earn MMORPG Untamed Isles has been postponed due to the current financial market.

At the moment, the market is in a decline, but this isn’t to say it’s permanent. The cryptocurrency industry has decreased by almost $2 trillion since 2020/21.

According to CNBC, ‘the implosion of $60 billion blockchain venture Terra and a worsening macroeconomic environment has severely impacted market sentiment.’ This is worrying, but as always, hopefully, the new technological advances and ways to stable tokenomics in Web3 will turn things around.