Bitcoin Rewards Are Now Live on The Sweat Wallet 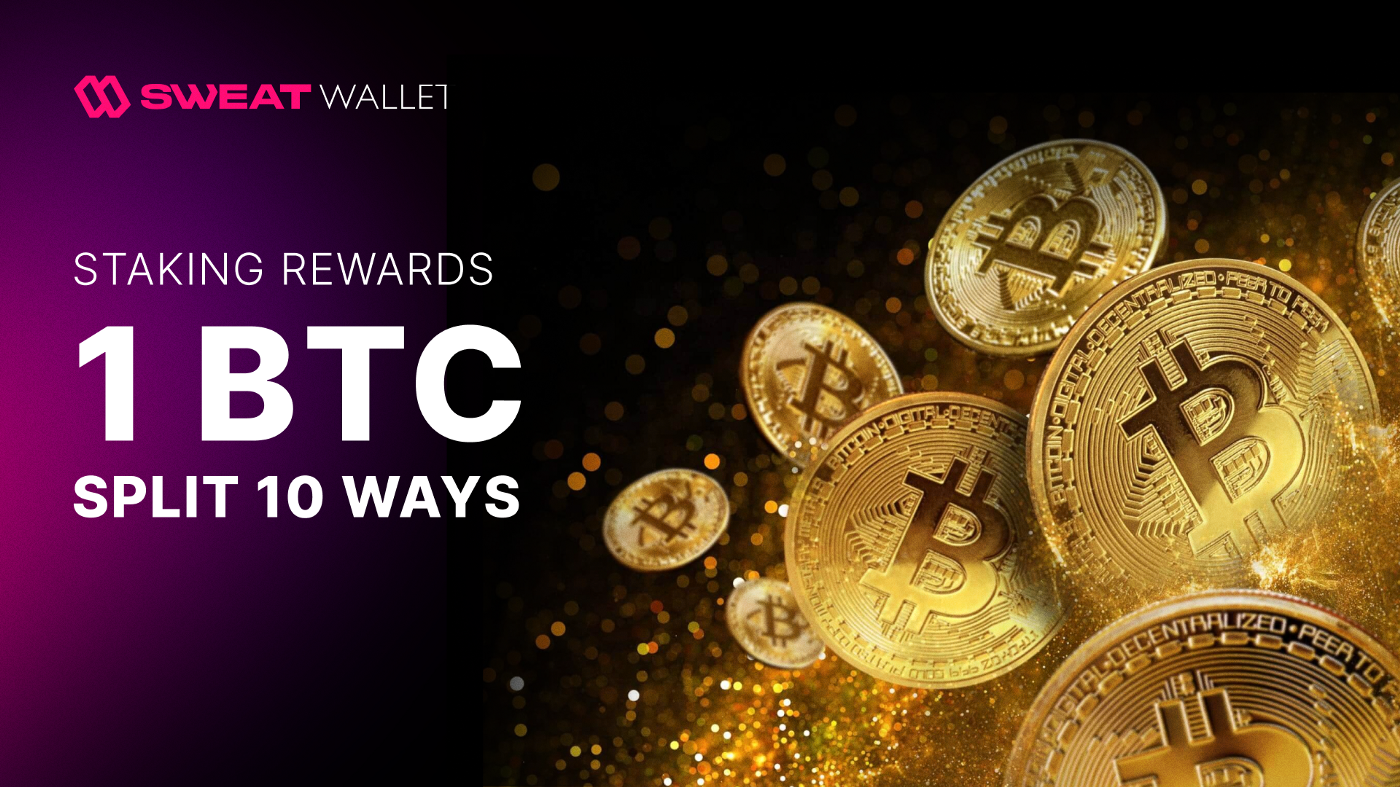 Sweat bitcoin rewards are now live on the Sweat Wallet. The announcement was made today, and it reflects a growing commitment by the move to earn platform to incentivize staking of its SWEAT token.

Like all other rewards that have already rolled out, users will need to stake their coins to stand a chance of winning BTC. The web3 fitness app is now offering one bitcoin to 10 lucky users.

According to the latest pricing on CoinMarketCap, this will translate to around $20,400. The Sweat Bitcoin rewards also come just a few days after the M2E app awarded 1 ETH.

Sweat Wallet has become a valuable platform for brands to display their products.

Why Sweat Bitcoin Rewards Are a Big Deal

Sweat economy is trying to expand the utility of the Sweat wallet by integrating DeFi. As such, the platform is giving loyal fans around the world an opportunity to stake SWEAT, the main crypto of the Sweat Economy ecosystem.

There have been many rewards in the Sweat Wallet over the last 60 days or so. But this is the first time the app is making a major shift towards crypto rewards.

This means that it would be possible for users to earn crypto even without exercise. Until now, users could only mint crypto through movement.

Also, the launch of Sweat bitcoin rewards opens the door for more crypto-staking rewards in the future. Right now, it’s only 1 BTC. But as the Sweat Economy app gains more traction and staking takes off, we expect bigger crypto rewards in the Future.

The Sweat Wallet also started offering cash rewards for SWEAT stakers a few weeks ago. The M2E app announced on October 19th that it would offer around 25,000 worth of USDT. The prize pot was distributed to 10 users, meaning that each got around $250.

It was also the first-time cash rewards were available on the wallet. But it will surely not be the last. The fact that now we are also seeing crypto rewards coming in suggests that the stakes are about to get even higher for Sweat stakers.

Nonetheless, it’s unclear whether the Move-to-earn app will stick with BTC alone. After all, there are thousands of cryptocurrencies out there.

But since BTC and ETH are two of the biggest digital currencies right now, it makes sense for the web3 fitness app to start off with them.

Although Sweat bitcoin rewards and cash rewards are enough to excite most people in the Sweat community, they are actually not the only ones. The Sweat Wallet has worked really hard to diversify the staking reward pool using several measures.

For instance, the move-to-earn project has so far distributed around 11,000 NFTs. The NFTs were offered to over 10,000 users and were directly minted on the Near protocol. In fact, this was the largest NFT mint in Near’s history.

There have also been several key gadgets on offer, including 15 Macbooks and 11 Airpods. Also, the sweat team has distributed six signed football jerseys, including one from Cristiano Ronaldo and another from Leonel Messi. These are two of the greatest footballers of our time.

And still, in that football theme, the move to earn platform has also given out five packages to the FIFA 2022 World Cup in Qatar.

The packages include tickets and hotels as well. Sweat wallet users have also received well over 12,000 gift cards. Nine thousand of these are from Amazon, while the other 3,000 cards are from Adidas.

Unlocking The Marketing Potential of The Sweat Wallet

The distribution of Sweat wallet rewards has revealed incredible stats. It is actually emerging that user engagement through the app is incredible. According to the Sweat team, the wallet has created around 5.2 million product impressions so far.

It has also managed to get 1.2 million opt-ins. We do not have specific details on what kind of opt-ins these are. But it clearly shows that a lot of people are engaged with this wallet. As such, the Sweat team sees this as an opportunity to help brands market their products to the Sweat community.

This has always been one of the plans the move-to-earn project hopes to rely on to generate more revenue for the community. Besides, the fact that the Sweat wallet is getting 5.2 million impressions less than two months since launching is a big deal.

It is possible that some brands may see it as a viable platform to generate sales in the near and longer term.

The SWEAT staking program is also steamrolling as the Sweat team continues to ramp up rewards. The program has already achieved several key milestones.

According to the last update, over 105 million SWEAT tokens were staked. This figure is, however, for September.

Now that we are almost at the tail end of October, it will not be surprising if the total number of staked SWEAT tokens has doubled.