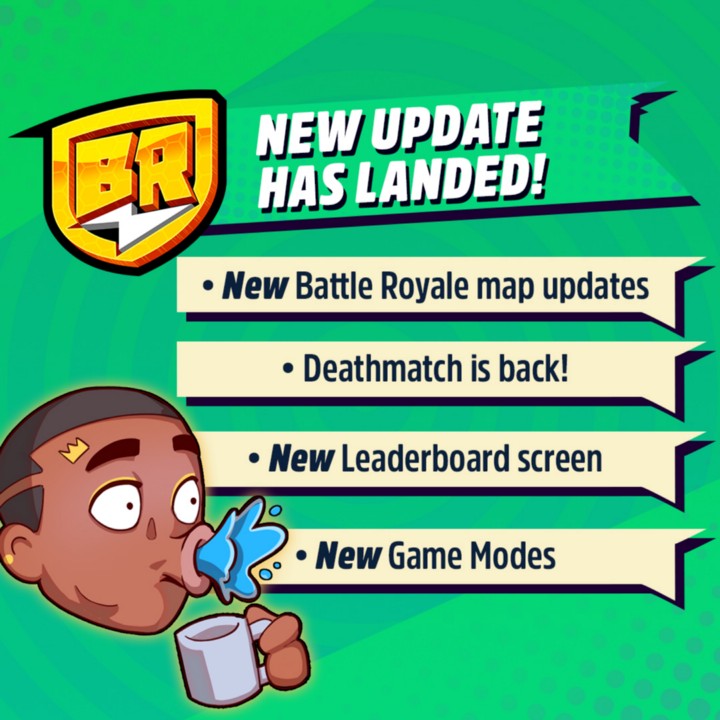 The Blast Royale, on 21 September, announces the return of Deathmatch as well as the addition of some other features to their game. This announcement was made through a post on their medium account titled “New UPDATE! Deathwatch is back & more!”

“A new game UPDATE has just landed, and we’re so excited to share the patch notes with you all!” — Blast Royale | Medium | 21 September 2022.

Blast Royale promised earlier on its website that more game modes would be introduced in the nearest future. These improvements are expected to engage the players over a long period. The new update has some amazing features worthy of exploration.

Blast Royale is a free-to-play Web3 battle in a Battle Royale survival match. It is a “last one standing” model which allows players to be brought up against one another. The challenge’s reward is based on players’ placement in the battle. In other words, the higher the position of a player, the higher the reward. The weapons used in the battle are stored digitally as NFTs on the blockchain.

Also, players can buy or sell equipment from one another on the Blast Royale Marketplace. It is also made possible for players to create new NFT equipment materials as well as upgrade existing ones. The feature that supports this in the game environment is the Replication System. Another important thing to know about the game (and the platform) is the provision of its own digital currency known as the Blast token ($BLST).

The Blast token ($BLST) is an ERC-20 token that can be used in buying, selling, purchasing, and carrying out other actions within the Blast Royale metaverse. Some of the actions that can be implemented using the token include selling or buying equipment, upgrading or replicating items, etc. More importantly, the Blast token holders might have high-class access to some perks and features later, as the pioneer promised.

Web3 and blockchain gaming has influenced the perception of gaming by most individuals. By just participating in the games you love, you get rewarded with perks as well as chances to win several prizes in the blockchain. The concept of “blockchain gaming” has brought in a complete system of competing digitally and earning on it.

For the Blast Royal Web3 game, you can earn some rewards, including the Blast token ($BLST), by contributing to the ecosystem as well as participating in the game.

With the return of Deathmatch come some amazing features of the game. Some of these features will be explored one after the other, including a new game mode section system, leaderboard screen, and battle royal map updates.

With unique modifiers known as “mutators,” players can now explore different game modes on the Blast Royale ecosystem. Presently, there are three mutators for playing in different modes. They are:

While on the Blast Royale battlefield, there are some buttons that players wish could be made available. One of these buttons is the ability to kick the opponent(s). However, with the new feature and system updates comes the “kick player” button. This button allows the match owner to remove players from custom games on the matchmaking screen.

On the main menu of the game interface is a leaderboard screen placed so that players can see their positions and stats as the game continues. As you play more games, you get ranked and start obtaining trophies till you get to the top player position. It is an amazing feature since players now have a cause to stay focused and put in all their strength.

The “Return of Deathmatch” and the new features

The Blast Royale Deathmatch is an important mode that has been halted on the platform for some time. However, with the new updates on the platform comes the Deathmatch, along with several other amazing features. You can find the update in the new system of game modes rotation. Below are the three available spots of the mode:

Blast Royale also announced that the new feature and system updates reduce players’ requirements for the “Ranked” match. The current requirement is now 10 from the previous one, which is 20.

The new map comes with several differences – some overhauling while others are just restructuring and standardizing.

The equipment item feature now has more stats – attack range and pick-up speed. With the “attack range” comes a button that allows you to change the attack range using other gear. This will alter the default values of all the weapons slightly. The “pickup speed” offers you a bonus based on how fast you pick things up. You might wonder why that counts; Blast Royale decides to reward users for their ability to pick items up in the middle of a fight, which is by no mean a feat.

Other system and feature updates

The recent Blast Royale updates are awesome just like the previous ones, and the intention behind it is to increase players’ satisfaction and engagement. Some other features include improvement in some features, buttons, or areas of the game, balancing changes in time of health pickup, large pickup, chest pickup, etc. Also, there are changes in some weapons and adding of new ones. Above all, they have fixed bugs within the game environment. You can check out the comprehensive update here. Till the next update, keep gaming.