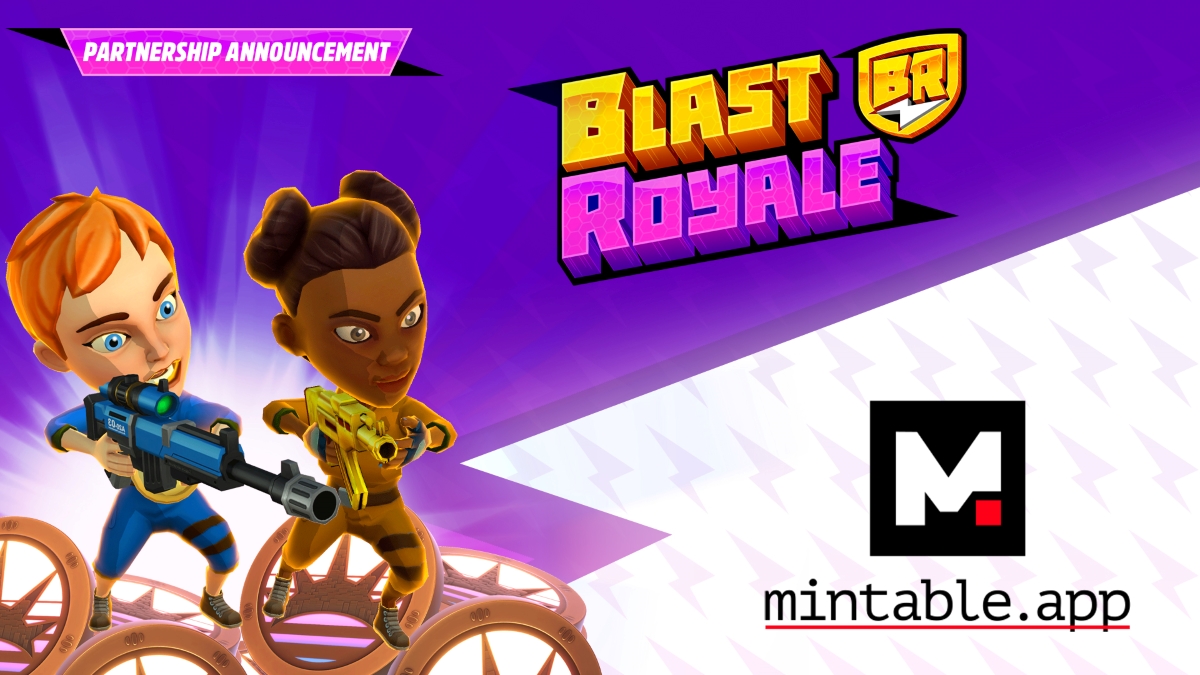 Blast Royale has just announced that NFTs are coming to the popular mobile blockchain game.

Powered by Polygon, Blast Royale is designed to be a fast-paced free-to-play Web3 Battle Royale-style game which has attracted a small following of 11,600 on Twitter since creating its account on November 2021.

“Battle Royale with NFTs is coming. Here’s what you can do with your #NFT items:

Don’t miss out! The first 10 who comment #BetlaBlast will be allocated tester roles!”

Battle Royale with NFTs is coming. 👊

Here’s what you can do with your #NFT items:

🤝 Trade on our Marketplace
✨ Collect & Equip
🎮 Use in-game

Don't miss out! The first 10 who comment #BetaBlast will be allocated Tester roles. 💥👇 pic.twitter.com/6cPf23Hppe

Avid fans of the game reacted, retweeted, and commented #betablast, booking up many of the available slots.

There were still a couple of slots available up for grabs at the time of writing, so if this is of interest, make sure to check out the tweet here.

Blast Royale: When is the update coming and what can we expect?

Blast Royale released a 10-second teaser video as part of their announcement. It said: “Battle Royale… with NFTs. Coming 07/09/22.”

The game’s NFTs will exist in the form of equipment. Players will be able to buy and sell equipment with other players on Blast Royale’s marketplace. They will also be able to upgrade their NFT equipment and create new NFTs using the replication system.

Players will be able to use NFTs in several different ways. For instance, they’ll be able to trade them on the marketplace, collect them, use them to equip their characters, and also use them in-game.

By upgrading their NFT equipment, players can improve its gameplay performance and in-turn, win more games. The price of the upgrade will be based on factors such as the current level and attributes of an equipment piece, as well as its rarity, title, and grade.

Minting will also be possible in the game, but it will be known as ‘replication’ instead. It will involve at least 2 equipment pieces and will require the in-game tokens to complete.

What is Battle Royale all about?

The Battle Royale mode is a gameplay option on Blast Royale which was released in July, 2022. The game follows many similar battle royale-style models.

Thirty players fly into the battle royale map. They then must find their equipment and weapons in chests. Then, they must destroy their opponents using their weapons and skills.

A player must be in possession of 3 different items in order to play a match. These items can include NFTs or non-NFT equipment pieces due to the free-to-play layer.

Players then earn rewards based on their rank in a match. The higher their rank, the bigger the reward.

Here is a brief YouTube video released by First Light Games showing what the gameplay looks like:

What about the August update announcement?

The mode was designed for beta testing at the time, so it was off-chain with no marketplace involved. This meant that players did not need to register, obtain equipment, or use NFTs at all!

The team made several updates, including introducing new weapons like the Scattergun, Hunting Rifle, and Assault Rifle. They also fixed several bugs and generally improved the user experience of the game.

But this update was different in that it still did not involve NFTs. The brand new update promises that NFTs are finally coming to Blast Royale’s Battle Royale game mode.

What is Blast Royale?

Blast Royale is a mobile-first Web3 game with a battle royale style game-play. There are many ways to participate in the new game, including by playing matches against real players, completing events, creating and selling equipment, and taking part in community activities to help the game evolve.

There will be lots of opportunities to win rewards for those interested in the play-to-earn aspect of the game too. For instance, players will be able to participate in tournaments and win rewards if they win, engage in special events to show off their skills, and compete in leagues to win the in-game token Blast ($BLST).

Minigames and limited giveaways will also be available.

This new update has been received positively by the community and promises to deliver lots of NFT excitement to the blockchain game.