Breaking: Sorare NBA Beta Is Out! 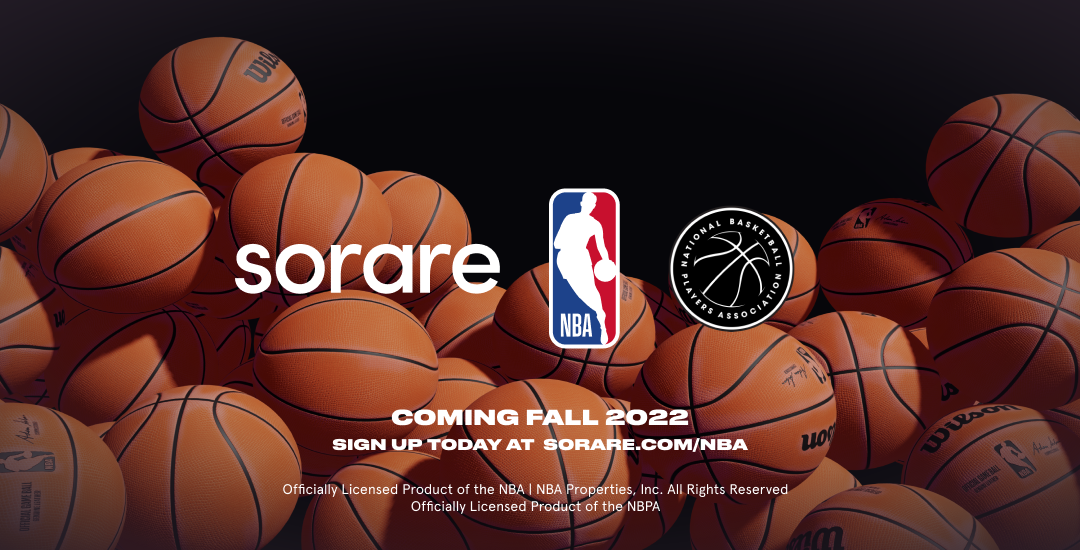 Sorare, the popular blockchain-based fantasy sports platform, has released the first official look of Sorare NBA. The game is also launching a beta that will give NBA fans access to its basketball-themed fantasy sports game.

In a tweet sent earlier today, Sorare also revealed that NBA action shots are in the works and will launch soon. The first Sorare NBA beta is the biggest step toward the official launch of the real game itself. The fantasy sports platform has also ventured into soccer and MLB.

Sorare NBA Beta and Official Look: What We Know

Well, other than a teasing video of Sorare NBA, the team has not given us too many details. However, we still have a rough idea of what the Sorare NBA beta will look like. First, the game features up to 5000 limited cards.

The cards have different rarity levels. The first 1000 are categorized as rare, while 100 others are super rare. Some unique cards should be the peak of the bunch. The rest of the cards are common.

As with Sorare Football, the goal for players is to collect cards, assemble an NBA team, and compete with other users for a chance to win great prizes. Each team must have five players or cards.

We have been tracking the reaction of fans across Twitter to this news, and so far, things are looking up for the fantasy sports game. There is clearly an air of excitement around Sorare NBA.

After all, Sorare has already managed to build a huge community around football and MLB. The NBA was the next big target.

As highlighted by the tweet below, some users are already looking to build their five-a-side teams and challenge each other.

So dope! Gonna see what kinda nba team I can put together

Others have already dived in and built their NBA teams already. We actually saw an interesting one featuring Steph Curry, Chris Paul, OG Anunoby, Nic Claxton, and Ben Simmons.

There has also been a reaction from professional basketball players themselves. For instance, Karl Anthony Towns of The Minnesota Timberwolves expressed his admiration towards Sorare NBA, saying that it is truly something special and innovative.

A few minutes after the live beta was announced, auctions for super rare cards started immediately. The auction was designed to coincide with the official beta launch, and so far, it seems fans are already all in.

At one point, we even saw auctions for two big unique cards featuring Rudy Gobert of the Minnesota Timberwolves and Blake Griffin of the Boston Celtics.

🚨 LIVE on the Marketplace right now 🚨

The live beta launch also comes after the game held its first community event today. The event was headlined by Jay Williams, a retired basketball player who made his name in the early 2000s with the Chicago Bulls.

Sorare NBA is offering fans a chance to win two tickets to a live NBA game to celebrate the live beta launch. This will be a regular season game of choice. To get involved, users simply need to create a five-a-side NBA team.

Screengrab your @SorareNBA starting five with #SorareNBA for a chance to win two tickets to an @NBA regular season game!

There are card auctions already on the marketplace right now for anyone to collect and compete. Once the team is created, screenshot it and tag Sorare NBA on Twitter. A few lucky winners will then be selected and contacted by the Sorare team.

Now, not all Sorare NBA players are eligible for this. For instance, all participants must be legal residents of the United States of America and Canada. However, folks who live in the Province of Quebec don’t qualify.

Participants must also be 18 years and above. Also, once you’ve tagged Sorare NBA on Twitter, make sure your profile is set to public view.

Why Sorare NBA is A Big Deal

Sorare is one of the most successful NFT games in the world. Built on the Ethereum chain, the platform has managed to secure 2 million players from over 185 countries. However, it all started with fantasy football. And it made sense at the time. Football is, after all, the most popular sport in the world.

But in the last few months, Sorare has pivoted a bit to try and incorporate more sports. The first one to launch after Sorare football was Sorare MLB. This is the baseball-themed fantasy sports game that has, so far, attracted nearly 300,000 players.

Once Sorare MLB launched, it was clear that the NBA was next in line. The new beta will allow Sorare to have three of the most popular sports on the planet.

Sorare NBA also underpins Sorare as the ultimate sports fantasy platform in web3. Although platforms like Battle Infinity are stepping up, they are still nowhere close to Sorare.

It will be interesting to see how the NBA will work out. But considering that it’s even a much bigger sport outside the US than baseball, Sorare NBA may be a major driver of growth for the entire fantasy sports platform.