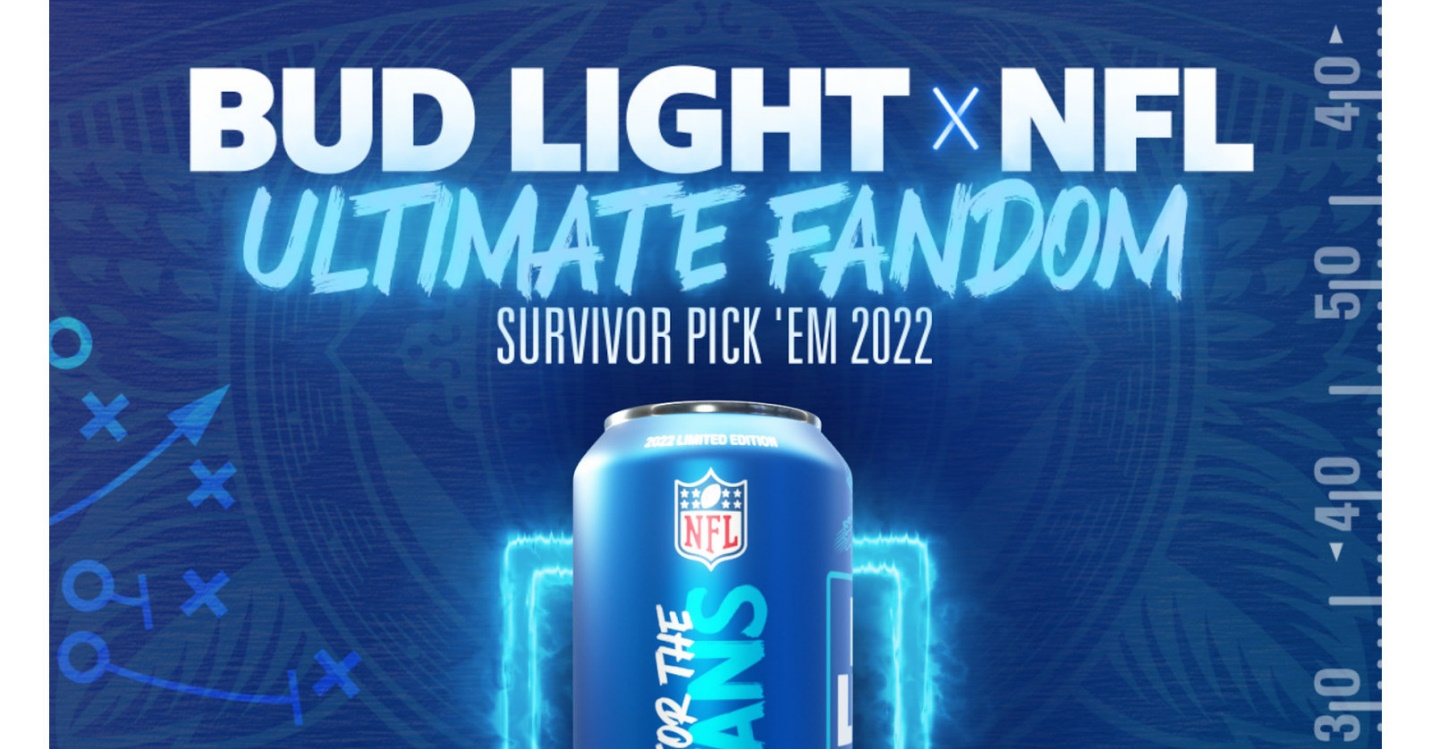 Dapper Labs, a top-grade blockchain game developer, has announced that the Ultimate Survivor Pick ‘Em game organized by Bud Light in conjunction with the NFL has gone live. The game aims to give fans the chance to win fantastic prizes every week during the 2022 National Football League (NFL) season.

“Football fans – it’s time to flex your fandom #onFlow! … Play for a chance to win to tickets Super Bowl LVII. Hold your digital can to get special perks all season long.” – Dapper Labs.

Yesterday, October 3, 2022, marked the launch of the game, which is expected to end on January 8, 2023. During the course of the game, fans can participate in a tournament-like contest. With their participation, they are sure to gain access to exclusive prizes.

However, for fans to participate, they must purchase NFT cans worth $50 each. The NFTs should be bought using a Dapper Wallet, which is powered by Dapper Labs. The NFT-powered game will promote the spirit of fandom and healthy competition.

🎟 Play for a chance to win to tickets Super Bowl LVII
✨ Hold your digital can to get special perks all season long pic.twitter.com/pOcOJ3EsHY

In collaboration with Dapper Labs and the National Football League (NFL), Bud Light has organized an NFT game involving NFL fans all over the world. The game will give fans the opportunity to stan their favorite NFL teams throughout the season. However, an NFT can be used to support only one team.

Also, the NFT collection was released yesterday, October 3, 2022. Now, fans can purchase them using their Dapper Wallets. Afterward, they can support any NFL team of their choice and win week in, and week out.

Prizes to be won in the tournament include branded NFL jerseys, a year’s worth of beer, regular season tickets, as well as tickets to Super Bowl LVII. Furthermore, holding the NFT cans will create amazing chances for fans to win special prizes.

🎟 Play for a chance to win to tickets Super Bowl LVII
✨ Hold your digital can to get special perks all season long pic.twitter.com/pOcOJ3EsHY

According to the contest rules, a participant’s streak goes higher according to how many winning teams he supports. That is, a higher winning streak creates a higher chance for rewards.

Similarly, holding an NFT Can attract season-long benefits which include:

Firstly, players need to be residents of the United States and at least 21 years old.

Now, here's how you play… pic.twitter.com/OQpuqsu9TD

Afterward, they need to pick one team to win per week. However, the caveat is that after picking a particular team, they cannot pick the same team again until the season ends. Also, should they get their picks right, they will build up winning streaks.

Getting A Customized NFT Team Can

To purchase the Bud Light X NFL NFT Can, you should:

Ultimate football fandom is just a few steps away.

The tournament will give fans a sense of inclusion, allowing them to earn rewards based on their free will. In the knowledge of that, Bud Light is partnering with NFL as the season kicks off. The top-spot American beer company is using “Kickoff Beers” to bring alive the harmonious sound of Bud Light being cracked open.

Also, Bud Light will take Kickoff Beers to Hard Rock Stadium during the opening weekend. Before the opening match of the season, between Miami Dolphins vs. New England Patriots, a lucky fan will ‘crack open the season’ with a Bud Light toast in front of the cheering crowd.

“As the official beer sponsor of the NFL and the #1 best-selling beer brand in America, we know there is nothing quite like the excitement of football season coming back,” commented Alissa Heinerscheid, Bud Light’s Vice President in charge of Marketing, who added that “we’re helping fans everywhere start the season right, bringing to life the magical sound of a crisp Bud Light being opened and kickstarting the best time of the year.”

Although the tournament is a commendable move by the involved parties, this is not the first time the NFL will venture into NFT projects. Recently, it announced its collaboration with Mythical Games to launch its first play-to-earn game called “NFL Rivals”.

What Is Dapper Labs?

Dapper Labs is a blockchain gaming platform that focuses on balancing gaming and fun on the blockchain. With its well-designed infrastructure, the platform seeks to “drive mainstream adoption of decentralized technologies where everything is transparent, auditable, and accessible to everyone.” According to the company, “if something doesn’t matter to you, it doesn’t matter to us.”

Bud Light is the biggest beer brand in the United States, gaining control of about 13.24% of the total market share. Since it began operations in 2001, the company has been gaining ground in the American brewing industry. Whether it is a ballpark event, boat ride, or golf course, Bud Light is likely to be present on a good note. In simple terms, it is a true American classic.