Canelo Vs GGG III: Decentraland To Host the Biggest Boxing Fight of The Year 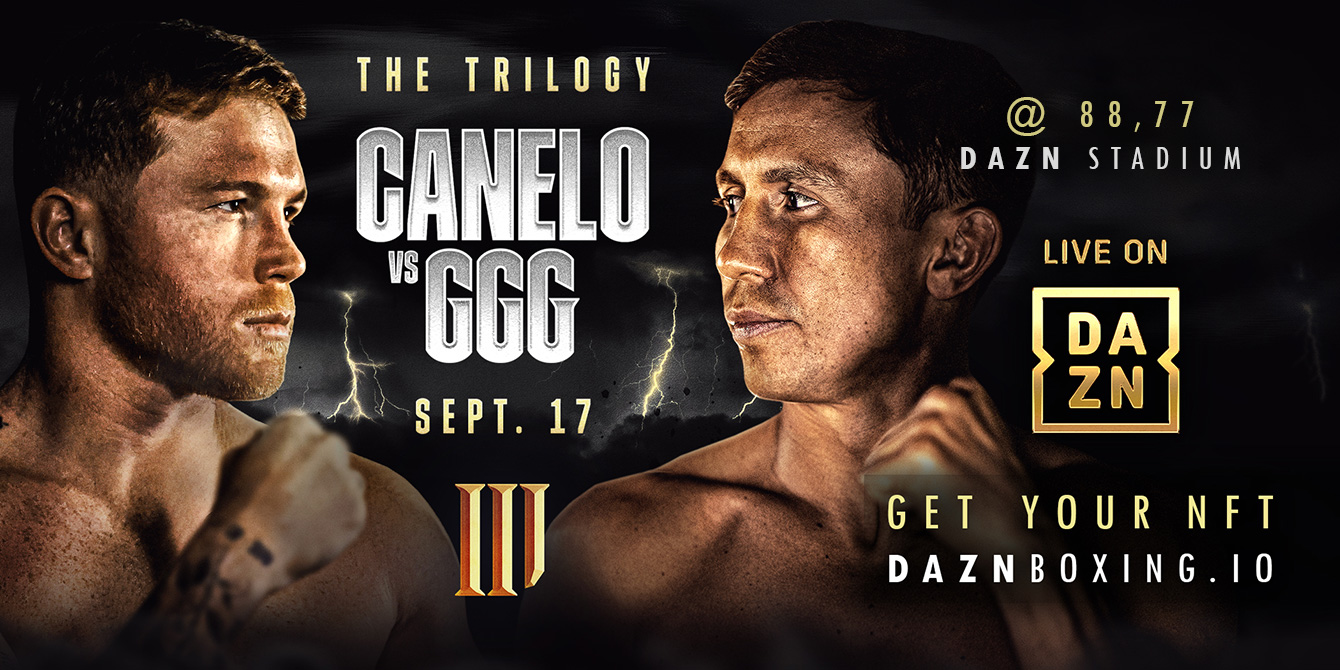 Considering the introduction of new engaging activities into the world of Web3, Decentraland is one place you want to be. In addition to its amazing metaverse features such as LAND and MANA tokens, the platform has never quitted in giving users breathtaking services. And tomorrow, September 17, 2022, another amazing event is coming up.

Decentraland – one of the most popular metaverse games – has announced that a boxing fight will be happening live tomorrow, September 17. According to the announcement, the boxing fight might likely be the biggest fight of the year. But Decentraland is not to decide – the fans are! Will you be there?

Notably, Decentraland is popular for being an outstanding metaverse platform because of its impressive virtual events. The platform has succeeded in hosting quite many events, leaving users in necessary suspense about upcoming events. Top of it all, users can earn on Decentraland, making it one of the best metaverse platforms ever created.

Decentraland announced that a boxing fight will take place at the DAZN Stadium on September 17. The fight will be between Canelo and GGG III and is organized by MichaelK. However, fans need to purchase tickets before they can stream the match live.

Holding at the DAZN Stadium, the match is believed to give more life to metaverse-based events, especially sports. This way, fans will feel more connected to the virtual world, attending events from the comfort of their devices. Decentraland is famous for its engaging events and here it is with yet another one.

The Fans Will Tell

Only the fans can tell if the upcoming fight can be referred to as the ‘biggest boxing fight of the year’ on Decentraland. According to the platform, to be part of the event, fans are expected to purchase tickets. This way, they will be granted access to the DAZN Stadium on their virtual arrival.

Speaking on entries, the ticket is in form of a Canelo NFT, which every attendee must hold. Should you not have a Canelo NFT, you can visit daznboxing.io to purchase one. The price for one is 65 USD.

Also, each Canelo NFT comes with freebies. Per one Canelo NFT, fans will be able to stream live events on DAZN for two months – for free! The streaming service is placed at a 40 USD value. This way, fans can freely tune in to as many live events as possible on the DAZN platform for two months.

Additionally, each Canelo NFT allows fans to access a raffle organized by Canelo. By participating in the raffle, they can earn various rewards, including a Mutant Ape, autographs, memorabilia, and a $25,000 VIP trip to Canelo’s next fight.

A New Wave of Events

While the upcoming match is posited as the biggest boxing fight of the year, you should note that it is not Decentraland’s first. The platform has been serving its users with dishes of amazing events, and they are worth noting.

In March this year, Decentraland hosted its first-ever Metaverse Fashion Week where every fashion lover was invited. Not only that, it hosted a Metaverse Music Festival – an event that featured popular figures like Paris Hilton and DeadMau5. Also, the platform hosted CarlFravel’s Live Music Festival, held at Unity Café.

Similarly, the user-oriented metaverse platform hosted its first virtual marriage – which was a sight to behold. At the wedding, attendees were appreciated with rare NFTs as souvenirs. In addition, Hyundai launched the New Creta on Decentraland, allowing users to get a sight of the newly-designed SUV.

Party lovers are also not left behind, as the Rage Nightclub offers a fun-filled Techno night every Saturday. As if that was not enough, Decentraland hosted the Dice Masters ALPHA Boss Challenge in June. Additionally, the platform hosted the Elvis Block Party, which earned a Guinness World Record.

Decentraland is one of the top-spot metaverse games you will ever find. It runs on the Ethereum network, with a popular native currency – MANA – for in-game transactions. It was developed to function as a decentralized platform where users can enjoy total control of their assets. And so far, it is regarded as one of the most stable metaverse projects of all time.

Not only is the game an entirely awesome virtual reality, but it also gives users the feelings attached to a second life. Well, not the afterlife! But as against former virtual reality models, Decentraland’s design is one with icing on the cake.

While other projects did absolutely well in developing amazing games, to the glory of the gaming industry. However, Decentraland came in through with a brand-new feature – earning. With that, users can earn money which serves as a reward for their time. And you do not have to be an expert-level player to earn on Decentraland.

Additionally, the platform is a practical example of how NFTs can be utilized. From in-game transactions like virtual real estate purchases to getting access to exclusive events, NFTs are used as well as the game’s token, MANA. In summary, it is an amazing ecosystem to dwell in.