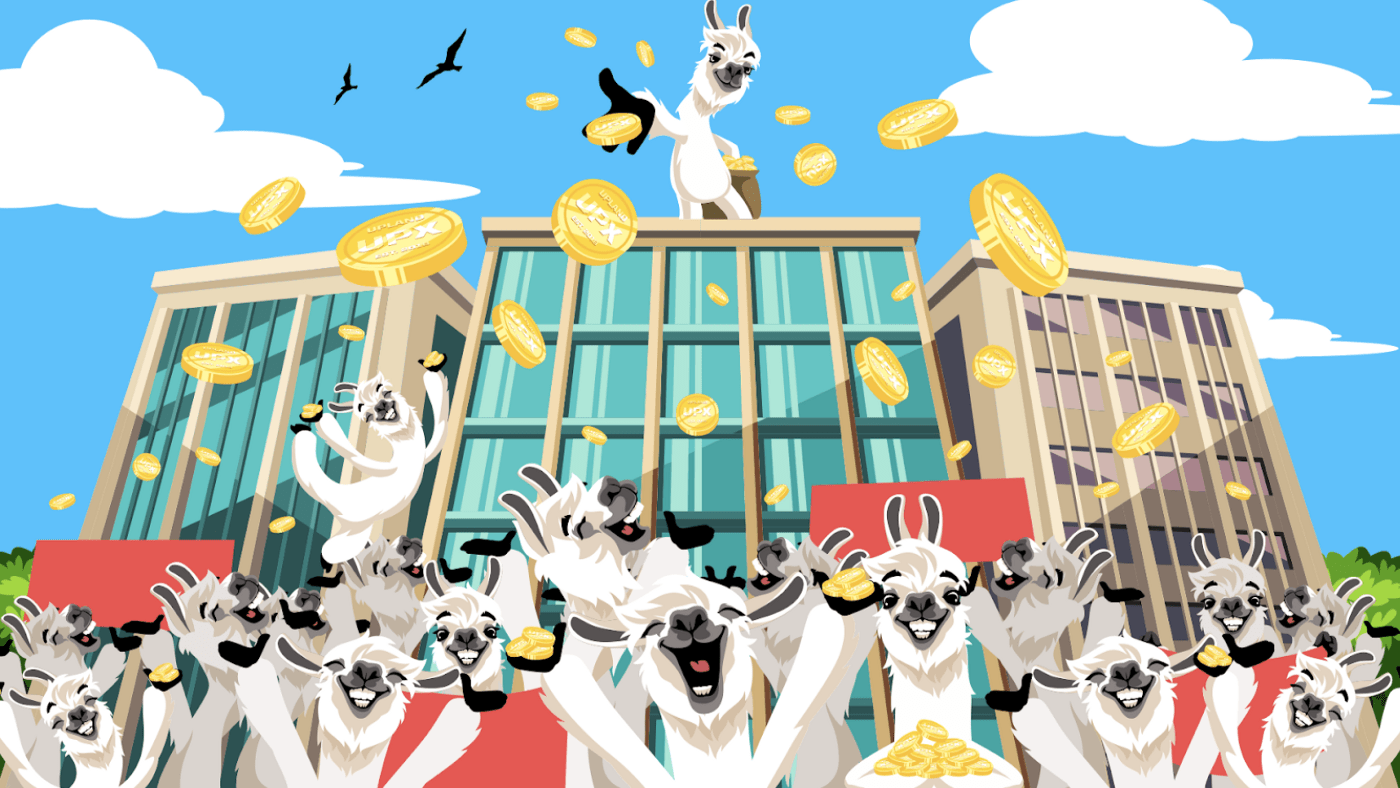 One of the many things the NFT gaming market has done for the crypto industry is constantly re-innovating and coming up with some of the most exciting and interesting projects. We remember when STEPN was launched, and the buzz that it created. The idea of merging fitness with decentralized finance. It can appropriately be described as one of the most solid innovations in the NFT gaming space. Today, we are on the objective of bringing to you some of the cheapest properties in Upland game. Considering there is a big chance that many of our readers don’t have a clue of what we are talking about, let’s serve some background first.

Another huge idea that struck this space was the concept of bringing real estate to a virtual realm. This compromised on sophisticated RPG gameplay, which was the standard back then, but it brought light to one of the concepts that would go on to do well in the market. Perhaps the best-written chapter in the book of Virtual Estate was written by The Sandbox. The metaverse established itself as the face of the P2E gaming industry and maintained that image for a long time. The metaverse offered ownership of virtual land and found a way to monetize that idea very well.

Since so much more of our lives are being spent virtually, the Sandbox understood that owning and operating within virtual property might just be a masterstroke. And, as it turns out, it was. One of the first successful adaptations of the “open-world” concept, The Sandbox is one of the highest valued titles in the space now. Animoca Brands, the name that bought The Sandbox in 2018, is now worth more than two billion USD.

Sandbox vs Decentraland vs Upland?! 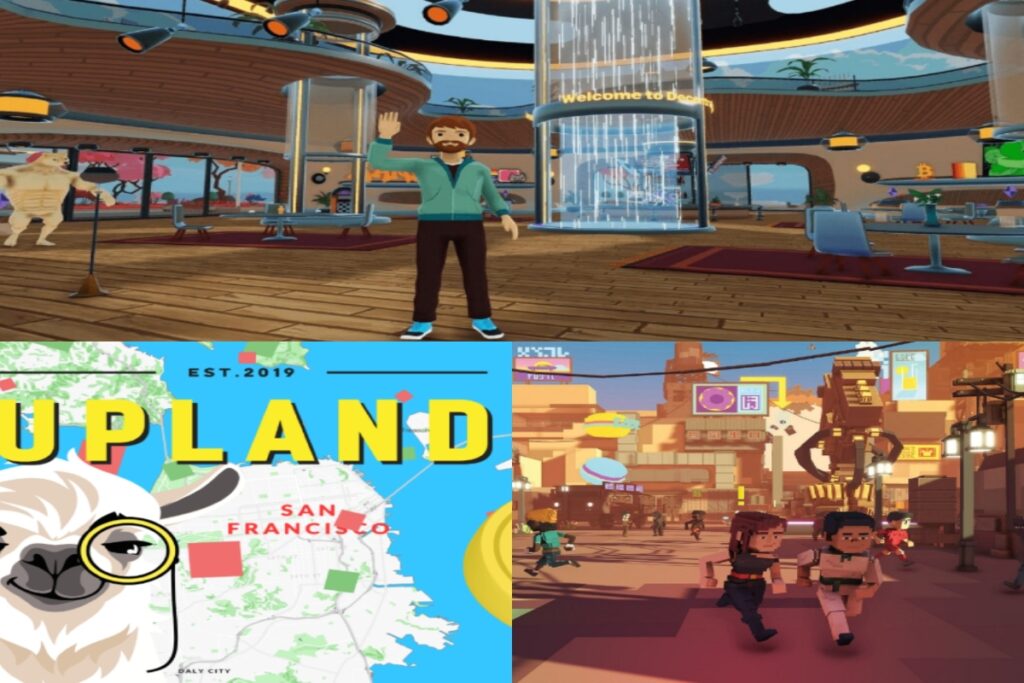 However, we saw in some time that The Sandbox gained a competitor. Although the metaverse had competition from other niches, it faced no direct threat from another title inside its niche. Then, Decentraland appeared. And Decentraland brought with it, the idea of “Decentral Games.” Decentraland was also shrewd enough to realize that adding value to the niche was to be its top priority. Thus, began the process of predator commerce, the metaverse tried to launch a more competitive token that would take Sandbox’s market share. It was also committed to creating virtual services for its virtual realm.

The Sandbox understood the play and tried to adjust its development accordingly, it made a lot of high-profile market deals. These deals with massive clients gave the Sandbox a lot of inflation. As a significant portion of the Sandbox estate was inflating quite massively. Owing to that, Decentraland coped and brought together its innovations. This consistent, and elastic bit of game theory developed the virtual estate niche far faster than any other niche. Even though the RPG niche had far more titles, a disproportionately higher amount of press was being captured by the virtual estate.

But why did we have to talk about the origins of the virtual estate in the P2E gaming market? That is because we feel that bringing up a tale of the past is necessary to make Upland’s emergence more relevant.

Launched in 2020, upland was bringing almost the same product to the market as its more “veteran” competitors. But with one key difference. The difference that makes all the difference. The LAND base of Upland consisted of the real-world estate. Rather than creating its own creative metaverse, rather than mapping out its own unique Geography, Upland simply went ahead and used the world map. Now we know that a lot of people have a whole myriad of opinions on this. But before they offer any, Upland has done far more than just this. One of the best things about the Upland ecosystem provides is a “Property-to-USD feature”. This feature is unique, just to Upland. It allows Uplanders to sell their properties directly in the USD itself, rather than requiring a sale through the in-game token. 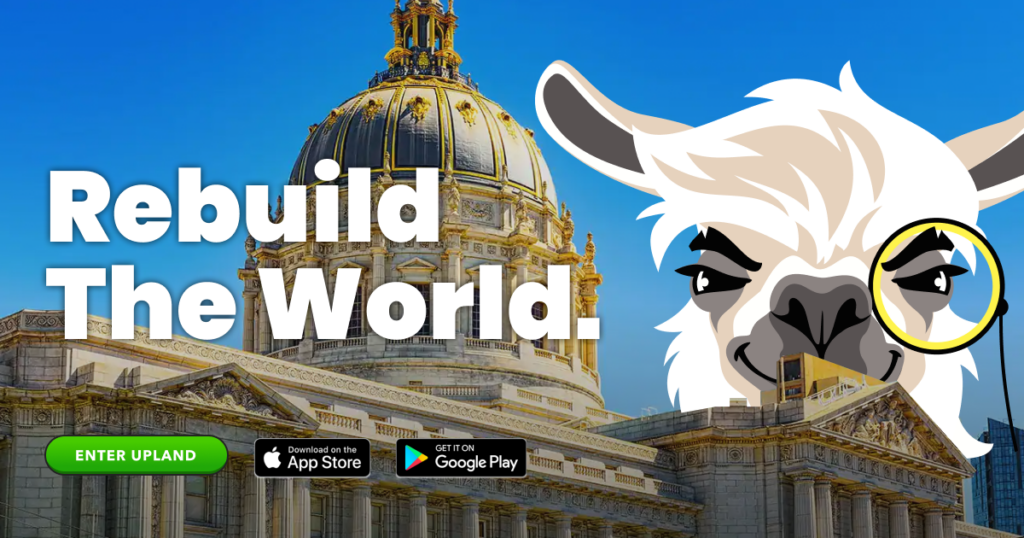 Rather than giving you a list of all features, the pros, and the cons of Upland, we will keep this short. Although Upland has not had the best reviews, and although it does not have the highest rating on the Apple Appstore, what it set out to do was big. It set out to rebuild the world. It set out to make Pyramids live in India, the Statue of Liberty in Brazil, and hundreds and thousands of further possibilities. The reconstruction of the world, now who wouldn’t be interested in that?

Having said that, a lot of people have been critical of the graphical interface and the quality of the gameplay itself. The game fulfils its roles as a de-fi platform, but maybe the market needs to exert the fact that it makes games and metaverses, and not just trading platforms.

Boasting around 70K active members on its Discord channel, the White Llama gang has a tight-knit community. Alongside an active Discord, the metaverse also commands around 101K followers on Twitter. How is that possible when you have competition such as Decentraland and the Sandbox to worry about? Read through the article and hopefully, you would have a better idea.

We understand that we have skipped a lot of intricate details about the metaverse. So here is a link to the metaverse’s whitepaper.

The market has nature. One of the most defining features of a market is made apparent when competitors enter it. This feature is reflected by the “broadening” of the target audience. As the Sandbox got more and more popular, many of its virtual assets inflated at an exponential rate. Then Decentraland came along. It promised a wider range of audiences, it also promised to create a gameplay that was less exclusive than the Sandbox. And now, there is Upland. Upland came and it seems, through the way it does its commerce in the niche, that Upland wants to broaden the target audience further.

It aims to announce to the world how Decentraland has strayed from its values. The values revolved around making the space more and more inclusive. And well, maybe that is not so much the case now. As it is standard market behaviour. Tomorrow, we would expect Upland to stop being inclusive, in the hunt for better market valuations and higher-value deals. Maybe that would be the time for another metaverse to make an entry. It is a cycle, and it is probably here to stay.

Well, you have tried to dig your roots into Sandbox, maybe in Decentraland too, but both these metaverses charge prices far too high. So, you want a cheaper alternative. You browse the net and Upland catches your eye. Before we move on, let us establish the “cheap price” in question. We feel that any price between 10$ and 50$ is cheap, and so that would be the premise of our conversation.

You wanted a metaverse that was talking virtual estate but charged lower prices per property, and you got that. So, you set about researching. You want to know the best properties on sale for the least price charged. This is your article.

How to Find Cheapest Properties in Upland Game

To answer this question, we need to understand why properties are charged at the price they are charged at. Three key factors establish the price of a property. Well, at least in Upland. First and foremost, is the location of the property. This is probably the most obvious variable in determining price. A strategic location means more footfall, more limelight, and more activity than normal. Secondly, we consider the initial mint price. Mint prices have only gone up ever since the launch of the metaverse. They are expected to go higher still, with time. And then lastly, there is a more holistic variable called the overall potential of the Land. The potential is a factor majorly influenced by the metaverse’s valuation of that land.

Probably the most straightforward way to look for cheap lands is through the usage of Upland’s virtual estate analytics. This forum allows you to filter exactly what you need from your property. You can filter by price, potential ratings, region, and by many other very handy metrics.

Alongside the virtual state analytics, there is another feature in the metaverse that was specifically designed to try and level the playing field. It is an attempt from the game to try and give a steadier opportunity of purchase to the starters in the game, against the more established players of the game. It is called the Fair Start Act properties. These cheap FSA properties allow filtering as well. You can filter by sale price, Collections details, Locations, and even Neighborhoods. It is obvious that properties in bigger cities will always be more expensive than the properties in smaller cities. From either of these methods, you can then copy the URL link of upland that you are on, and then paste it onto the marketplace analytics search bar. From there, you can buy the property that you have chosen.

Another method, although slightly unorthodox, is very much usable. Upland optimizer is a bot created by Upland enthusiasts on Discord. Of course, access to this “service” would require that you have a discord account. After a quick search, you will be able to find the bot on Discord, you can then request an instruction manual of sorts, to understand the operational capacity of the bot better.

In a gist, the bot will ask you for some of your preferences, and then find you the optimal property. Here is a YouTube link to a video that can teach you to use this bot. You will, however, have to clarify to the bot whether you want prices to be charged in $UPX or USD.

Despite all the complaints that people might have regarding Upland’s gameplay, its lack of color, and its lack of punch, it is hard to not take note of the work that they have done to establish themselves as a proper virtual estate trading platform. The entire analytics regime that they are using, which makes life easier for their players, is the kind of gesture that goes a long way in establishing brand image.

We hope that this guide will help you to find the cheapest properties in Upland game, and maybe you can grab some profit for yourself too!