Clash of Moland is Kicking Off Tomorrow! 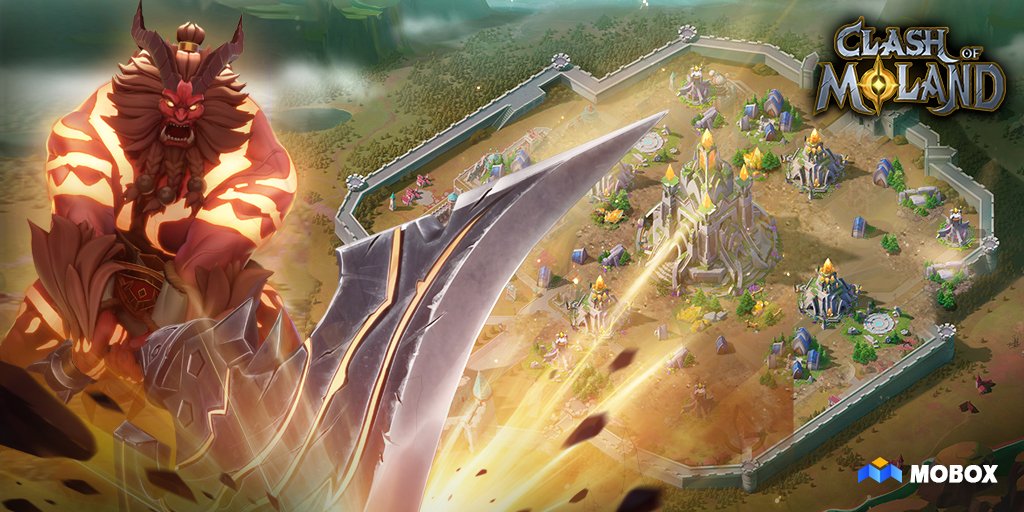 Season 1 will begin on the 22nd of September, and it will end on the 19th of October at 3.00 UTC. We’re going to be talking about the new game release along with some awesome game features. Let’s get started.

What is Clash of Moland?

We’ve written about the exciting MOBOX game before, but why not delve into the details even further? Clash of Moland is an exciting play-and-earn blockchain game built on the BNB chain. The beta test for the Clash of Moland game was previously in its beta stage but moved forward into its alpha phase with no issues.

It was a crucial opportunity for the developers to perfect the game as much as possible. During the beta, reward pools were offered to incentivize the community to get playing. One of these reward pools unbelievably featured a huge reward pool of up to 3000 MBOX tokens.

In Clash of Moland, players can compete and battle in three tiers. Of these tiers, there are the prosperity, arena, and prestige tiers. The top three players from each tier in the beta received the rewards we mentioned above.

Clash of Moland has some awesome gameplay elements. The three main aspects of gameplay are the world map, castle, and territory gameplay modes. These gameplay modes feature some facilities for your player, such as a hospital for wounded soldiers during PVP battles.

The whole idea of Clash of Moland is to build your empire in world-building style gameplay. Once you have built your world, it is your role to take care of your world, build your empire, manage world resources, and conquer any additional territories to expand your world even more. In the game, you can build up your empire and sell and trade resources in order to play and earn.

Rewards in Clash of Moland

In Clash of Moland, you can earn rewards. During the alpha test, all participants were awarded 2,000 MBOX and 20,000 MEC airdrop rewards every 24 hours. There are three leaderboards, and players must reach the top point on these leaderboards to obtain rewards.

As we mentioned in the three tiers (arena, prestige, and prosperity), the top three players will be eligible for rewards from reward pools. Also, EXP points can be obtained in gameplay on the World map.

Events in Clash of Moland include harvest time, battle cry, and siege of the city. During harvest time, players can get double rewards for collecting resources.

In battle cry, players can also get double awards for battles with Orc Marauders. During the siege of the city event period, multiple No Lord Cities will be set as targets. All members of the alliance who targeted this city will receive event rewards.

Clash of Moland is Kicking Off Tomorrow!

So, as we know, Clash of Moland enters season 1 tomorrow. We truly can’t wait, and we think the game will be an amazing addition to the MOBOX ecosystem. In a Twitter post, MOBOX announced that during season 1 of Clash of Moland, the MEC production will increase by 25%.

We have some amazing surprises in store for you!👀

If you are as EXCITED as us -give us a Woop! Woop!! 🙌 pic.twitter.com/OjqUD5xVLF

Each player can participate in season 1 of Clash of Moland by going to the menu on the MOBOX homepage. The MOBOX developers are adding 50,000 MBOX tokens into the season 1 prize pool, with a total supply pool of 950,000 MBOX and a total of one million MBOX as the game start-up bonus.

As we mentioned, during season 1, you can gain a 25% bonus on the MEC you mined at the monument. The top 1000 users on each leaderboard will get rewards at the end of the season. These leaderboards will be prosperity, arena, hero, and prestige.

Clash of Moland is here, and we’re super excited. Although some details are not yet out, we’re sure it’ll be exciting to check out all the new features on the MOBOX ecosystem.