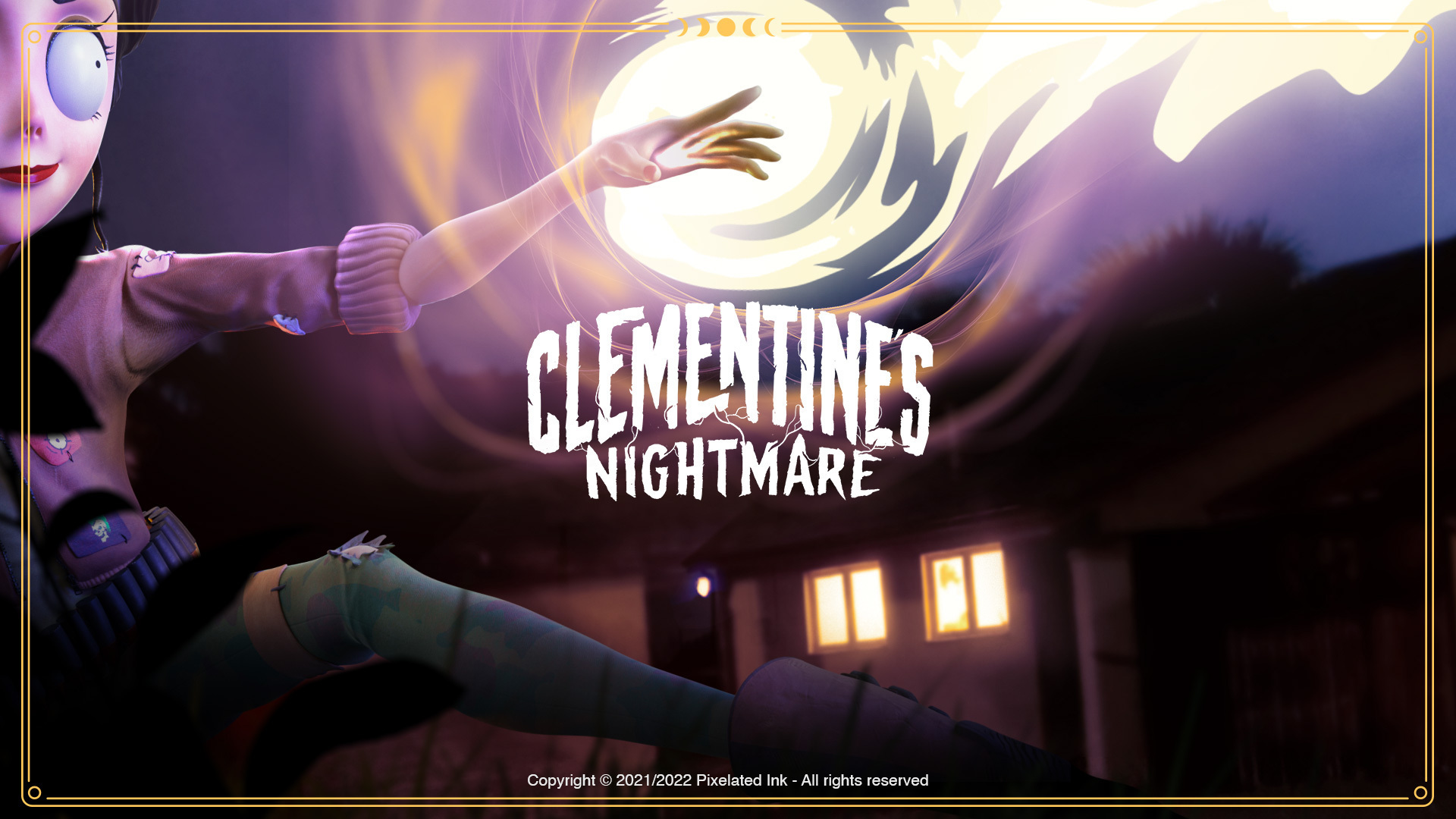 Clementine’s Nightmare is one of the more upstanding titles that have recently arrived in the P2E NFT market. The game expects to launch soon on pc and mobile. The game offers outstanding graphics and gameplay at first sight. It does offer itself as something comparatively new in the market. The game is classified AAA, which usually means that the game is high-stakes, high-budget, and high-profile. It generally also means that the game is produced and brought to the market by an influential publisher. The game features different characters as Clementine’s nightmares, that make the game so much more fun to play. But hey, that is just a first impression. Read the article down below to figure out How to Earn from Clementine’s Nightmares and a lot more about what the game offers.

What Really is Clementine’s Nightmare?

Clementine, the main protagonist in the game, takes us into her dreamy metaverse. This metaverse is created and sustained by her nightmares. These nightmares enter the real world and wreak all sorts of havoc. The fortunate people of her town were able to escape, while the unfortunate fell prey to these freaky nightmares. However, all hope is not lost as Clementine, and her friends discover forces of the light that are there to help her defend against these nightmares and restore peace and prosperity to her world.

The website has purely focused on revealing some of the characters that are bound to be launched as NFTs and as characters. Due to the fact that this game is only in a phase of development, there is not much that is known about how exactly the game would pan out. Would it be a shooter game? It is bound to be an RPG, but what else? And we believe that having a certain level of anonymity around the game’s mechanics before the launch is always good. The surprise factor allows the game to retain a lot of the hype and deliver on a lot of its promises.

The featured characters belong to 5 factions, with two characters in each faction. It is believed that players would choose which character they want to play, and this would create the ideal PVP scenario. Where rebels like Clementine and Aerosol will fight nightmares like Morde and Ghaxx, either restore light in the world or sustain the darkness. Then there is the beast faction, which includes Stagg and Flicker. And then we have the darkness-influenced humans called misfits which feature Jack Carver and Ciaran Black. These factions will co-exist, create alliances, nurture hatred, etc., all in this one metaverse. 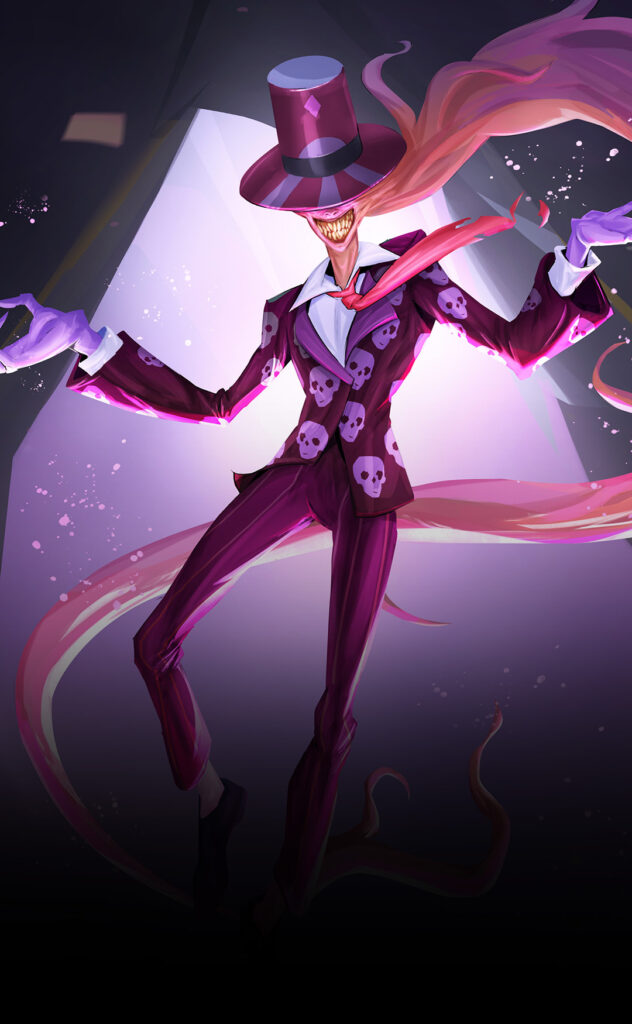 How to Earn from its P2E Model

Although the game is still in its pre-launch phase, there is not much that can be revealed about the actual P2E model that the game would use to earn and circulate money in the metaverse. But what can be revealed is that from the Genesis collection, the ten characters from the five factions that we have talked about in the paragraph above. These characters will have several NFTs created from their art.

Like every other NFT game in the market, these NFTs will have a value attached to them through the $INK determined by the trusty forces of demand and supply. These 15,000 NFTs would be registered on a secure blockchain network. Now, we hope that we do not need to re-dictate the massive benefits a game and its players enjoy once it is attached to a lean and salient blockchain network as we have done so, so many times before.

The game is set to launch airdrops (mentioned ahead) that will consist of cosmetics for the NFTs and other in-game assets (packs, to be specific) in the metaverse. This is bound to create ownerships through the usage of smart contracts. Another common practice in the industry. This ownership will induce transactions even before the game’s launch, and the $ INK will power these transactions. Now you might want to pay attention to this, all these tokens will also be released through airdrops in the pre-launch period to facilitate this commercial activity in the metaverse. So it would give anyone that gets hold of these tokens right in the pre-launch period a huge competitive advantage.

The game has been able to amass more than 130K followers on Twitter, EVEN BEFORE its launch. That is Impressive! We also notice that so many games can get followers, but there is close to no real activity on these pages. However, that is not the case with Clementine’s Nightmare as there is a ton of conversations and activity on each post they put out.

Additionally, the game has gathered 8K followers on Instagram. But, what’s even more exceptional is that the game has more than 50K members on its Discord channel. Lastly, the game has been able to convince more than 3K people to buy into it through the Opensea collection. And it can’t be overstated that this is all BEFORE the game has even gone live.

Now, bear with us here, as we were surprised to find information about the team on the game’s website. Surprisingly, a game of this caliber does not give out any information about its core crew. But then we saw what powered this game, and that put our concerns to rest. “Petrolad”, you may not have heard about them, but you definitely must have heard about some of their games. Petrolad has worked on producing the graphics for Call of Duty Vanguard, Assassins Creed: Valhalla, Mortal Kombat, Doom: Eternal and believe me, the list goes on and on.

It was reassuring to know that we are finally getting a Petrolad title in the P2E NFT gaming industry. Petrolad is responsible for bringing at least 1500 games to the gaming industry, and about one hundred of these are said to be AAA-rated. Believe me, when I say this, that is an AUDACIOUS effort! However, the individual members of the team did make sure that they left us with at least something about the core crew. They recorded an AMA interview on YouTube, which is readily available on this link.

The journey that the team is anticipating starts off from the NFT presale phase. This was effectively done through a hall pass event. This correspondingly led to phase 1 of the NFT launch. Phase 1 concluded on 18th February 2022, with about 5,000 NFTs that were put on sale. Now the game looks forward to launching its phase 2 very soon. The presale for this phase will be done through public events. This will consist of about 10,000 NFTs.

The core team realizes how important it is to keep the minds and hearts of players captivated by the game. And so, the team has planned several Airdrop events that will release additional NFTs and the in-game token, i.e., $INK. This will be followed by the story release and Alpha/Beta launches on PC. These launches will first be allowed through private invitations and then through open invitations. Both these invitations will be Holders-only.
From then on, the game will enter the last phase of pre-launch. $INK token launch will be followed by its P&E launch mechanics. Once this is done for PC, Clementine’s Nightmare launch will be concluded when the mobile counterpart is done too.

Clementine’s Nightmare looks to us as one of the more appealing offerings in the industry in a long time. Its association with Petrol is one of the major selling points. This wave of success that already seems to be commandeering  so much traction on the game’s socials will surely see out many concerns that early birds have about any sort of ambiguity about the game. Added to this game’s collaborations, the artwork that this project is putting forward is incredibly appealing. Clementine’s Nightmare looks like Petrolad is producing it, which is always a defining indicator.

However, there is still a lot that we do not know about the gameplay itself other than a little bit about the characters that we will see in the game. We are unsure how the game will entertain PVP and PVE modes (if any). Would it feature a card game of sorts? Would it have boss fights? There are lots of questions that are yet to be answered, but it’s natural for a game that’s in pre-development. However, there is no denying that there is a ton of hype around this game.