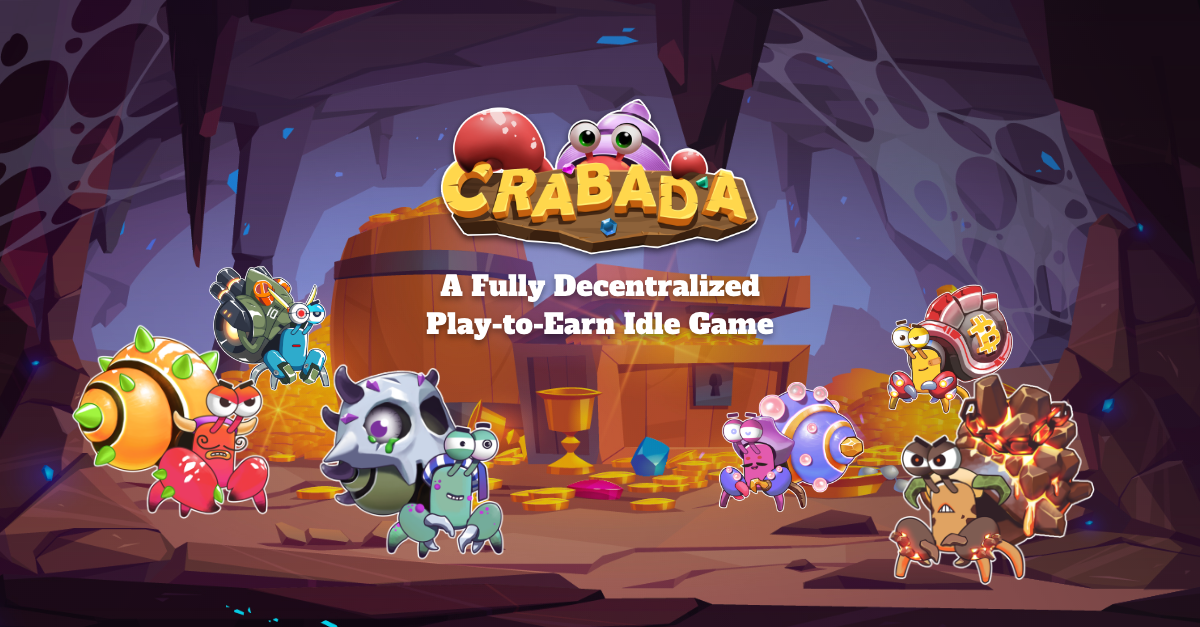 Welcome to Crabada’s world. Explore the affluent old Hermit-Crab Kingdom that was formerly governed by Crustaco, King of the Crabada. Recruit ardent supporters for your cause. Mine for vital resources and breed new fighters for your army. Loot foes or unsuspecting miners, seizing your rightful part of their riches.

Will you be the one to succeed as Crabada’s King? Will you plant the seeds of strife across the land, or will you sow the seeds of peace? The world is your oyster. They will soon tremble when they hear your name.

The ancestors of the six crab groups are legendary fighters from a bygone era. Each has its own set of strengths and abilities inherited via breeding.
Choose from eight Crabada classes, each having eight Breed Types that have unique warfare skill sets. 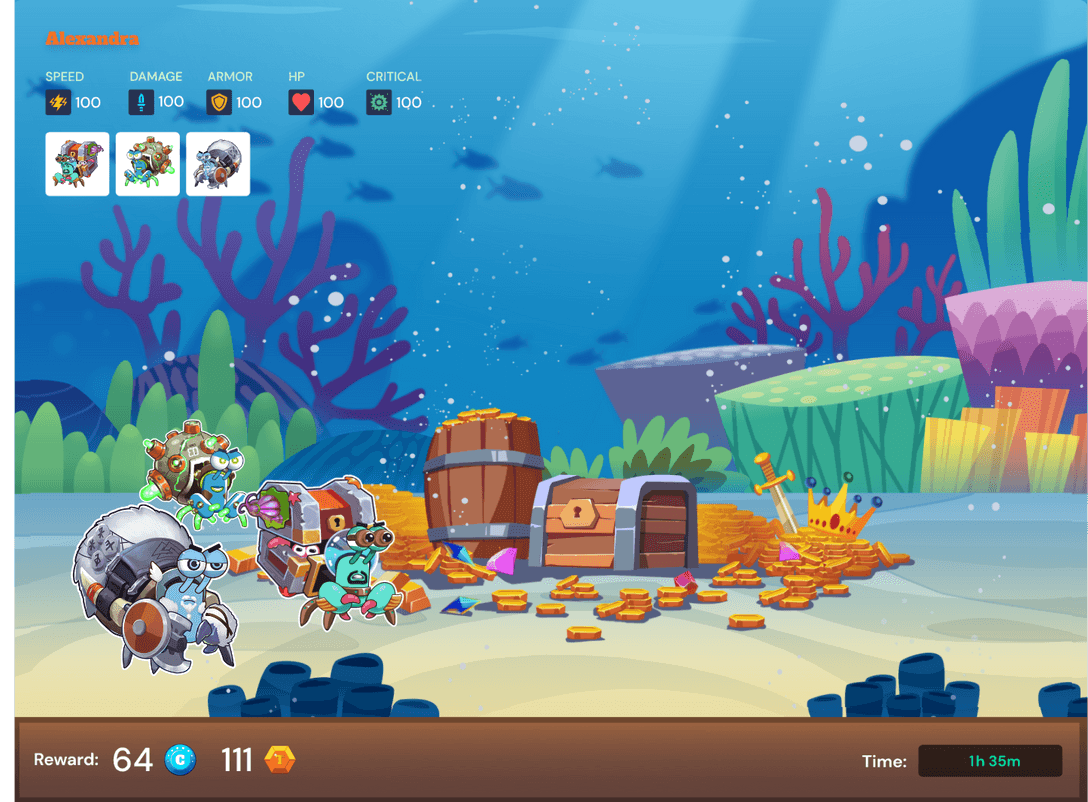 1. Prime crabada can boost your mining expedition by 10%.

2. Faster Crabadas can cut your mining expedition time by up to 30 minutes.

4. During the first 0.5 hours of the attack, defending players might request reinforcement. Within 0.5 hours, the attacking player can retaliate by summoning his support. If the defender decides to call in more reinforcements, the attacker can respond in the same way as described before.

5. To produce progeny, players can breed two crabs. Breeding necessitates the use of some CRA and TUS, the amount of which is determined by the number of times the crab has been produced. More information is available here.

6. It takes five days for a bred egg to hatch.

7. Crab offspring have a 50–50 probability of inheriting their father’s or mother’s class.

8. There is a 0.07% chance of genetic mutation when breeding crabs, resulting in a rare crab with enhanced stats.

Deploy your armies to mine for great treasure and prosper in the prosperous rediscovered undersea Kingdom!

Crabadas are productive assets that can be placed in the world’s undersea mines. First, players must form a Mining Party (comprising 3 Crabada). Following that, players must choose an empty mine and deploy their Mining Party. The diligent Crabada will begin the process of digging wealth without the need for player supervision.

Raid other players who are mining for riches and get your fair share! But be wary of vengeful adversaries!

To begin, players must create a Looting Party (comprising 3 Crabada). Following that, players decide a mine from which another player is mining and deploy their Looting Party. The Crabada will then initiate claw-to-claw combat against the Mining Party. Depending on whether the Mining Party sends reinforcements to defend their mine, each Looting Mission will take between 1 hour and 2.5 hours.

Only the strongest will survive! Create your troops by breeding descendants of The Golden Crabada Era. 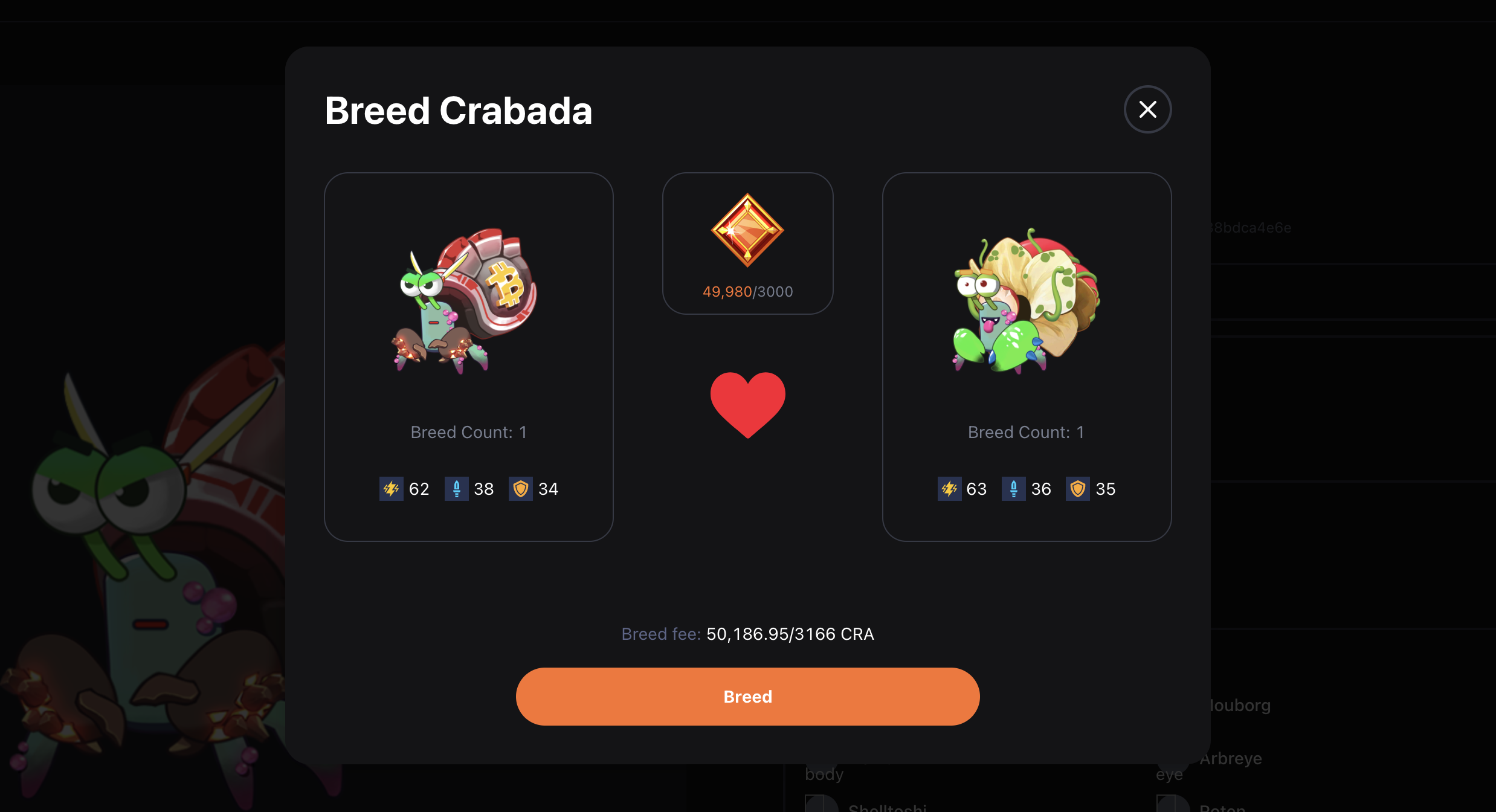 To begin breeding, players must have two Crabada that are qualified for breeding, as well as enough Breeding Material to cover the Breeding Cost.
Crabada can be bred at any time as long as the breeding criteria are met. Each breeding activity generates a blockchain transaction, and breeding is complete once the transaction is confirmed on the blockchain.

Firstly, begin your conquest with a battle! Purchase new lands and resources. Your oyster is the entire globe. (To be released soon)

In Crabada, gamers are rewarded for their time spent playing with two tokens, each with a unique utility. $CRA is the game’s governance token, which can be obtained through staking or by playing the game itself.

Treasure Under Sea ($TUS) is Crabada’s second token, and it acts as in-game currency gained while mining, looting, and leading crabs. Because of their gaming utility, both tokens became attractive as investment alternatives for investors.

Finally, Crabada needs players to purchase a set of three crabs to participate in each combat. Players with more powerful Crabada NFTs can use special skills to defeat other players. Each player can improve their crabs by spending $TUS, the in-game currency.

An in-game token obtained by looting, mining, or other means. Players can use it to buy crabs, pay borrowing fees, and so forth. 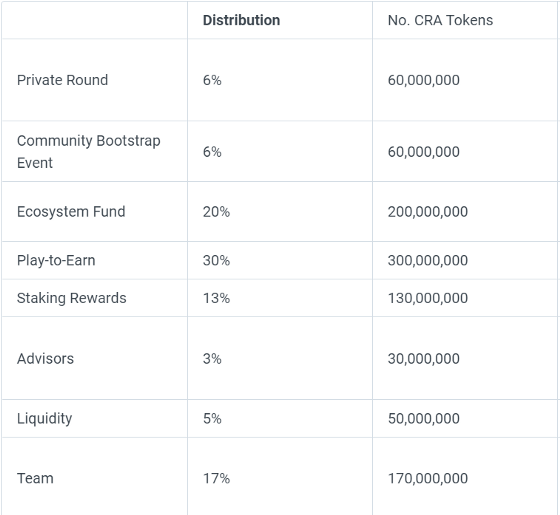 To obtain CRAM, stake CRA for 21 days. CRAM can be used to get more crab spots in-game and in-game benefits and exclusive gifts. Here’s more on staking.

The team consists of ten members; some of them are anonymous. A team that consistently delivers and adheres to the roadmap. 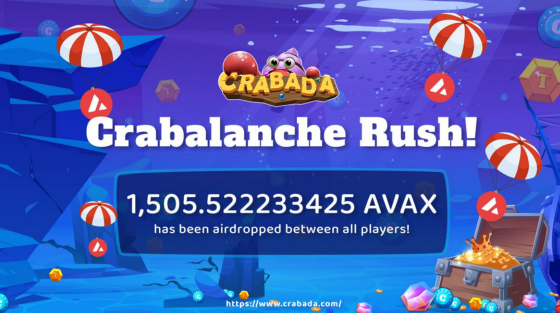 The Avalanche Foundation has introduced a new reward scheme for many apps that operate on the Avalanch ecosystem. One of them is Crabada. Where active players will receive $Avax tokens via airdrop every week based on their in-game behavior

Crabada, in my opinion, is an underappreciated P2E game. It’s enjoyable to play a working game with an ambitious plan and a staff that consistently delivers. Stay tuned to PlayToEarnDiary to get the latest developments like Crabada’s New Arena Mode.