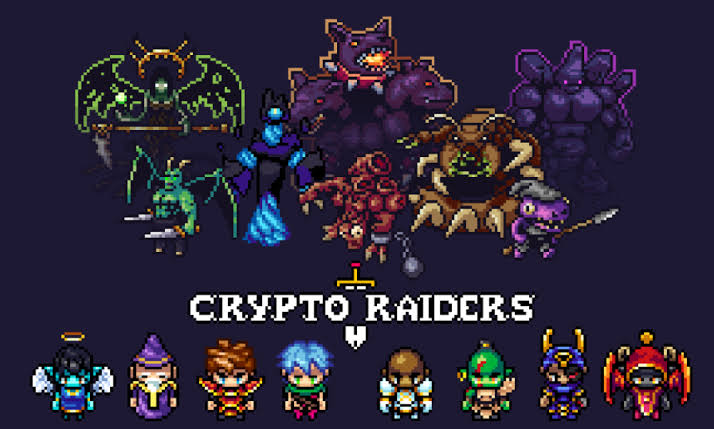 Crypto Raiders is a compelling play to earn crypto game with a pixel RPG-styled gameplay. Built on Polygon Matic, the game allows players to use its pixel characters to fight, loot dungeons, steal resources and also earn rewards. 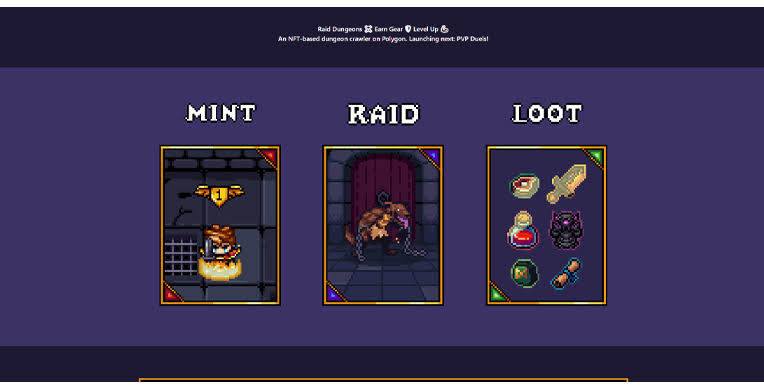 The utility game is inspired by top RPG games like World of Warcraft and Zed Run. To start exploring the lands of crypto raiders, players must buy an in-game character. Characters are NFT collectibles that players can buy from marketplaces like Opensea. They are also customizable to produce unique heroes for every player.

Apart from this, players can also own MOBS, NFT characters that can be found in enemies’ dungeons.

How To Play Crypto Raiders Game

As mentioned earlier, the first step to exploring the game is by acquiring NFT characters called Raiders. Raiders are available as NFT collectibles on Opensea at a 0.1 ETH Floor Price. Apart from this, players can recruit Raiders from recruitment events dedicated to increasing in-game heroes at a low cost for players. 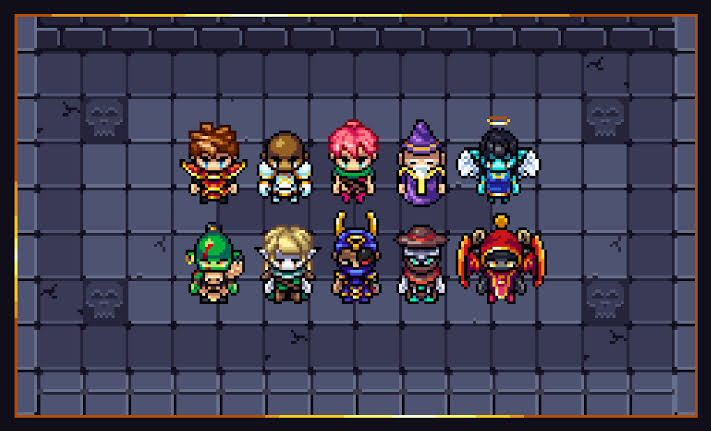 As the game’s main NFT assets, the Raiders have different unique characteristics, attributes, and rarities that aid their ability in battle. Meanwhile, their attributes also determine their price variation.

Once a player has their Raider ready, they can start exploring the gameplay by creating a gaming account and connecting their Metamask wallet. 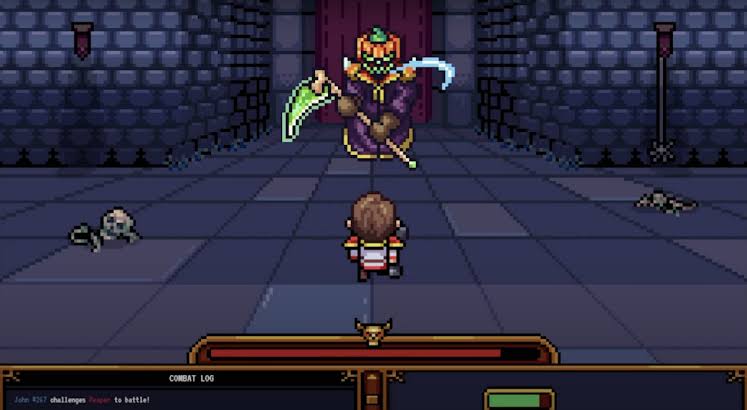 The gameplay dwells basically on earning from raiding and looting dungeons. Players can also earn by fighting and defeating enemies in their turfs. With this, they can strip their enemies of their resources and loot, thereby earning token rewards and also keeping the assets for exchange in the marketplace. Therefore, the more complex the raid, the higher the rewards.

One distinctive feature of the gameplay is the Permadeath feature. With this, if another player defeats your Raider, it will die permanently unless you have reincarnating or special buff items. Also, equipped gears will also become useless once they die. Therefore, to preserve gears and in-game heroes, players must walk valiantly through the shadow of death in the dungeon.

The Permadeath feature seems a bit too extreme for a good investment. However, this feature has been introduced in top games, including Axie Infinity. However, it can affect asset values in the long run. Meanwhile, the game’s devs can improve this feature to further foster a community-driven economy in the future.

Apart from dungeon exploration and special quests, players can also explore other game modes with other players. There is a PVP game mode where players can square out with their friends for a spot on the game’s leaderboard. They can also compete in special in-game tournaments and seasonal battles.

Crypto Raider’s ecosystem is governed by a dual token economy of well-established token assets. They serve many purposes, including facilitating in-game and marketplace transactions, utility purchases, and governance decisions. The two tokens are the AURUM token and the Raider token.

Players can earn AURUM by mainly participating in different game modes and quests. Meanwhile, the higher the level of the mode or quest, the greater the token reward. Players can also earn up to 30% AURUM by creating Gen 1 Raider characters. Additionally, they can earn by staking RAIDER tokens.

The second token, RAIDER, is a secondary in-game token that governs decision-making activities in the ecosystem. It also has some useful in-game use cases. Meanwhile, players can stake their RAIDER token for a share of the AURUM reward prize. Players can win the token through various gaming activities like breeding, crafting, earning Aurum, and exploring dungeons.

Earning RAIDER tokens passively via staking is another important passive earning method. With this, players can lock their tokens for a high reward yield for 3 to 12 months. Meanwhile, staking RAIDER tokens will also give holders extra in-game perks like special voting rights, gear, and special access rewards.

The game’s main NFT assets are the in-game characters, the Raiders. They come in varying attributes and rarity levels, which also determine their prices in the marketplace. Raiders belong to different races and generation levels from one to seven.

Another important asset is the Raiders’ gears. They are important add-ons for Raiders to fight and loot in the dungeons. Meanwhile, players can buy gear to improve their players’ performance in-game or earn them from raids.

Crypto Raiders will feature an interactive marketplace for its players. The marketplace will allow players and community members to interact economically by trading and exchanging NFT assets freely. The main currency of the marketplace will be AURUM. Meanwhile, a 2.5% transaction fee will be deducted as an addition to the game’s staking reward pool. 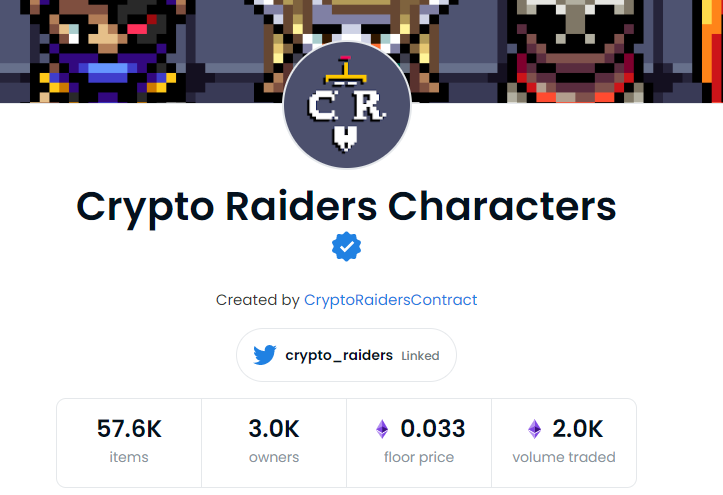 However, players can also trade their assets on external marketplaces like Opensea.

Although the game is still in early development, it has benefited from several exciting developments. In fact, it has a large social presence of more than 25,000 Twitter followers and 19,000 Discord community members.

The game’s roadmap features thrilling updates to the game’s ecosystem. Meanwhile, the Permadeath system can be a potential red flag for some players. However, it is important to understand the game’s focus on balancing exciting gameplay with competitiveness.

The game will feature a recruitment process to allow for more players into the game’s ecosystem. Development of gaming mechanics will follow through its dungeons and guilds.

Looking for more P2E games? We’ve got a list of 21 more for you to browse.