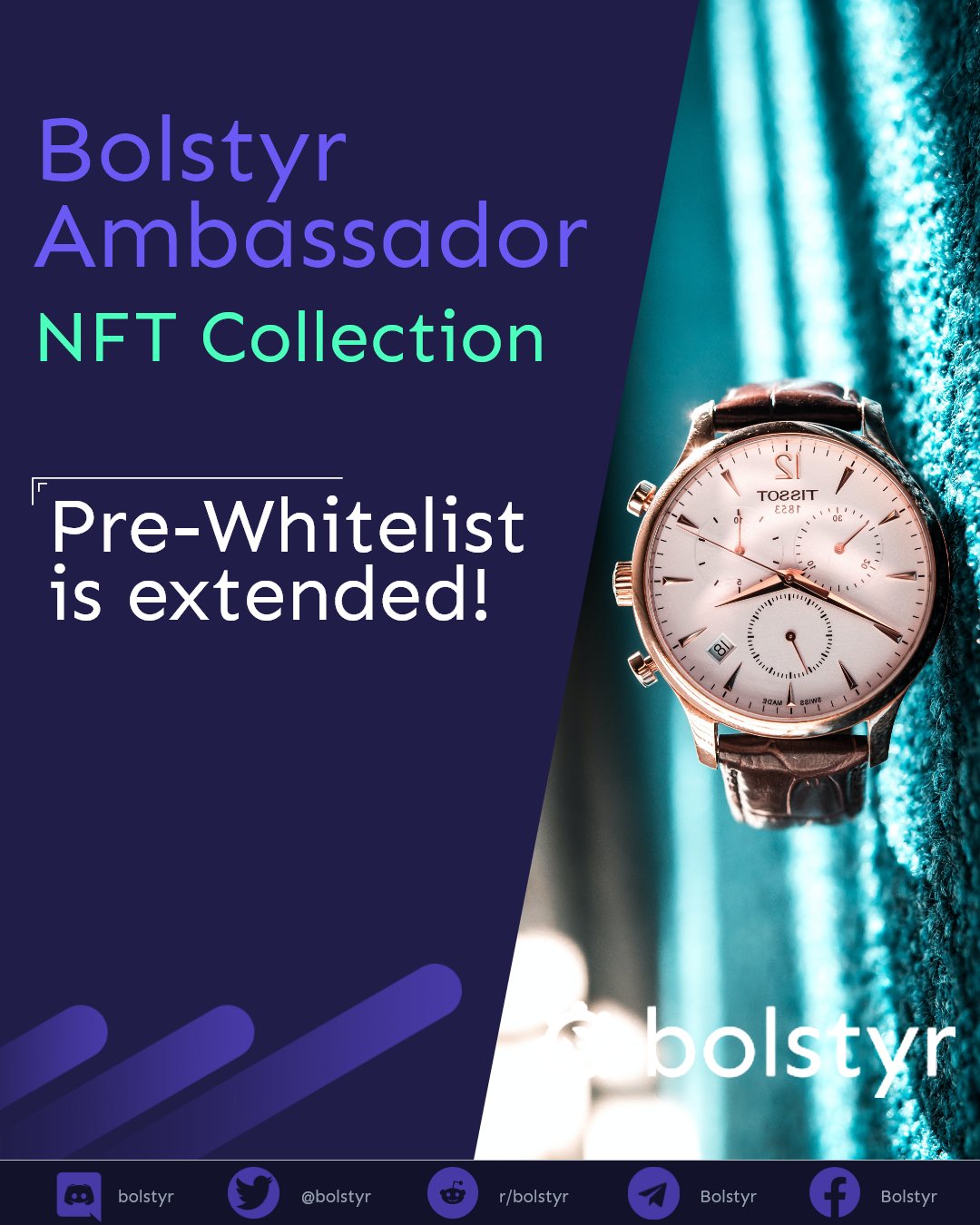 In addition to its recent game updates, popular blockchain-based NFT game, CryptoBlades, today announced another extension of its pre-whitelist for the upcoming Bolstyr ambassador’s NFT collection. The extension will allow more users to join the community of players seeking to win amazing prizes. In this regard, the firm has announced that interested players can still join its pre-whitelist on or before Tuesday September 6, 2022.

CryptoBlades is a play-to-earn blockchain-based game that has quite an impressive number of users globally. The NFT game mainly involves roleplaying in which players assume the role of in-game characters and perform different tasks to earn rewards. The hint is: the more advanced you become in the game, the more your rewards. Like many engaging crypto games, CryptoBlades has several intriguing features, all geared towards making players enjoy their escape from reality – in the virtual world. Examples of such features are PvP modes, in-game marketplace, and well-equipped in-game armory.

▶️ You still have a chance to get to our Pre-Whitelist for the #Bolstyr ambassador's NFT collection!

🔆 We are extending it until next week, Tuesday!

⚔️ Get this limited edition #CryptoBlades Sword when you minted!

The announcement is a step towards bringing Bolstyr – one of CryptoBlades’ ambassadors – closer to the public. In addition, CryptoBlades runs on six different blockchain networks including Polygon, AVAX, SKALE, OEC, HECO, and BNB Chain.

Interestingly, content creators will not be charged when they create or publish content on the platform. And if fans subscribe to any creator’s content, 100% of the subscription funds will be paid to the creator. Simply put, with Bolstyr, content creators are empowered and costs are reduced to the minimum.

The upcoming Bolstyr ambassador’s NFT collection is aimed at creating more awareness about the Bolstyr platform while rewarding users with amazing prizes. The date for the community giveaway has not been announced but interested individuals are advised to follow the platform’s social media accounts. There, they can stay updated and increase their chances of getting rewards.

By participating in quizzes and tests held on the platforms like Twitter and Discord, player can also earn extra income for themselves. Prizes to be won from the giveaway include $1000 worth of BNB and valuable NFT blades.

Over time, the gaming sector has developed into one of the most lucrative sectors in the global economy. While this is against majority opinion in past times, it is predicted that the gaming industry will soon hit one of its biggest turnarounds. As such, many firms developed blockchain-based games that will engage players while rewarding them for their time and efforts.

CryptoBlades, for one, is one of the best play-to-earn web-based games where players can enjoy battle roleplaying while earning the game’s SKILL tokens. These tokens can be used to purchase unique in-game element-based characters, build different weapons as NFTs, as well as upgrading their weapons into stronger ones. Also, in the game, players can visit the marketplace to trade their tokens for special features or fiat currencies, or better still, withdraw them.

A unique feature of CryptoBlades is its epic characters. Based on elemental grounds, players can choose their preferred weapons and characters and assume their roles. With these characters, players dive into the game’s world of mystery, challenges, adventure, and battles.

Not only that, each character has its unique design, abilities, operational techniques, and story. By knowing the real value of a character, players can wreak great havoc on their enemy troops and earn massive rewards in return.

Players can build their armories in the game by acquiring and crafting weapons in the game. These weapons have unique designs and come with separate elemental features. There are four elements in CryptoBlades which are fire, water, earth, and lightning.

Weapons also have different levels or better still, stars. A one-star rated weapon cannot add as much stat to your character as a four- or five-star weapon. And should you mint a new weapon, its rating will begin from one star. Then, you can either upgrade it by sacrificing other weapons or acquire a new one.

Through the in-game marketplace, several items can be traded and exchanged for weapons. This is because the more powerful your weapons are, the higher your chances of winning battles.

Like every other play-to-earn game, the SKILL token functions as CryptoBlades’ native currency. This means that all transactions within the game are carried by using the SKILL token. From the acquisition of NFT characters and weapons, to upgrading weapons, the SKILL token is useful for all in-game purchases, upgrades, and character customizations.