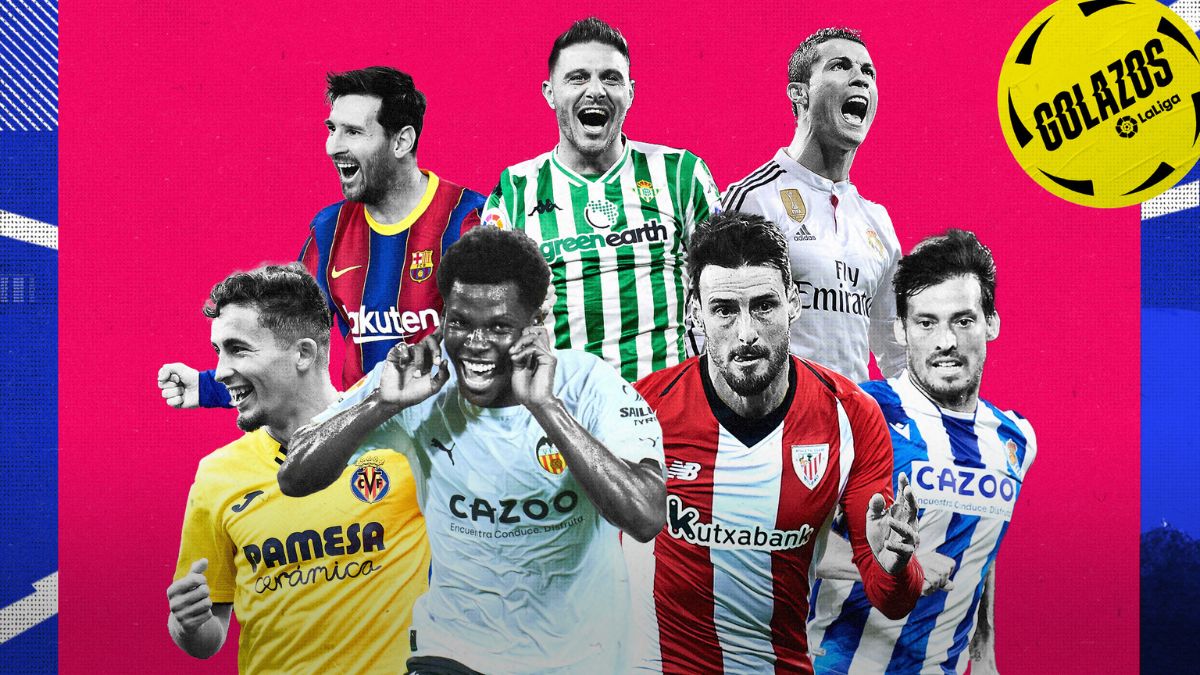 The recent influx of big stakeholders in the sports industry into the NFT space is quite incredible. From basketball leagues like the NBA to soccer leagues like the German Bundesliga, the migration is worth commending.

By collaborating with Dapper Labs, LaLiga seeks to connect fans with unforgettable Moments in the history of Spanish soccer. Notably, the digital collectibles platform will feature events dating back to 2005.

Recently, Dapper Labs has been active in the NFT gaming space, signing partnership deals with different platforms. The popular blockchain gaming platform has partnered with organizations like Bud Light and the National Football League, as well as The Sandbox and Lululand.

Be among the first to #OwnThePassion and collect LaLiga’s most epic Moments from legends like Messi, Cristiano Ronaldo, Zidane, Forlán, Ronaldinho and current stars like João Félix, Benzema and Fekir 🙌 pic.twitter.com/QFWfBVJCyr

LaLiga Golazos: Own the Passion

LaLiga Golazos is an official marketplace where users can access exclusive NFTs depicting every iconic scenery, imagery, and performance in LaLiga matches.

However, users should expect a large percentage of goal-scoring Moments as the Spanish name, “Golazos” means “spectacular goal”. Also, all NFTs will be featured in both Spanish and English.

As this is Dapper Labs’ first bilingual NFT project, the collection will be fully functional and accessible to both English- and Spanish-speaking users. Furthermore, the featured NFTs will expose users to different views from different stadium angles.

With access to both past and current Moments, users are sure to get the best experience from one of the best soccer leagues in the world.

Also, the NFTs will show users the long-lasting rivalries between teams, as well as information about past and present players. This way, the legacy of Spanish soccer can be well-preserved – even for years to come.

The project will be launched on October 27, 2022, as it is currently in a closed beta test stage. As soon as it is launched, users will be able to connect with their favorite Moments in the LaLiga.

“LaLiga Golazos will enable fans to own a piece of LaLiga history and participate in a whole new kind of football community that recognizes and rewards them for their fandom,” commented Jorge Urrutia del Pozo, Dapper Labs’ general manager for LaLiga Golazos.

In a press release, LaLiga revealed that featured Moments will include “amazing dribbles and skills, extraordinary assists, great defensive actions, and the goals millions of fans around the world celebrate.”

Be among the first to own and collect one-of-a-kind officially licensed LaLiga digital collectibles.

Join the waitlist for Closed Beta today and be first in line to buy your favorite Moments on October 27: https://t.co/YA2vwWIrTV#LaLigaGolazos #OwnThePassion pic.twitter.com/oYJIThIDKQ

Each featured Moment will be designed with grades of uniqueness. As such, rarer NFTs will be scarcer than the rest and will be launched on the Flow blockchain created by Dapper Labs.

Similarly, the collection will offer NFTs in form of a LaLiga video highlight. Also referred to as Moments, each highlight is an authentic, limited-edition, and unique collectible. According to LaLiga Golazos, by visiting the collection, any desired Moment can be “yours to own forever.”

LaLiga Golazos will give users the opportunity to find the biggest name in the history of LaLiga. From heroes like Iniesta, Ronaldo, Xavi, Puyol, or Messi, to the raves of the Moment like Benzema, Lewandoski, Pedri, Vini Jr, and Chukwueze, users can find their favorites in the collection.

The LaLiga Golazos marketplace will be open in November. After the opening, users will be able to purchase and sell NFT Moments on the platform. By using Dapper Lab’s infrastructure, LaLiga Golazos will offer speedy transactions to them.

Furthermore, transactions on the LaLiga Golazos marketplace are secured with blockchain-compatible security protocols. Also, all users on the platform will be duly scrutinized to prevent any form of fraud.

By collecting LaLiga Golazos Moments, users can create a unique Moments collection, thereby expressing their love for LaLiga. Also, they can show off their collections anywhere, anytime.

Among the features accompanying LaLiga Golazos is the aspect of football knowledge. With the collection’s launch, users will be acquainted with players’ names, clubs, jersey numbers, and match scores. Consequently, they gain more knowledge.

Every LaLiga Moment is a unique part of a Tier. In a tier, a Moment tells users just how many Moments are available in that tier. Also, tiers differ based on the two types of content, which are Season and Historical content.

There are four tiers for season content. They include:

Similarly, under historical content, there are four tiers which are:

How to Collect Unique LaLiga Moments

To be a part of the launch of the LaLiga Golazos NFT collection, users are expected to be on the waitlist. By joining the project’s current beta phase, they can secure top spots. This way, they can collect their favorite iconic Moments before other users.

While LaLiga Golazos is an impressive project, this is simply the newest of LaLiga’s projects in the digital world. With its recent adoption of Web3 and metaverse tech, the Spanish premier league seeks to increase its reach, spreading the Spanish soccer news to all and sundry.

Recently, LaLiga entered Decentraland’s metaverse through StadioPlus, a tech firm. Additionally, it licensed the firm to utilize its IP to create various experiences in the Ethereum-based virtual world.

What Is Dapper Labs?

Dapper Labs is an innovative gaming company home to blockchain games, including Top Shot, UFC Strike, All Day, Cheeze Wizards, and CryptoKitties. It ensures that users enjoy “value without compromise” through high-quality projects. This way, it strikes a balance between gaming and having fun on blockchain networks.

The company also operates in line with a “products before promises” policy. By so doing, users can get straight into the experiences rather than listening to sweet promises. Additionally, Dapper Labs values its users, as it sees them as a core ingredient in achieving its goals.