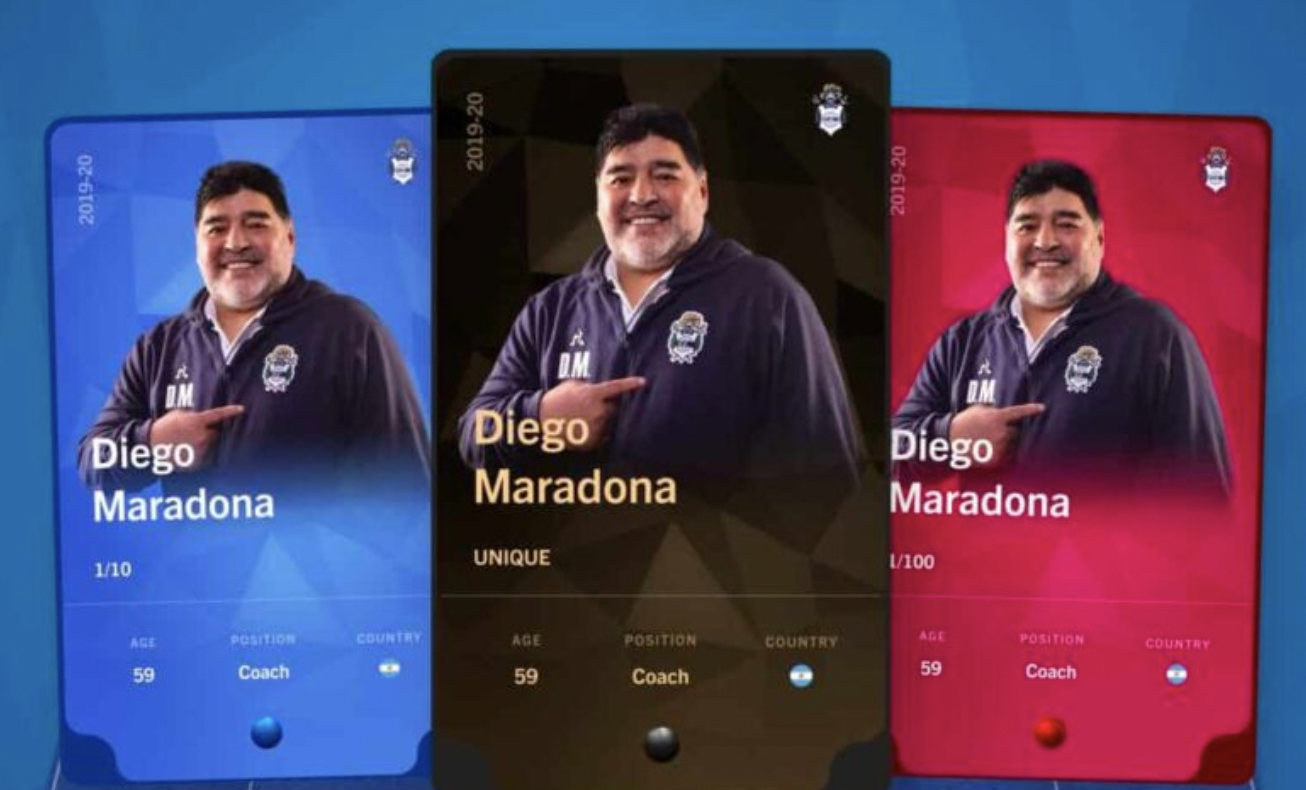 This comes close on the heels of the very recent announcement of Ronaldo’s new legends card for his debut at Real Madrid.

Which Diego Maradona Cards are Already Available on Sorare?

The least expensive card listed on there is worth £17.89.

Has Diego Maradona worked with Sorare Before?

Sorare grew its affiliation with clubs back in 2020 and got the license from Gimnasia La Plata.

The possibilities for users were increased by this agreement, which was a crucial step for Sorare. As a result, there were significantly more opportunities for playing with clubs around the world and gaining commercial power. Maradona’s was also the first coach card that Sorare ever gave out. Additionally, these cards added various bonuses and gave players access to new features.

What Other Famous Argentian Athletes are on Sorare?

The forward from Argentina will work with the business to develop new products and user experiences as part of the agreement, and it is also said that he has acquired an equity stake in the business. Messi recently opened his own investment company, which will focus on ventures in the media, technology, and sports industries.

Plus, over on Sorare there are countless more cards from Argentinian players, with the current card numbers totaling:

The most expensive Argentinian card is Matías Suárez at an insanely pricey £503,019.00!

The least expensive Argentinian card is Facundo Mansilla at only £0.43, which is a great entry point for new players looking to test the waters playing Sorare.

Serena Williams, a tennis phenomenon, and Kylian Mbappé, Messi’s PSG teammate, are among the athletes Sorare has as investors. The business is hoping that Messi’s fame will help promote its platform and boost sign-ups. Additionally, Kylian Mbappé has invested in Sorare.

What do Sorare’s Legend Cards do?

Each legend card highlights a unique season that served as a turning point in the player’s illustrious career.

A season that continues to be frequently brought up in conversation among football fans worldwide – a season that radiated so much happiness and passion for the game that they adore. The Sorare team claims that there were a few athletes who had numerous legendary seasons and were worthy of a card.

Please be aware that in order to satisfy demand, there will be 1,111 different variations of each Legend’s season card. If your Legends win the Legends Challenge competition, they will eventually return to the pitch.

According to SorareGuide.com, Legends will use the player in their club who has the highest scoring average for their position when calculating their scores for these new competitions.

A Fabio Cannavaro Juventus legend defender card, for example, will have a score of 51 in Game Week 252, which is the same as Matthijs De Ligt’s score, who is the highest-scoring Juventus defender that week. This is due to the fact that De Ligt leads all Juventus defenders in scoring.

What are the rules for Sorare’s Legend Card scores?

Consider the utility of a Michel Platini national team edition card as an example when thinking about the use of, as Nyambura reports, the super-fast-selling NFT Legends cards that include jerseys from a national team.

In the weeks leading up to the club game, Platini will record the Juventus midfielder’s score—who had the most goals for the team he was playing for during the season—on the scorecard.

During international Game Weeks, Platini will be awarded the score of the France national team’s top-scoring midfielder. He will be able to claim credit for more goals as a result.

These rules only apply to Sorare Legends who are playing in their national team uniforms. For example, the Ronaldo PSV card won’t lower a player’s score during International Game Weeks.

Which Sorare tournaments allow the use of Legend Cards?

You must have at least one legend card in your collection in order to participate in either of these championships. Three legend cards are the maximum that can be used. Therefore, the last two spots should be filled by players who are still actively playing. Only a small number of cardholders are allowed to enter the “Legends Challenge” competition.

On the other hand, the “Legends Challenge Pro” competition allows the use of cards that are uncommon, extremely uncommon, or even unique.

Can’t get enough of Sorare? We’ve got countless Sorare guides and articles to keep you going over on Play 2 Earn Diary.