DigiDaigaku Genesis NFT: All you need to know 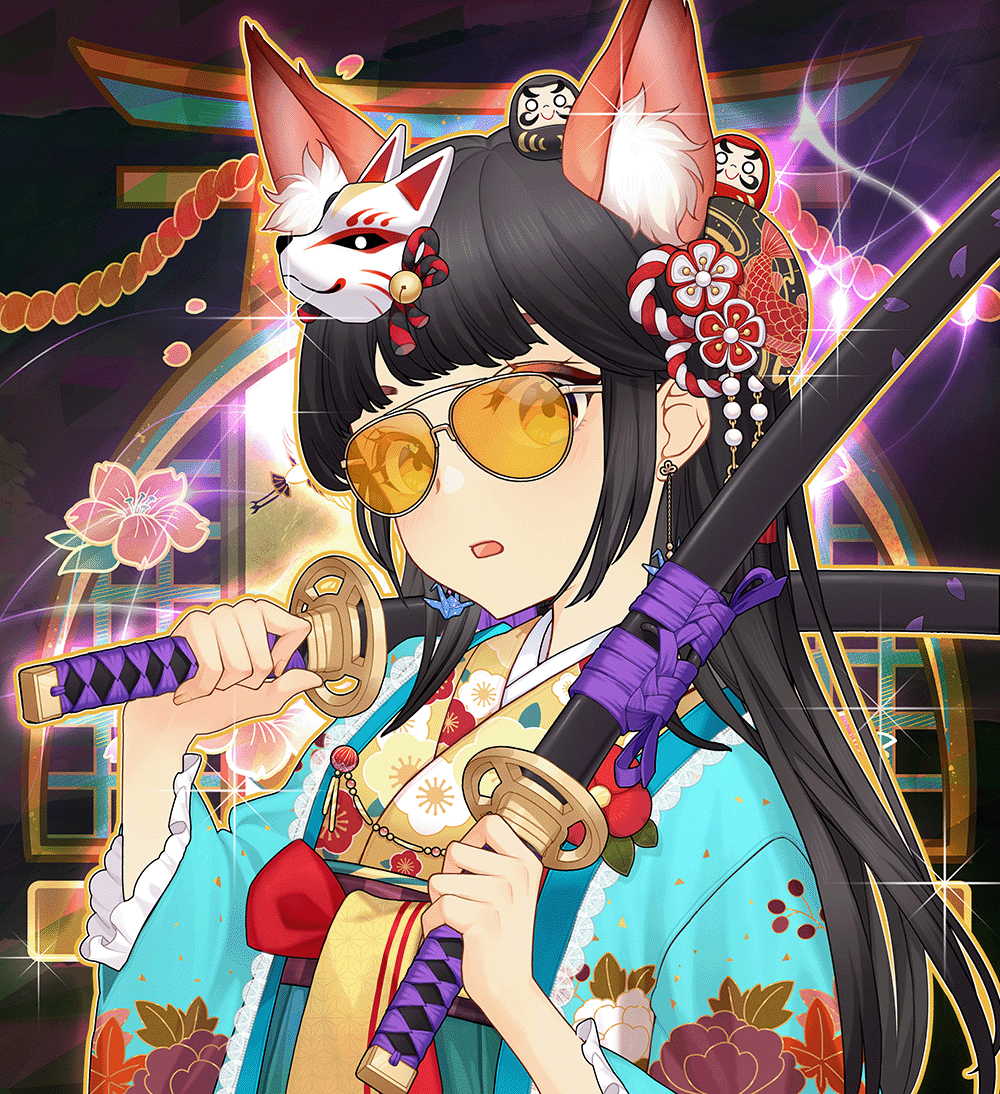 Once upon a time, what we now call non-fungible tokens (NFTs) were our valuables attached to either our emotions or financial views. Now, NFTs encompass many people’s lives, including creators, collectors, digital artists, gamers, and almost anybody you can think of. The eventual adoption of NFTs gave rise to what is known as the digital hunt.

It is because every digital platform user who seeks to thrive in the NFT space develops a type of digitally natural selfishness. That makes every user want to keep the rarest of NFTs as they fetch the largest income on the long run. As such, they do everything possible to claim them faster and more strategically.

The influence of NFTs on the digital community cannot be underestimated. They are useful in almost every ramification, from video games and in-game activities like building to marketplaces. Thus, we cannot help but give it to exceptional platforms when they do exploits with NFTs.

The past few months have witnessed various NFT projects disappointing several communities of users. For some, it is the failure to launch any project or video game after seeing how challenging it is. For others, they produce video games that are less quality than what was promised. Consequently, Web3 gaming was rated poorly over the last year.

DigiDaigaku is a collection of 2022 characters whose designs give room for uniqueness. The collection was developed by Limit Break, a company founded by world-class game designers Gabriel Leydon and Halbert Nakagawa.

Gabriel Leydon is an expert-level Web3 game developer, performance marketer, and Machine Zone’s former chief executive officer. On the other hand, Halbert Nakagawa is popular for being the former founder of Machine Zone, where he also served as the CTO.

Collectively, they spent over $200 million to build a next-gen Web3 gaming platform, Limit Break. The aim was to develop a gaming company where players can be truly entertained, as opposed to most gaming brands that disappoint. True to their aim, they built impressive video games.

Considering Machine Zone’s impressive records, it is unsurprising to see why many were optimistic about the DigiDaigaku project. They saw a huge potential within the project and trusted it well.

On August 29, 2022, the NFT collection hit a floor price of about 16 ETH, which is about $25,000 at the time. The incredible feat sent it over dominant collections like Moonbirds, CloneX, Doodles, and BAYC. However, the collection’s current floor price on OpenSea is 6.7 ETH.

While many referred to the feat as an ‘ungodly’ pump, the floor on DigiDaigaku is worth commending. It is believed that the pump came through as a result of the promotion and hype from the development team. Also, the limited 2022 set of NFTs contributed to the pump as many people rushed at minting before the entire supply got minted.

Currently, there is no special utility added to Limit Break’s list except for the just concluded mint. However, Gabriel Leydon revealed that there is an MMO game in development, which is not available to the public for now. He further explained that it would be a “free to own” game, unlike popular games, which are free to play. Also, he will not be revealing his full plan just yet because he does not want other developers to copy him.

“These digital items would normally be something that a company alone sells. But in this case, the company shares those items with early fans. It also keeps a percentage of the digital items for itself,” Leydon said, adding that “fans are free to sell their items on NFT marketplaces such as Open Sea. If the price rises for the NFTs, then Limit Break can sell some of its own NFTs alongside those sold by the fans. And so, it can generate revenues.”

However, the company’s online presence is not solid, as well as its Discord server. But that does not seem necessary as notable investors have joined in on its goal. They include CoinBase Ventures, Standard Crypto, SV Angel, Paradigm, Anthos Capital, Buckley Ventures, and Shervin Pishevar.

While DigiDaigaku’s exploit was regarded as a very impressive one, it is not the only platform to make the mark in 2022. Similar to its NFT launch style, quite some launches also took place this year. However, an unforgettable launch is that of Moonbirds, which took place in April 2022.

To most people, 2021 was the year in which non-fungible tokens had the biggest hype, launches, pumps, you name it. Well, that is almost true, except for the fact that the NFT space is still one of the hottest topics in 2022. During this year, the tide seems to have changed from an unbalanced market setting to one where more strategic moves are possible.

Moonbirds, for one, came at a time when there was no big chance of any new NFT collection getting into the spotlight. At the time, leading projects like the Bored Ape Yacht Club (BAYC) and CryptoPunks were dominating the space. This made it quite difficult for new arrivals to be well known.

However, the Moonbirds Collection – which contained 10,000 unique non-fungible tokens – became the rave of the moment after its total trading amounted to about $290 million in just four days. This earned it a place among the top-spot NFT Collections.

Non-fungible tokens (NFTs) are digital assets housed on a blockchain network with each asset having a peculiar identity. The idea behind NFTs was to experiment new technology as well as give artists full control over the value attached to their works. However, today, NFTs have been embraced by a wider population of users, including major music brands, sports organizations, celebrities, digital artists, gamers, popular galleries, as well as video game developers.

NFTs are cryptographic items such as artwork, video and audio files, inscriptions, and autographs to which different values are assigned to. When traded, the owners can trade more efficiently and with low risks. This is because NFTs are tokenized; thus; the probability of fraud is drastically reduced.

What Are NFTs Used For?

It is noteworthy that NFTs are non-fungible. That is, they cannot be replicated. As such, they are used for a lot of purposes. They can be used to represent physical properties like artwork and real estate digitally. Also, they work on blockchain networks, eliminating the need for middlemen during transactions. They are useful in connecting creators, artists, and developers with audiences. Above all, NFTs can make transaction processes simple.

Unlike cryptocurrencies, NFTs are unique. Cryptocurrencies are like physical money in which one currency can be traded for another. For example, the value of one Bitcoin is always equal to another. On the other hand, NFTs introduce a sense of uniqueness into the digital space. This means that one token cannot be equal in value to another.

Why Are NFTs Important?

Undoubtedly, NFTs have gained ground across various sectors in the digital world, including gaming, business, sports, and entertainment. But not many people know why they are important. Well, here are a few reasons:

As opposed to traditional transaction methods where agents or intermediaries meddle with transaction processes, NFTs make business more efficient. For example, if an artist converts a physical artwork into a digital one on a blockchain network, audiences can easily connect with him without passing through agents or whoever. This way, business processes are improved.

With NFTs, businesses can thrive better digitally and physically. Assuming a shoe collection is to be released physically, creating an NFT collection is one way to know whether to move on or not. If a large number of users accept the collection, it is assumable that the shoe collection will attract massive sales physically. Through digital marketing and advertising, NFTs ensure that business scopes are widened.

There is absolutely no one that does not want his assets to be safe. And because non-fungible tokens utilize blockchain technology, they offer high-quality asset security. This way, users can rest assured that their assets are safe against fraudulent acts.

Essentially, blockchain technology assists NFTs in maintaining their non-fungibility. As a result, their values differ because of their uniqueness. Also, their rarity is supported by creators who supply NFTs in limited amounts.

As such, anybody who owns an NFT owns a one-of-one. This enhances the authenticity as no other type can be found elsewhere. Supported by the blockchain, NFTs are not affected by replacement or alteration attempts.

It is very easy to verify the ownership of an NFT. Because they have non-distributable properties, they protect users from being scammed with fake digital assets. This can be likened to physical passports, which are used to verify identities.

Also, they operate on blockchain networks where there are strict processes to examine if an ownership claim is valid. By so doing, it is practically impossible to enter or exit without being scrutinized. Simply put, NFTs ensure that value is added to your ownership rights.

While cryptocurrencies like Bitcoin aim to connect the world together, they have not achieved fully achieve this. In contrast, NFTs connect creators like artists, musicians, and sport stars with audiences around the world; thus, increasing inclusivity.

Through pools, transactions between buyers and sellers are made easier. Similarly, a large number of buyers can come together regarding a single asset. Today, there are large communities of users on platforms like Twitter and Discord who share views and ideas on various NFT projects. That is what NFTs do – ensuring collaboration among users.

For investors, maintaining physical assets like artwork and real estate can be a herculean task. As a result, fractionalizing them is a very good option. Consider a scenario where an asset – say real estate – is divided into NFTs. Here, investors can hold these separate NFTs which represent their part of the investment.

This democratizes investing as any investor can decide to sell off his own part – represented as an NFT – without the need to sell off the whole investment. Also, by dividing assets into NFTs, chances are that their worth could increase on the long run.

Ever since the mint, DigiDaigaku has been putting on an impressive show. With a floor price increase to an impressive 2716%, it is assumable that Limit Beak is coming with something bigger. As people anticipate the upcoming MMO game from the company, it is likely that the NFTs will be the in-game tradable assets.