Elteria Adventures Switches to Play-to-Earn – First of Many?! 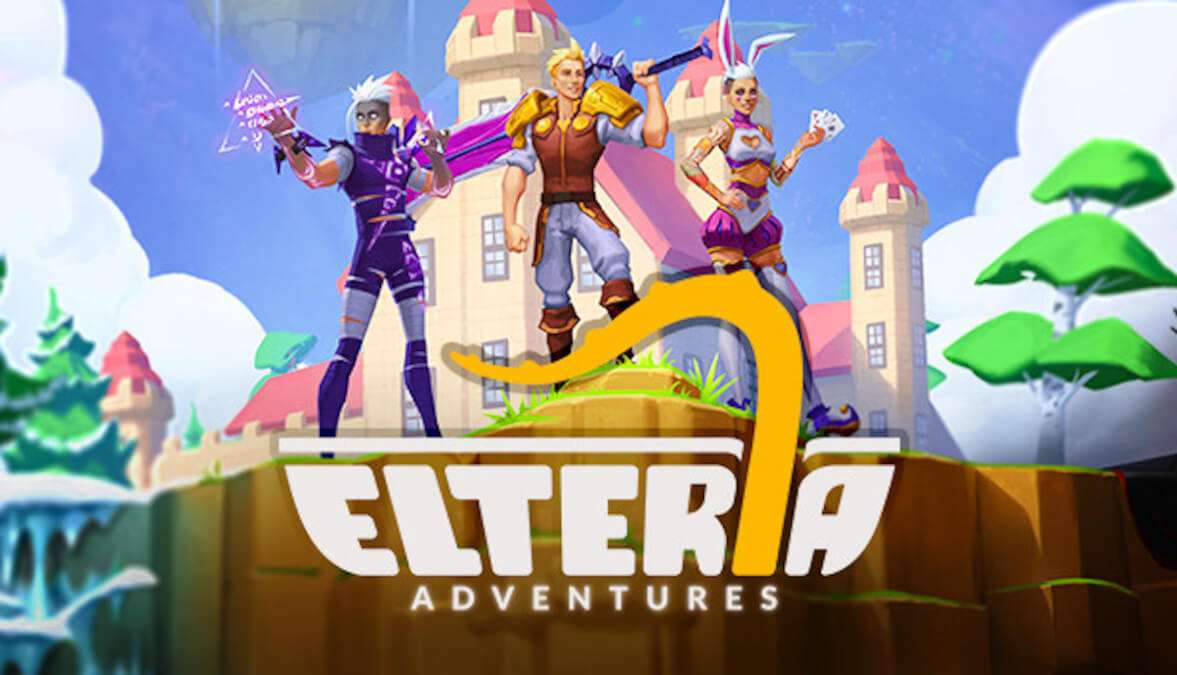 Elteria Adventures is an upcoming MMORPG game that looks to take on the challenge of P2E technology to grow further. Previously, the game was just trying to be another MMORPG in the mix, with development underway for the game. However, recently, the dev team announced that they’ll be putting Elteria on the blockchain, allowing the involvement of NFTs in-game.

This was probably done to ensure that the game stands out from the pack of countless MMORPG titles. However, don’t think that Elteria is just another MMORPG, as it differs with its gameplay too. The game takes a different approach to current MMORPGs, taking inspiration from popular games. In this article, we’ll take a look at Elteria switching to Play-to-Earn, and why it might be good for the industry. So, keep reading!

The dev team of Elteria has managed to craft a great game, with top P2E mechanics included too. Usually, in P2E games, we don’t see the see-saw of gameplay/earning mechanics balanced at all. Either the gameplay of a P2E project will be good, or the earning opportunities will be plentiful and well-thought-out. However, you typically won’t come across both factors on the same plate.

However, with Elteria, this might finally change. The earning opportunities are great in the game, as you can do a lot of activities that will pay you. Some of these are mentioned explicitly on the Elteria Twitter page, so we’ll import them here:

With this many P2E functions, you’ll probably be making money off of Elteria by just walking around in the game! The devs have done a superb job in providing various forms of utility and earning opportunities. For a P2E game to be successful, it has to have multiple approaches to earning. Elteria pretty much has that covered, providing earning options from land-owning, creating NFTs, accessories and much more! Not to mention, it has top-notch gameplay too.

Why Elteria Becoming P2E is Important

For months and now even years, the P2E game space has been quite stagnant. There haven’t really been any innovative ideas or concepts that would make us jump out of our seats. Moreover, the quality of games in the NFT space has been sub-par, with most developers looking to push projects. This is the main reason why conventional games are still considered superior to NFT games.

The biggest way this could change and turn the tide in the favour of P2E games is by transforming conventional games into Play-to-Earn titles.

Existing game devs should attempt to convert their foundation to the blockchain, and allow gamers to earn from their games. This would definitely bring in more audience, making it a win for the P2E game space. Moreover, blockchain experts could work on software and projects that would allow conventional games to turn into NFT-based blockchain games directly.

Since current conventional games have huge studios and years of history behind them, they’re already established in the gameplay sector. So, it would certainly be better to bring a P2E perspective to these games instead of waiting years for proper NFT-based games to arrive.

Elteria is an MMORPG which looks like a Frankenstein game, morphed with two of the most popular games of our generation. The upcoming P2E game seems like a perfect blend of Fortnite and Minecraft, with functions taken from both titles. The world itself looks like Minecraft, with pixelated blocks and mining capabilities. On the other hand, the character and POV, along with building capabilities have been taken fully from Fortnite. This exciting mixture provides a unique gameplay experience that has never been seen before.

You can jump on clouds, build weird but cool structures with more freedom than Fortnite offers, and fight enemies. It’s all possible in the world of Elteria. Currently, the game is in development and will be dropping on Steam for PC.

Furthermore, the switch to blockchain will be done in partnership with Catheon Gaming, one of the biggest names in the blockchain gaming industry. Catheon will help Heatherglade, the company behind Elteria, in switching from a conventional network to a blockchain. This is what Heatherglade had to say regarding the team-up:

“It is a great honor to work with a focused team like Catheon on an ambitious sandbox game such as Elteria Adventures. We see huge potential in our collective efforts and expect to achieve unprecedented heights in the sandbox genre. From the first day of discussions, we have seen progress and advancements between the teams of Heatherglade and Catheon, and now we are actively starting to implement them.”

It will be interesting to see how this partnership materializes. Moreover, this step could also lead to huge waves in the P2E industry, changing its entire outlook. Keep your eyes peeled!

For more updates and news regarding P2E games and NFTs, head on to PlaytoEarnDiary.com!