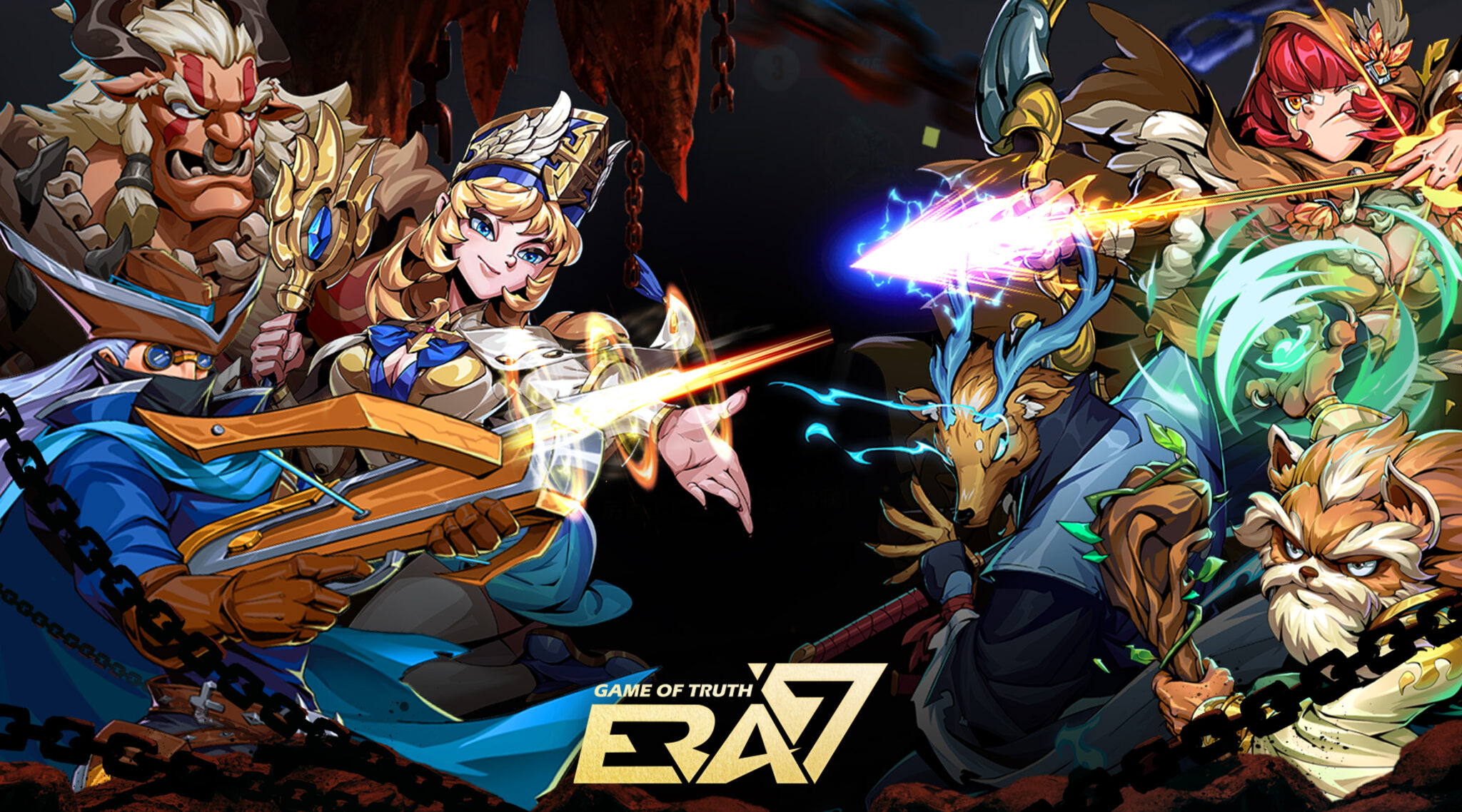 Era7’s Game of Truth provides players a competitive card gaming environment with an avenue to earn profit. There’s no question that blockchain technology has very quickly redefined the gaming industry. Introducing an economic incentive model, it has attracted millions of users back to the gaming world.

Era7 has joined the play-to-earn movement using a blend of GameFi and digital cards fantasy gameplay. If you have played Hearthstone or Splinterlands, you may know what to expect from Era7. Let’s deeply dive into Era7’s storyline, gameplay, play-to-earn mechanics and most importantly the team behind it! So continue reading below and review each aspect of Era7’s brilliance.

Overview of Era7: Game of Truth

Era7 is a trading card game (TCG) that is built on the Binance Smart Chain. It offers a fast-paced gameplay experience while incorporating NFT-based play to earn models.

Like other digital card games living on the blockchain, Era7 takes most of its inspirations from Hearthstone and Magic: The Gathering.

As such, the storyline of Era7’s Game of Truth revolves around seven races on the Continent of Truth. Players compete for the title of ‘King of Truth’. Amongst the races are groups of gifted individuals, who are sent to attend Summoner Academy. They undergo rigorous training where those who graduate become Summoners. Because of that, Summoners travel around the world, employing their learned skills in summoning to create pacts of the powerful confederacy.

Summoners from different nations engage in battles for an exhibition of power, fighting skills and the ultimate contest of who becomes the ‘King of Truth’. Once you’ve been declared the King of Truth, you have the ultimate power that cannot be matched. They are known to control the Continent and bring honour to their race and community.

As briefly discussed above, the essence of Era7’s gameplay is inspired by Magic: The Gathering. It is a game of summoning with Battle Cards or Master Cards.

Each race in Game of Truth has access to a wide range of cards, up to 1000 cards. By offering card varieties and effects, Era7 vows to eliminate boredom for its players. They have introduced a straightforward and logical storyline that enables a seamless play-to-earn gaming experience.

Did we already mention there’s no room for slow-paced players in the Game of Truth? Each gameplay in Era7’s metaverse is a three minutes game. Players are required to work under extreme time pressure, all while thinking strategically. Not only do you have to plan your own moves but also consider your opponents’ strategies.

However, we understand that such high-paced gameplay may not be for everyone, so consider this a limiting factor. However, for those who seek faster gameplay, you are certainly bound to get hooked on these battles.

At the start of your gameplay, the initial card launch will offer four different qualities of the Era7 card. The two main types of cards are Master cards and Battle cards, as they are high-value NFTs. In addition, these cards also have appreciative power, which means they dynamically change as you progress.

Players use master cards to summon new cards and go on battles to earn Era7 tokens in rewards. Out of the total number of cards in Era7, players need a minimum of 30 Battle cards to take part in a fight.

Each unsealing can open up an opportunity to summon 10 NFT Battle cards while determining its attributes.

Above, we’ve covered Era7’s cards and the core concept of Summoning. On the other hand, Synthesizing is the combination of two Battle cards to create a Battle card of higher rarity. Synthesizing requires players to use GOT and ERA tokens, the in-game cryptocurrencies of Era7. Due to that nature, the synthesized Battle Cards will have a higher defence and attack power, more mining power, and a higher market value for trading.

Each battle in Era7’s metaverse happens in a 9:9 square ring. Before commencing the fight, players must draw cards from the initial deck of 30 cards. When a player’s HP drops to zero, the player loses, and the opponent claims victory.

Era7 offers player vs environment (PvE) and player vs player (PvP) gaming modes. In the latter, a player is matched with other players and earns $GOT tokens when they win.

The play-to-earn model created by Era7 has a well-reviewed reward system and earning methods for players. Apart from in-game incentives and mechanisms, there is a referral program in place that also offers to earn perks. As the name suggests, players earn when they invite their friends or share the game with them.

With that, what’s different about Era7 compared to other NFT-based digital card games is the ability for others to bet on games. This improves the ranking of Era7 to eSports status.

In turn, winning battles is the most simple way to earn in Era7. Each win is rewarded with $GOT tokens. The more you play, the higher your in-game level becomes. High-ranked players ultimately win more $GOT tokens than other players. In addition, if you’re not using your NFT cards, you can stake them and get paid in ‘rent’. Players can also trade or sell their cards to others and receive significant money.

All earnings from selling NFTs or collecting $GOT tokens can be exchanged for real-world currency through various decentralized exchanges (DEX).

It’s hard to judge the potential of any new product or gaming application if it has recently been released. The best way to predict the success of a newly launched game is to review the team behind it.

If the story and gameplay of Era7 did not impress you yet, perhaps knowing the team behind it might. The high-profile founding team of Era7 consists of members from well-known Korean gaming companies, including Com2us, Nexon and Netmarble. Each one of these companies has been a key player in the space for at least 15 years.

Such a strong, industry-backed team invited significant investments from renowned VCs and other gaming giants. Mobox, Huoibi Ventures, and BTC12 are some of the names that are confident about the growth prospects of Era7.

Overall, Era7 seems to be an interesting game with quite the foundation. We hope this guide was helpful to you and that it has given you an adequate insight into Era7.