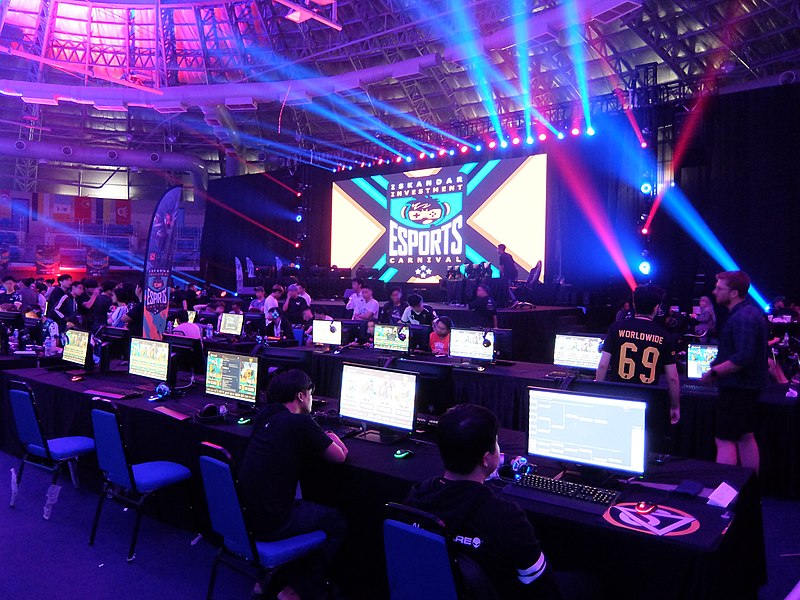 ESTN has announced it will launch a new player-owned Esport arena. The metaverse will be the first of its kind and run using NFT-powered ‘seat licenses’.

The arena will also give gamers and Esport fans a platform to organize their own live tournaments. It will also be much easier to monetize tournaments and share winnings across the board.

The ESTN metaverse will have some amazing features. First, a universal player ranking engine will be at the center of everything. The engine will assign UPR scores to every player. These scores will reflect player skills and experience. All competitor pairings for Esport tournament events will be based on these rankings or points.

The goal is to create some level of fairness across the ecosystem. Also, ESTN believes the universal player ranking system will become the global standard for Esport tournaments. In fact, ESTN wants to integrate and support as many Esport platforms as possible.

It will then track the performance of players across these multiple gaming platforms. The platform will then aggregate these scores and include them in their UPR rankings. This will allow ESTN to rate player skills across multiple games. However, integrating all these Esport platforms will require a bit of time.

ESTN is also establishing a central vault. The vault will hold prize money pools and even NFTs that can be distributed to winners of various tournaments. However, metaverse users will have a much bigger say on how the winnings in the vault will be distributed.

How to Join the ESTN Metaverse

As noted above, the ESTN Esport gaming metaverse is the first player-owned arena. To get in, you will need NFT-backed seat licenses. Think of it as buying a seat on the table. So far, ESTN will release 18,000 seat license NFTs. The NFTs are available for minting right now.

Also, ESTN wants to give license holders more utility and perks.  For instance, license holders are entitled to a percentage of game pass revenues that ESTN will generate in the future. This also includes all revenues generated through tournament fees as well.

There is also a plan to incentivize developers to create Esport-inspired games on ESTN. The metaverse arena will offer direct-to-developer earning models that allow game creators to benefit the most from revenues generated.

When Is Arena Launching?

The ESTN Metaverse Arena has been under development for the last 4 years. Right now, the platform has availed its NFT ‘vault box’ where fans and Esport enthusiasts can buy in and join the metaverse.

However, the project is still in the beta phase. Some of its features will likely roll out in phases. Nonetheless, the arena will be up and running by the end of August.