FAQs: What is the Typical Upfront Cost of a Play-to-Earn Game? 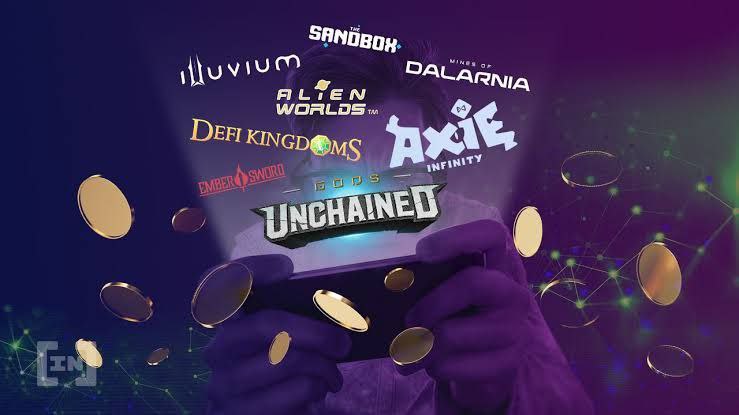 Since the emergence of the crypto industry, the industry has witnessed rapid growth and undergone several significant phases of development. One of the major recent developments in the crypto world is exploring opportunities in the gaming industry. Gaming has always been an activity that people engage in for amusement or just for the fun of it. Not until recently did the narrative change to the fact that people can turn these fun platforms into earning platforms. As of July 2018, video games generated global sales of US$134.9 billion per year. By 2021, the game market has expanded largely, adding 26% from 2019.

This is Amazing, Right? What could be more fun than playing a game and earning simultaneously? This exciting concept brought about by innovative development in the crypto space is termed the play-to-earn gaming concept. In this article, we will discuss an important question which is “What is the typical upfront cost of play-to-earn games”. Your curiosity is sparked up already right? Take a chill, you will get a concise answer in this piece as you read through. Before we get started, let’s walk you through the definition of play-to-earn games and how their concept works.

What are Play-to-earn crypto games?

Talks about Play-to-earn games have been going on for a while now in the gaming space. Some people believe that the advent of crypto games would revolutionize modern gaming. While others still hold a skeptical view about this concept. So, let’s quickly dive into what Play-to-earn games entail.

Play-to-earn games as the term imply, give a good insight into what this concept is all about. Play-to-earn games are online games built on blockchain technology. They are regarded as business models that involve players playing a game and earning cryptocurrency in return.

How does the P2E concept actually work?

Play-to-earn games allow you to earn real-world rewards by completing various in-game tasks, competing with other players, and making it through various levels of the game. The rewards you earn during gameplay are present in the form of in-game assets.  Some of these assets are virtual land, weapons, various crypto tokens, skins or cards, and NFTs.

Play-to-earn games are decentralized, and as a result, the acquired in-game assets can be traded outside the virtual environment in exchange for real money. Also, Players can acquire more assets and even gain more experience by playing more.

How to verify a Play-to-Earn game?

It is no more news that Blockchain technology is an emerging technology. Investing in P2E games has also been observed to be one of the riskiest investments recently. So having known this, it is essential to check and make findings about the legitimacy of any game before going ahead to invest in it. Therefore, checking the tokenomics of the game would be essential for the verification.

Do all Play-to-Earn games require an upfront cost?

Not all P2E games require an upfront fee. Some are absolutely free. You can participate freely in their gameplay and earn at zero cost. Examples of these free play-to-earn games include Gods Unchained.

Some sections of the play-to-earn games are free to play but before you can start earning, you are required to pay a certain amount of upfront fee. For instance, Splinterlands and The Sandbox allow you to play freely. But to earn rewards, you need to purchase some in-game assets or pay an upfront fee.

Lastly, some P2E games are classified as premium play-to-earn games. In these games, an upfront cost is required before you can be allowed to participate in the gameplay. These kinds of P2E games are the most common. Examples of such games are Axie infinity, Zed Run etc.

Axie infinity is one of the top play-to-earn online crypto games developed by Vietnamese Studio Sky Mavis and released in March 2018. This P2E game uses Ethereum-based cryptocurrencies. The game’s settings encompass creatures that players can collect as pets. These creatures are called Axies. The ultimate aim of the players is to battle, collect, raise and build kingdoms for their Axies. The game’s native token is the Smooth Love Potions (SLP) which is used for breeding the Axies. Axie Infinity has an in-game economy where resources earned by players can be bought, sold and traded.  Players are charged a 4.25% fee by Sky Mavis when Axies are traded on its Marketplace.

Splinterlands is an auto-battler P2E card game built on the Hive blockchain. Splinterlands allows players to collect NFT cards and face off in one on one battles. For the match, each player can select a summoner and afterwards chooses a selection of creatures of a neutral element or a selection of creatures that belong to the same element as the Summoner. For example, Water summoners can select water creatures and neutral creatures.

The game features an in-game market pace which includes secure car rentals. It also features a tournament system, guilds, daily quests and seasonal rewards every two weeks. Technically, Splinterland is a free-to-play P2E game, although a $10 purchase of Summoner’s spellbook is required as an upfront cost before you can earn rewards. The spellbook is not a Non-fungible token; hence it cannot be traded. It is basically an upgrade to your account and allows you access to all facets of the game.

Splinterland Features two main tokens, the Dark Energy Crystals (DECs), the main in-game token and the Splintershards (SHSs), which are the game’s governance tokens. A reward of Dark Energy Crystal is received by players for every match they win.

Gods Unchained is a P2E game where two players face off in an arena to determine who is the most powerful. Whether the players select Nature, Light, Deception, Death, War or Magic, the ultimate goal is always to reduce the opponent god’s health to zero. Each player is allowed to assemble a deck of thirty cards, and they have the liberty to choose any card that aligns with their god, and they can as well choose any neutral cards. Each card can be presented in a deck, not more than twice, while the Legendary cards are restricted to just one copy per deck.

Playing the game allows players to play cards from their hands, taking turns. The cards involve casting spells, Summoning creatures and equipping relics. Creatures and relics cannot make attacks on the turn in which they are summoned unless they possess Blitz or Godblitz ability.

In 2019, Gods Unchained rebranded its parent company into Immutable and began development on ImmutableX, an NFT-based, layer two solution for Ethereum. The gameplay also has a timer equipped in it, and players have a time restriction for actions to be taken during their turns. Gods Unchained is a free P2E game all the way through and requires no upfront cost/initial investment to play. It also permits players to reach the highest ranks as a free to play players.

The game reward system is based on playing ranked matches. Players’ experience level increases for every match played. The players receive a pack of core cards after completing an experienced level. These cards could be standard, epic and legendary, depending on the completed level.

The typical upfront cost of some Play-to-Earn Games

In a nutshell, the typical upfront cost of Play-to-Earn online games differs.

Axie Infinity: Axie Infinity’s mini-game is the largest play-to-earn online crypto game currently, requires you to have a team of three Axies (digital pets) to start earning Smooth Love Potions (SLP), which is the game-associated token. At the minimum, some Axies are at the moment listed on the marketplace for 0.003ETH, which is just above $5. This implies that a starting team could be put together for under $100. However, experts would warn against investing in the ‘floor Axie’, as they are unlikely to aid your progression much.

Splinterland: Another good example is Splinterland. According to DappRadar, there are over 527,000 active wallets connecting to Splinterlands. It is technically free to play but mandates the player to make an initial investment of $10 to purchase a summoner’s spellbook in order to earn. Basically, you will be able to play but not earn if you don’t possess a Spellbook.

Zed Run:  Also Zed Run, an NFT-based digital horse-racing platform allows players to earn by making an upfront cost of around $2 to $15 to participate in the horse racing contest.

It’s no more a secret that play-to-earn games are gradually revolutionizing the gaming world. The key selling point of the Play-to-earn crypto games is the ability of the players to earn non-fungible tokens(NFTs) and cryptocurrencies as in-game currencies that players can trade, buy, sell, and transfer. This great development in the crypto universe has increased people’s livelihood because it has provided people with a source of income that comes with fun.

Having known that we have P2E games that are free to play and require an upfront cost, the question many people are curious about is the affordability of this upfront cost. Well, the affordability of the upfront cost would be relatively dependent on the people’s standard of living. Furthermore, the typical upfront cost of most play-to-earn games is in the range of $1-$20.  It is free to say that these fees should be averagely affordable on a global scale based on the ditto examples in the body of the article. However, people should not be discouraged by the upfront cost as there are numerous free play-to-earn games they can leverage on.