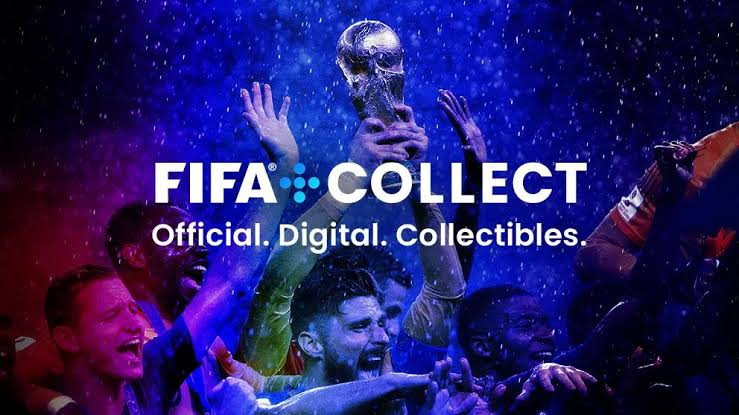 In a bid to bring football closer to fans, the world football governing body, FIFA, has announced its plans to launch a decentralized platform prelude to the upcoming FIFA World Cup and FIFA Women’s World Cup. The proposed NFT platform, FIFA+ Collect, will be launched later this month and powered by Algorand, allowing fans worldwide to connect with their favorite players, teams, and moments in the upcoming event scheduled for Qatar.

FIFA+ Collect is a new platform where all football fans worldwide can own and collect iconic football moments portrayed as digital collectibles. These collectibles will depict various moments in the upcoming events, including goal scoring, skillful displays, goalkeeping, tackling, and celebrations.

While FIFA seeks to offer football fans the best experience possible in world football, the platform is designed to be fan-oriented, affordable, inclusive, and easily accessible. This way, fans can feel more connected to their favorite players and teams, happy, emotional, and perhaps, unhappy moments in the FIFA World Cup and FIFA Women’s World Cup – which are in months’ time to come.

“This exciting announcement makes FIFA collectibles available to any football fan … democratizing the ability to own a part of the world cup,” said Romy Gai, FIFA Chief Business Officer. “Just like sports memorabilia and stickers, this is an accessible opportunity for fans around the world to engage their favorite players, moments, and more on new platforms.”

FIFA is excited to launch the new platform on FIFA+, a free world-class digital platform where fans can access the best information on world football, including past and current documentaries, engaging original content, as well as live games around the world. Launched in April 2022, FIFA+ confirms FIFA’s plans to develop a truly global and inclusive world of football.

JUST IN: @FIFAPlusCollect powered by #Algorand will launch later this month, providing football fans around the world with an opportunity to own the greatest game moments from @FIFAWorldCup and @FIFAWWC history: https://t.co/PwWv6sMPND pic.twitter.com/D3vlfN8vRQ

In 2017, Algorand was founded by an MIT professor, Silvio Micali, as crypto and blockchain-based platform where financial transactions can be initiated and settled seamlessly. Users can enjoy all benefits of decentralized networks without interruption through the platform.

Algorand is the combination of a company and a foundation. While the company is the most perceived, the foundation oversees the general growth, funding, research processes, governance, and decentralization procedures concerning the Algorand network. Also, Algorand is designed to create a world where everyone creates and exchanges value efficiently, transparently, and securely. This way, the platform builds global trust through decentralization, feasible tech processes, and adoptable blockchain designs.

The decentralized platform uses a proof-of-stake (PoS) operational procedure and rewards its users who are in possession of its native cryptocurrency – ALGO. In response to high gas fees on popular networks like Ethereum, Algorand is designed to host dApp and DeFi operations while ensuring scalability.

The Blockchain Trilemma also contributed to the creation of Algorand. Over time, it has been established that a well-designed decentralized network will be able to provide – at most – two of three advantages of decentralized networks simultaneously. The popular belief is that public blockchains can offer just two out of decentralization, security, and scalability, and not the three at the same time.

FIFA announced that its NFT platform is powered by Algorand, the preferred tech protocol for over 2,000 global organizations, governments, and digital-based financial applications.

In his remark, Mr. Gai, FIFA’s Chief Business Officer, explained that the launch will put fans in total control of their collections, describing it as a way of democratizing their ability to own their part of the feelings, thrills, and emotions attached to world cup events.

“FIFA’s platform – via a truly decentralized and scalable public blockchain – is the first tangible representation of the technical partnership recently announced between FIFA and Algorand. The commitment FIFA has made to bridge to Web3 enabled by Algorand, is a testament to their innovative spirit and desire to directly and seamlessly engage with football fans around the world,” said Algorand’s interim CEO, W. Sean Ford.

Fédération Internationale de Football Association (FIFA), translated as International Federation of Association Football, is the world’s football governing body established to oversee international competition among nations of the world. The association has its headquarters in Zurich, Switzerland, and over 200 member national associations, with the recent suspension of Russia.

FIFA handles several activities relating to world football, such as organizing and promoting international competitions. While maintaining fair gameplay in all events as well as integrity, it is tasked with ensuring that its events are accessible to everyone. FIFA’s most popular events are the World Cup and Women’s World Cup.