Try These 6 NFT Games Without Spending a Single Dollar! 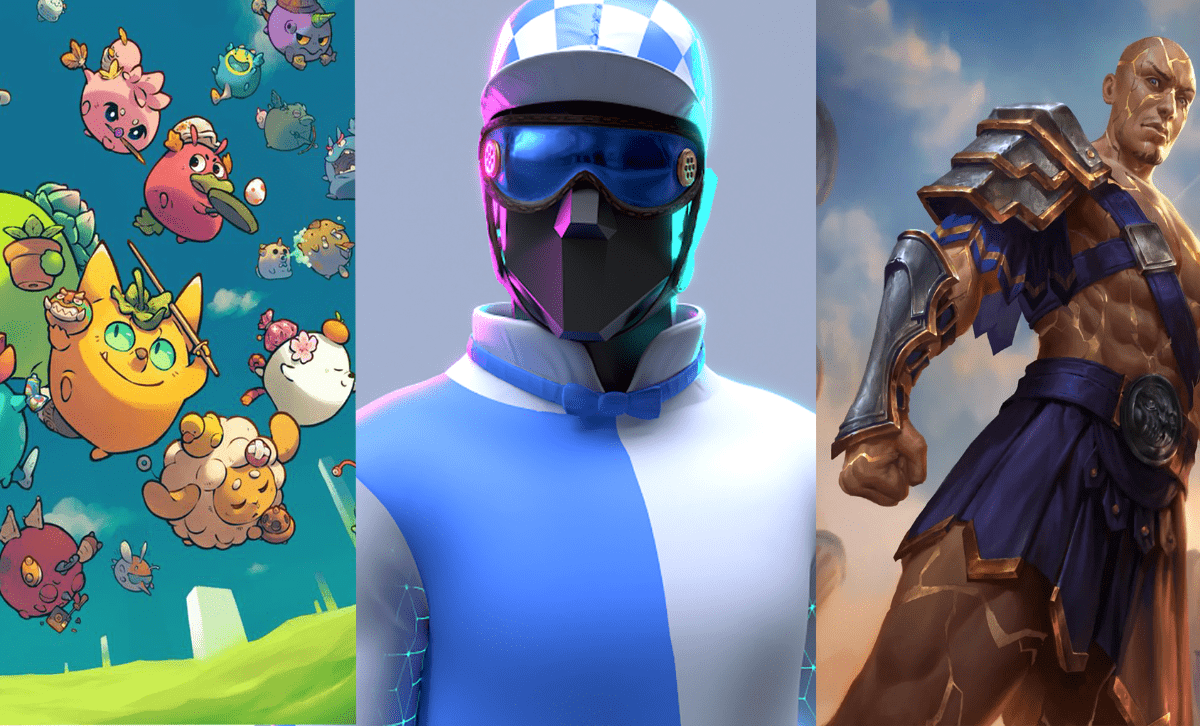 Much of it is dedicated to the growth of NFT gaming. The earning potential of NFT games makes them highly appealing to players. Hence games like Axie Infinity, The Sandbox, or Alien Worlds have had millions of users in the past year itself.

This raises the question: are the games free to play, or do we have to pay?

My answer would be…It depends!

Several games require beginners to buy assets or pay up to get started. However, we will focus on free NFT games you can play without investing a single dollar.

Let’s get started, shall we?

Despite being one of the most trending topics in recent years, NFT is still unclear to most people. The true definition of the term is “non-fungible tokens.” But what does this mean?

In simple words, an NFT is a form of crypto-token that is unique and functions on a blockchain. It can be anything from a collectible card to digital art to even celebrity tweets. Remember, NFTs have a crucial characteristic: there is only one copy.

The blockchain stores all ownership information, including digital signatures from the creator and trading details.

The world of NFTs is up to the creators’ imagination and the buyers’ desires. This industry’s free spirit is one of the reasons it became so popular.

The NFT industry is rapidly growing, resulting in countless play-to-earn games. There are a variety of types of games you can play, such as PvP, role-playing, strategy, etc.

It is unfortunate that most of these games require players to purchase in-game assets in order to get started. For example, you might have to invest in either a piece of land or a collectible card to progress further into the game.

Play-to-earn games are advertised as a way to make money, not spend money, which makes dealing with such circumstances extremely difficult.

Therefore, I recommend you begin your journey into the world of NFT by playing these free NFT games.

Launched in 2018, Gods Unchained is among the most popular NFT games. It is based on the Ethereum blockchain and has approximately 80000 players each week.  This collectible card game pits players against one another on the battlefield.

There are six gods in the game which you must align yourself with: Malissus, Elyrian, Aeona, Ludia, Thaerial, and Auros. After selecting a suitable god power, you move on to battling your opponent using trading cards.

The game’s objective is to defeat or decimate your opponent completely using power cards so that you can level up in the game. However, you should know that the Welcome Set of these cards will not be functional on the chain.

Since Gods Unchained is a trading card game before it becomes a PvP strategy game, trading these collectibles is the first way to earn money. Moreover, it is possible to forge your cards and sell them to other players for a higher price.

Remember, selling basic cards is not a viable option. It is necessary to upgrade them to make them tradeable.

The second method is to gain rewards from the weekly Gods Token Airdrop. For qualification, you must win seven matches out of twenty.

2. Axie Infinity – Get A Scholarship!

It is impossible to talk about Free NFT Games without mentioning the most successful NFT game – Axie Infinity.

Axie Infinity is a Pokemon-inspired strategy video game. The game pits players against one another using collectible trading cards of the Axie pets. It is possible to buy Axies from the in-game Marketplace or breed them by joining two cards together.

Since its launch in 2018, Axie Infinity has gained a massive fanbase. It is reported that almost a million players log in daily to play the game.

The biggest drawback of this free NFT game is that it requires users to purchase three Axie trading cards before they can start playing. However, there is a loophole to escape paying.

Axie Infinity gives out scholarships to a few players that cannot afford to buy hundreds of dollars worth of Axie trading cards. You can easily become a scholar via the Axie Infinity Scholarship program.

Once you are settled into the game, you can start earning. The most basic method is to invest your time in gaining Smooth Love Potion tokens. You can also breed and trade your Axie pet cards with other players.

The Axie Infinity platform is expanding to introduce new earning opportunities. Hopefully, that will happen soon, so keep an eye out for it.

Splinterlands is another NFT trading card game that requires its players to battle each other out in the arena. It’s one of the best free NFT games available on the Hive blockchain. Each day, it processes almost three million transactions, according to reports.

The game has a similar setup to that of God’s Unchained. However, its characters include different types of monsters.

Splinterlands offers two modes of play that make it a good option for beginners in the crypto-world. There are two ways to play the game: as a web2 without any earning opportunity or as a play-to-earn structure.

Regardless, this CCG (collectible card game) has attracted much attention from NFT gamers since its launch in 2018.

The main asset of Splinterlands is the DEC (Dark Energy Crystals). The DEC tokens can be exchanged for real currency after you have collected enough.

Opening reward chest and winning Pvp battles are some of the ways to earn DEC tokens. Moreover, you can invest your time in the in-game staking option to gain a passive income.

ChainMonsters is an interactive MMORPG game set to release in 2023. Currently, the game has released its beta versions available on various platforms.

The game has a similar structure to several other free NFT games. Hence, as a player, you will train, breed, and battle out your captured ChainMons to level up.

Like other NFT games, you can earn money in ChainMonsters through NFT trading. Each ChainMon represents a unique NFT that can be upgraded by investing time.

Hence, it is best to start with the basic ChainMon pet and make your way to the top of the NFT card chain by breeding and strategic trading.

Pexagy is a unique take on free NFT games. As the name implies, it is a horse racing P2E game that operates on the MATIC – Polygon chain.

The goal of the game is to secure one of the top three positions in a race of the mystical horses. Every player will need to obtain Pegaxy NFT cards that can be bred or upgraded with time and investment. It is a multiplayer game with 14 players racing in each match.

The exciting news is that this game will release within four days and is completely free to play.

Pexagy offers its players a number of ways to earn money. For example, winning the race allows you to earn VIS tokens. Keep in mind that the higher you rank, the more VIS tokens you will earn.

Moreover, you can trade your Pexagy NFTs within the platform to earn extra bucks on the side. Once again, the higher the level of the NFT, the more you can earn from it.

6. The Sandbox – Become An Imaginative Architect!

As an experienced player, in any discussion of free NFT games, The Sandbox is most certainly mentioned.

It is one of the leading, most prominent P2E games that function on the Ethereum blockchain. Furthermore, the theme of the game is similar to that of Minecraft. This immersive 3D game allows players to build creative assets, such as games, architecture, etc, while interacting with other players.

They work on a digital property called the LAND and enhance it to increase its value. Further, users can trade the in-game currency $SAND within the game.

The reason why The Sandbox stands out from its theme counterpart is that you can actually earn from your digital properties. You can even say that the game structure is similar to the way real-estate properties work.

Remember, your goal in the game is to earn the SAND tokens. This is possible by investing your time in the 3D world, building and creating as much as possible.

It’s all about your imagination. The more creative you get, the more you earn!

As the world slowly shifts from web2 to web3 games, it is a given we will come across a variety of Metaverse games.

However, it’s best to opt for the ones that require no initial investment from you. Surely, NFT gaming helps you with a side income. But why should it be at a personal cost, especially at the start of the game?

Thus, you should explore your way into the world carefully, especially as a beginner, and start by investing your time in free NFT games.

Once you have settled in, it’s just fun and loads of cash!