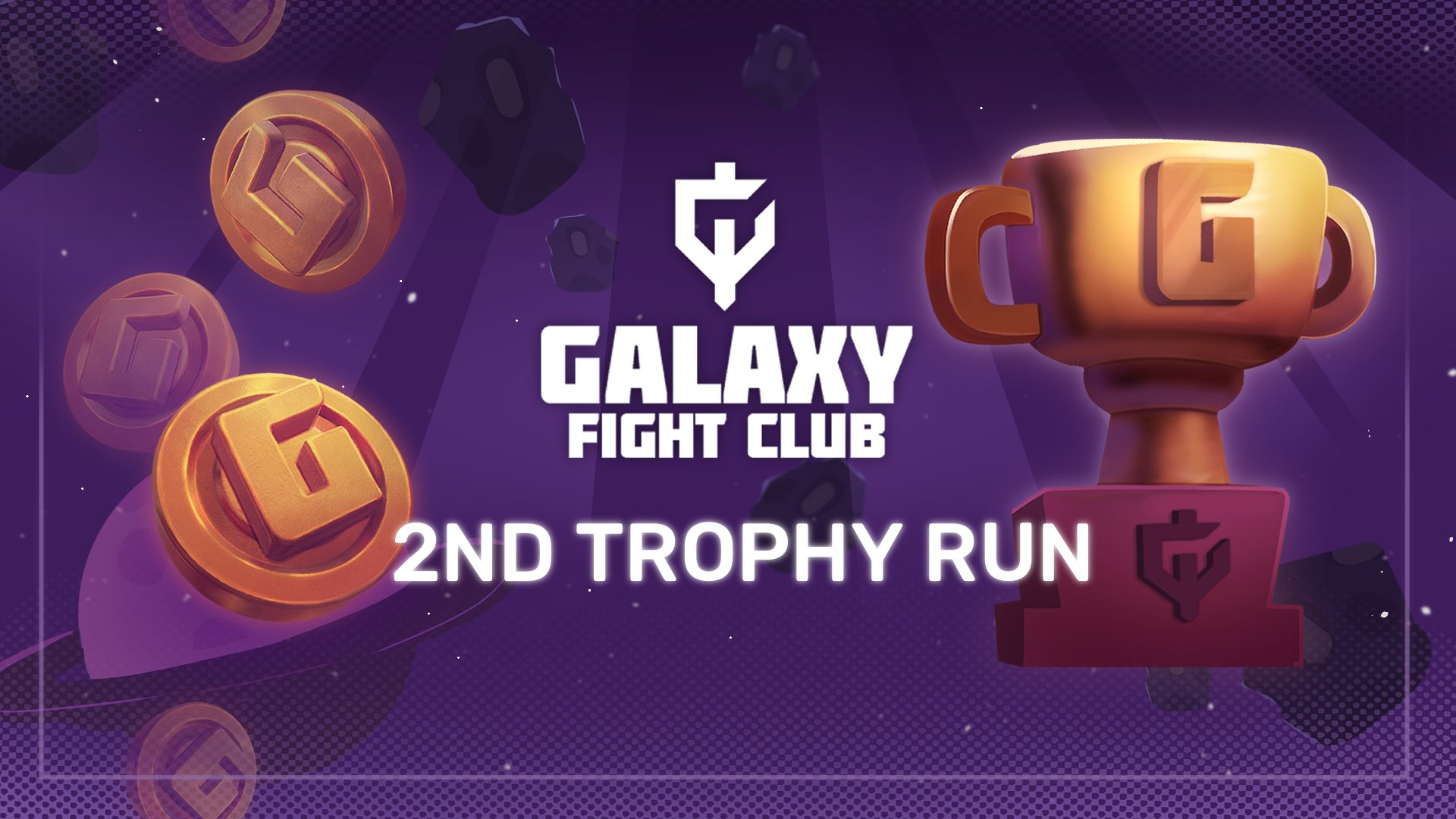 October just got better for P2E gamers, for another announcement just dropped in the blockchain gaming industry. This time around, Galaxy Fight Club came around with the good news.

The PvP fighting game on October 20 via their verified Twitter platform gave its gamers something to get occupied with through October. The announcement was to update gamers on the second run of its first-ever Cross-IP Championship after completing the first round.

The announcement came with lots of guidelines for its gamers, and we are pretty sure you won’t like to miss out on any.

⚔️ May the second round begin ⚔️

As part of our first-ever Cross-IP Championship with $250k in prizes, we are launching the second Trophy Run for all participating projects – once again, with amazing prizes! 💰

Check out this thread for more details 👇 pic.twitter.com/z0Hqk8mPag

For true fans of the P2E game, just reading the headline is enough to know what the rest of the announcement is about. But for those who haven’t grasped it, let’s walk you through it.

The gaming platform’s announcement didn’t fail to mention the number of prizes to be won just for participating in the competition. With over $250k to be won in prizes, the PvP fighting game will host a live stream on October 21, by 11 am EST, to reward the winners of the first trophy run and its viewers and to kick off the second trophy run.

Like the first, the second Trophy Run will last for 2 weeks. To participate in the competition, head over to https://galaxyfightclub.com and click ‘Enter.’ Afterward, you can download the game on your mobile from the app store or play store.

Gamers should keep in mind the project they are playing for to ensure they get the fantastic prizes attached to the project. In case you forget, go to your project’s respective discord server and look for the sign-up form to know the project you are playing for.

Sequel to the first Trophy run, 15 gamers from each community who obtain up to 500 trophies stand a chance to win weapons, keys, fighters, $GCOIN, and much more. So, what are you waiting for? Start your preparations, practice, and find teammates for the big, exclusive qualifiers.

Not to forget, an additional B64 Borex Box NFT is up for grabs through a raffle. It’s currently worth 0.64E, and it’s a gift from GFC’s partner BoredBox. To stand a chance of winning, share a gameplay video on Twitter and tag Galaxy Fight Club and the project you represent.

The Galaxy Fight Club is an ultimate P2E game with a 3v3 multiplayer battle royale game. It showcases a cosmic landscape and should be played with friends in the metaverse.

The play-to-earn (P2E) game is a cross-IP, and cross-platform (PC + Mobile) PvP fighting game where owners of various NFT collections can compete to win and receive rewards through the play-to-earn principles.

The P2E game allows players to earn rewards while playing games and employs the use of a brand-new gaming technique. It is innovative, cutting-edge, and addictive at the same time. This perfectly sums up the fusion of fighting and strategy it takes to play this game.

With a similarity to Brawl Stars, Galaxy Fight Stars is a 3D hyper-casual fighting game. Players can interact with various objects, and obstacles scattered around the landscape by moving up, down, left, and right using the game’s mobility system. Players can make melees or ranged assaults depending on their selected weapon.

The game modes are 3v3, competitions, 1v1, and Battle Royale. To earn $GCOIN, players can choose to participate in these game styles.

The features of a player’s fighter, such as their base race, armor, and weapon, as well as how effectively they play the game, define the fighter’s total strength. Both of these factors significantly influence how a battle turns out. Even while a rare NFT might have a tiny edge over a less rare avatar, the player’s ability can help level the playing field.

Winning matches and gathering loot box keys are the two main ways to earn money in the game. There are three key types, each with a daily cap or limit. With $GCOIN, these keys can be used to unlock loot boxes and obtain various items, or they can be exchanged for separate NFTs on the secondary market so that others can open the boxes in their place.

If a player does not have access to any avatars, a default fighter with base stats and a default weapon of the base tier will be assigned to them. Any player can win loot box keys, regardless of the avatar they use to play the game. Depending on your avatar, you can still win various kinds of treasure box keys.

By participating in tournaments, manufacturing and selling weaponry, renting out fighters, and making and selling second-generation fighters, players can also earn money passively (a small amount will be generated

Galaxy Fight Club is a free-to-play game, but players with NFTs get access to higher-tier characters, bouts, and keys. All F2P players (or those who don’t own any NFTs) will only be able to play as a default base character in battle, and winning matches will allow them to accumulate Silver Keys.

If a player doesn’t like fighting in the actual battles, they can choose to become a manager. As a manager, they can focus on hiring other players to fight in their place in exchange for a share of the loot. Players can also choose to become crafters and focus on gathering the best materials to forge new, more potent weapons for more opportunities.

Where isn’t a matchmaking mode available in Galaxy Fight Club where users can play against actual players. The game provides for players to engage in combat with NPCs (non-playable characters).

Participate in a wonderful world of quests and challenges, and while doing so, receive magnificent rewards. See you at the Colosseum.