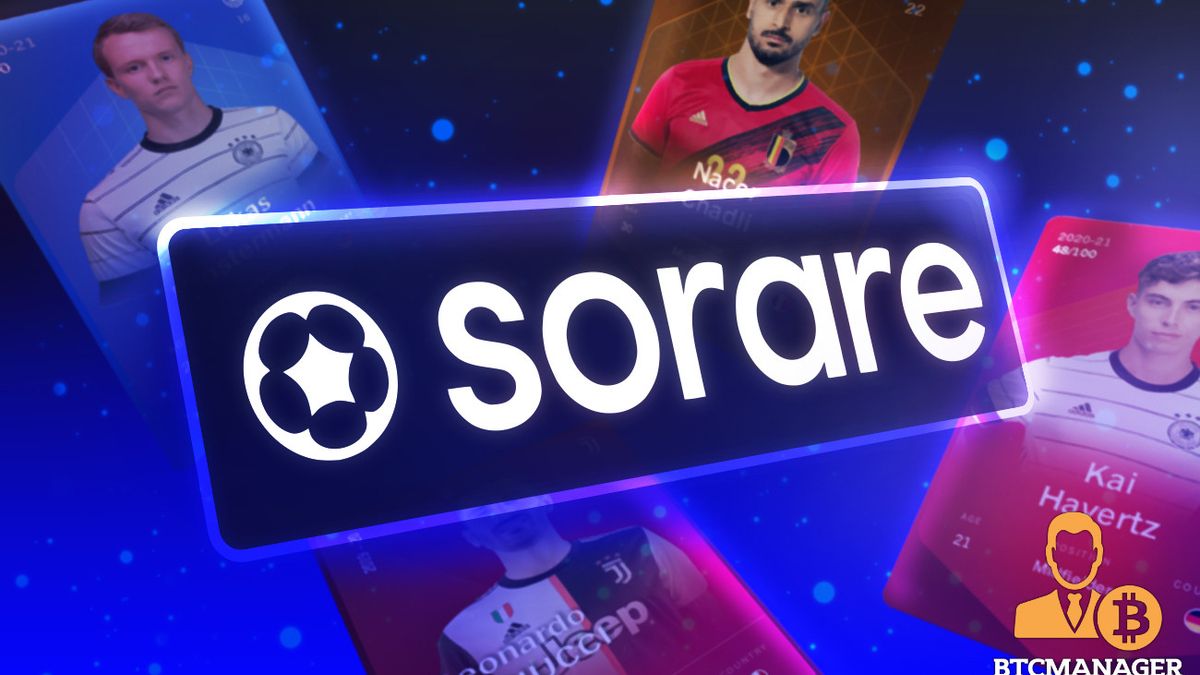 Sorare has made a name for itself in the web3 space as one of the first blockchain-based football fantasy games. It was developed in 2018 by Nicolas Julia and Adrien Montfort and it is more than amazing to see what the game has achieved in four years.

The game focuses on exciting events that spur users to keep on playing, maintaining the same energy since its launch. Some of the features of the game are trading cards and simulations.

Since its establishment, Sorare has now launched its biggest event. Thanks to the FIFA world cup, 2022 will end on a very nice note for some Sorare users.

Sorare announced the Global cup event on November 10, aiming to allow users of the game make more progress through a fantasy version of the world cup.

On the 19th of November, Sorare made announced another good news on Twitter through its co-founder, Nicolas Julia. The tweet informed users to make their world cup winner prediction and to attach their Sorare manager name alongside.

The prize reward is $1000 worth of Sorare cards and will go only to one person who guesses the world cup winning team correctly and although there was no slated deadline, it is better to enter the competition early.

How to Enter for the Sorare Special Rewards Competition

This little event was announced on the Twitter page of Nicolas Julia and is not official, hence there will be no updates on the game. In order to get in the race for the reward, Sorare managers only need to visit the twitter thread and comment on their predictions correctly.

The most important part is to make sure you enter your predictions correctly on the thread, not only getting the winner correctly. Assuming that your prediction is the Brazilian national team, then your input should go thus:

In the words of Sorare’s co-founder, “Comment with the name of the World Cup winner ➕ your Sorare Manager name ➕ #GlobalCup”

“After the final, I’ll randomly pick one Manager amongst the correct guesses & the send the prize to the account”

1. Comment with the name of the World Cup winner ➕ your Sorare Manager name ➕ #GlobalCup
2. After the final, I'll randomly pick one Manager amongst the correct guesses & the send the prize to the account

What is Sorare’s Global Cup Event?

Sorare’s Global Cup is a fantasy version of the Qatar world cup that will kickstart on the 20th of November. Just like other football games, Sorare announced its global tournament a few days before the world cup and users are digging right into it.

The Sorare global cup tournament works similarly to the normal Sorare fantasy game, as users will make use of player cards. In this case, however, these cards cannot sell in the marketplace.

Sorare Global Cup 2022 is a f2p football fantasy game and is NFT-based, as old users will recognize. The tournament kicked off on the 10th of November and will end immediately after the world cup, on the 19th of December.

In order to play, users need to collect licensed players cards. There are cards made for national teams at the world cup, and users can create lineups from the cards they have in their collection.

The tournament works like other fantasy football games and the points you will get depend solely on the performance of your players in real life. One of the best parts of the tournament is the private league system where you can play with your friends.

Users can also boost the XP of the player’s cards by using them to compete in tournaments, according to Sorare.

The Sorare global cup tournament is themed with Qatar and features cards with all players in the Qatar world cup. The playing system of the tournament is not so different from the normal system.

All games are to be played with five cards in a squad, with four of the five playing different positions. In total, users will choose eight player cards and must start five of them.

Point scores are not predetermined and depend on various factors, including goals scored by players on your card, their assists, successful dribbles, saves, accurate passes, tackles and overall match ratings.

During the Sorare global cup tournament which will last for 29 days, managers with impressive tactics and dints of luck can get exclusive rewards, some of which are common player cards, club limited cards, national player cards and so much more.

Users can simply log in to Sorare in order to see the possible rewards for the global cup matchdays. The overall leaderboard will give the best rewards, and these can be gotten with points from the global cup.

Some users believe that the Sorare common cards are not very useful, as everyone gets them. This may not be true, however, as some other users find them very useful.

Unfortunately, they are of no use on the Sorare marketplace and can only function in lineups. One of the major advantages of the bonus cards is that they give managers more choices in terms of lineups.

Managers will lose points in the Sorare global cup tournament if selected players in the lineups perform badly in real life. Football fantasy games used to be just for fun, but in the last eight years, more and more utilities have become available in the web3 space, and Sorare is no doubt the best.