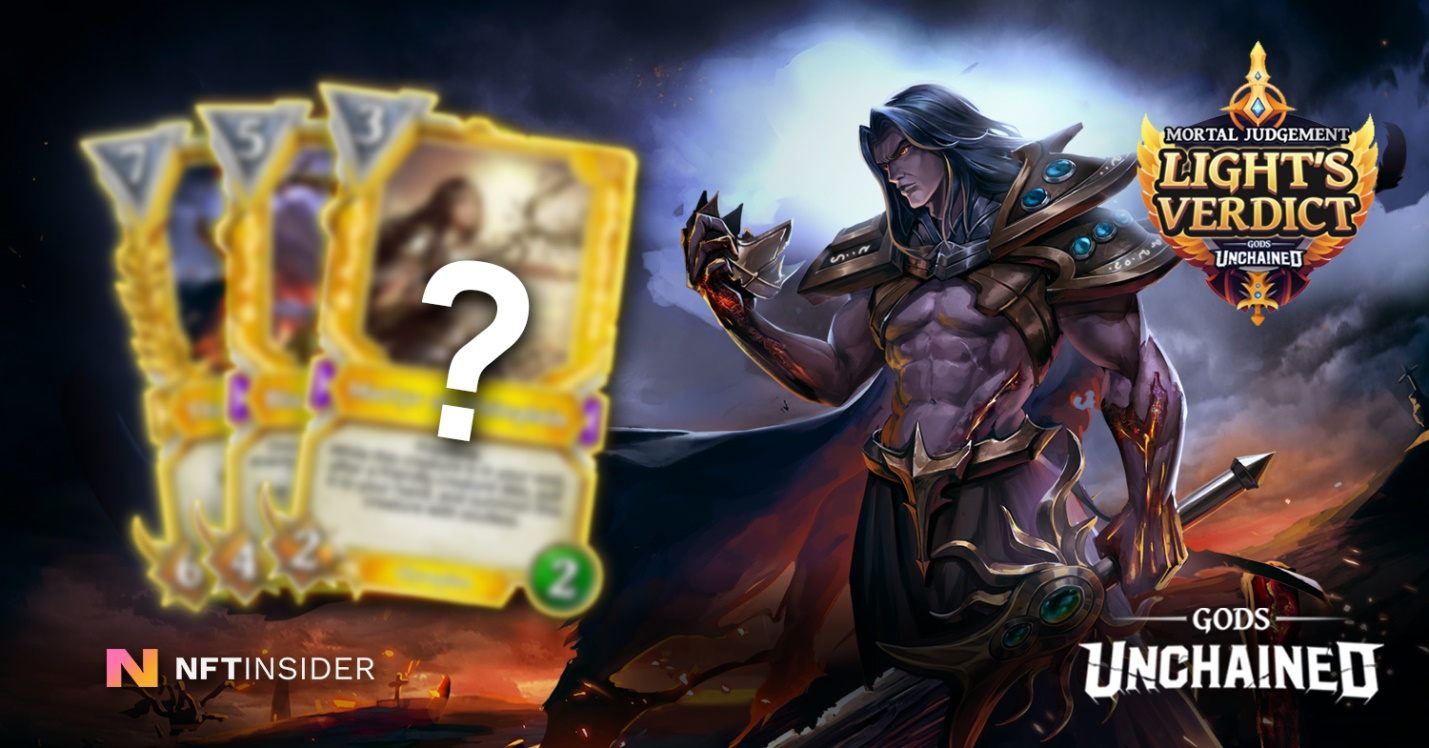 Gods Unchained announced its November Balance Update via its Twitter page. The update marks the completion of changes to the Mortal Judgement set. While the intention behind this update was to redesign several unplayed cards and ensure the cards have less clunky designs. More so, the update was done to raise card win ratios.

With this update we have completed some changes to the Mortal Judgement set! 💫

Several cards underwent changes in the update. Let’s examine those cards and changes to them.

The card experienced a decrease in its mana cost from 8 to 4. Also, there was an increase in its stats from 1/9 to 4/4. The card’s text changed from giving +2 strength to a player’s weakest creature after an opponent creature takes damage. Due to the update, opponent’s creatures now get burn +3.

There are also changes to the nerf cards. Check out the changes below.

The card had its mana cost increased from 3 to 4.

Like its counterpart, the update also increased the card’s mana cost from 5 to 6.

The update changed the card’s text from hidden to hidden for 1 turn.

Gods Unchained made changes to some cards’ strength. Let’s check the improved cards.

The update changed the potency of some commands. Certain commands in the card game now have limitations. Here are some of them.

On Her Command: After the update, this command will cease to destroy creatures with Ward.

Dreaming Sceptre + Obsidian’s Dagger: The duo will no longer have abilities that bypass Ward.

That Which Aches: The command now accurately summons upon playing “The Divine Coronet”.

Corrupt Ceremony + Enlightenment: With this command, target cards move towards the correct side of the void.

Phylactery + Enraging Talisman: The command allows the text on ability cards to match that of their parent card.

Most importantly, players should be aware that the VFX has also undergone several changes. There has been an update to the god power to be compatible with the mulligan texts. Also, incorrect colours for mana and health texts have been rectified. Lastly, the Gods Unchained team has removed the lingering soulless VFX.

Card Gaming in the Metaverse

Blockchain trading card games are quite similar to their web2 counterparts. They provide players with challenging yet entertaining gameplay where they engage in one-on-one card contests to determine the best.

Even before blockchain became a reality, collecting cards was a fun hobby. Thanks to blockchain technology, your preferred rare card can now be an NFT. As a result, cards in web3 now function as financial assets tradeable across many exchanges, thereby increasing their liquidity. Moreover, it gives players an edge in-game and the chance to profit from them.

Over the years, blockchain trading card games have drawn a lot of users. They draw their influence from web2-based card games while maintaining the intricate gameplay and strategy development that made them popular. Over $52 million worth of assets has reportedly been transferred between players of Gods Unchained.

Gods Unchained in the Metaverse

Gods Unchained ushers in a new era of gaming in which users possess total command over their in-game possessions. The cards contained in Gods Unchained cannot be changed or deleted because it is based on a decentralized blockchain. All in-game items, therefore, have real-world worth and may be purchased, sold, and exchanged with other players.

Players can earn rewards by competing against other players in tournaments, leagues, and quests. The quality of their rewards will increase as they perform better. These benefits can be used to fund fresh card purchases, new NFT creations, and even stakes in the staking pool.

The NFT industry is growing significantly, and it’s no surprise that Gods Unchained is highly popular, given its extensive utility. The platform’s user base and prize pools have grown largely since its inception, and we anticipate further expansion.

When a game is balanced, players should take into account two factors. Among these components are the balances of numbers and experiences. Every time they collaborate, the pair is like two opposites of a coin.

Gods Unchained: Worth A Try?

With a solid idea and a track record of success, this game has a ton of future potential. Additionally, Gods Unchained is being presented to you by a team that enjoys a solid reputation in the gaming sector.

More than a year has passed since the game’s debut. Gods Unchained may eventually be made available on mobile devices, as the developers have promised more in the future. Click on this link to learn about the Gods Unchained.

It’s crucial to conduct your homework and comprehend any risks you can run into before investing in cryptocurrencies. Keep in mind that you should only invest money you’re willing to lose in anything of this sort.