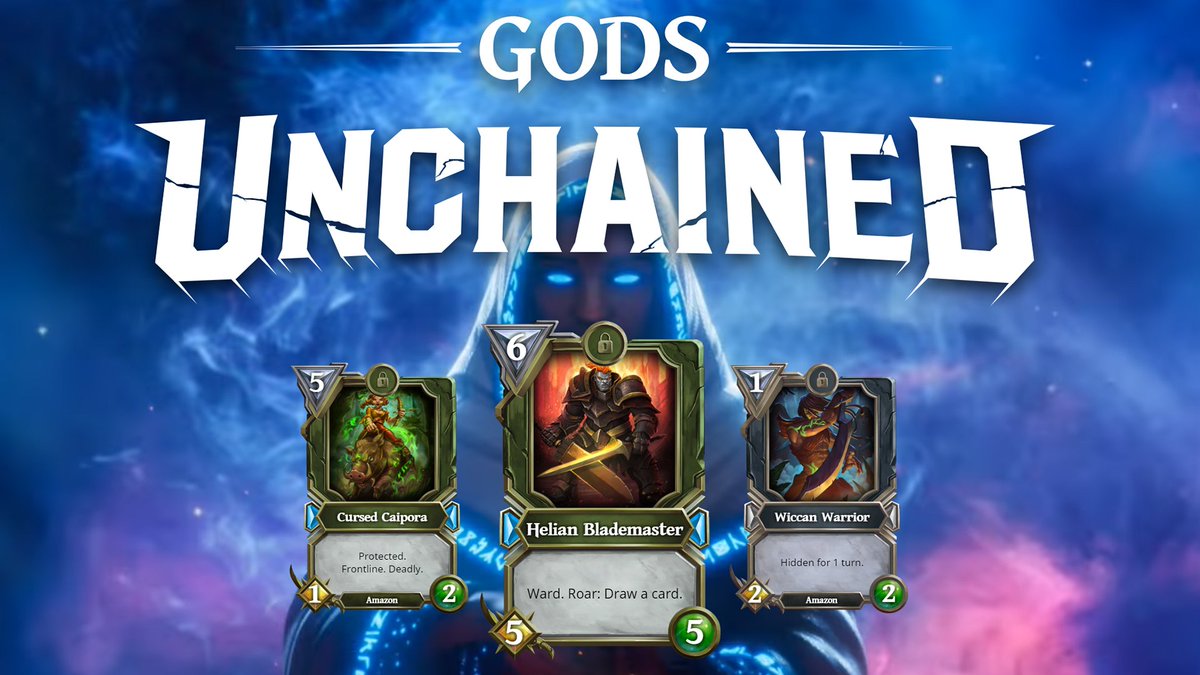 NFT-based games are becoming increasingly popular. The proliferation of new blockchain-enabled games makes it harder for pioneering titles to attract a significant audience. It so happens, however, that there are some games that the crypto gaming community simply must play.

God’s Unchained, a play-to-earn NFT game, is one of those games that has recently become a media darling. Throughout crypto-centric NFT forums and online chat rooms, discussions about this game are rife. That it has shown up on our radar is only natural, and if you’re here, it’s safe to assume the same is true for you.

This article will provide some winning beginner deck combinations for the God’s Unchained NFT card game for those who are new to the game and wish to boost their chances of victory.

By adapting popular games for the Web 3.0 platform, blockchain developers are making ground in the NFT gaming market. Several developers have begun offering trading card game alternatives in the decentralized world with the hope of integrating them into their platform on Web 3.0 because of the existing fan following trading card games have in the physical, centralised world of traditional video games.

Hearthstone, Magic: The Gathering Arena, Shadowverse, and a slew of other classic trading card games enjoy a lot of popularity. God’s Unchained joins the ranks of other play-to-earn games like Splinterlands that have successfully brought trading card fans to Web 3.0 with tremendous earning possibilities, demonstrating that there is room in the market for other NFT games in this genre.

God’s Unchained is a play-to-earn strategy game built on the Ethereum blockchain, like many other NFT games.

As a game of strategy, the winner is determined by who has the best hand and can execute the most strategic chain of actions.

At God’s Unchained, you can buy and sell gods, who are NFT cards. The term “trading cards” refers to an activity in which card owners exchange their cards with other players.

The God’s Unchained card game is the first of its kind that does not require an initial commitment of any kind from new players. For their first playthrough, new players are given access to a large collection of free cards. Users who are traditionally wary of attempting new video games, especially if they require an upfront financial investment, are more likely to participate in such a system.

In keeping with expectations, the free cards aren’t as potent as the premium ones you can buy in God’s Unchained. You can go quite far, and perhaps even win against an opponent who is using purchased cards if you put together a superb deck of free cards. The best beginner God’s Unchained card decks are discussed below.

Control decks, as their name implies, allow you to set the tone for the game. It takes a lot of planning to execute this deck. You can easily win games with this deck and compel your opponents to play against you.

NFTs involving gods of light and nature are the most effective. Make use of The Hunt, Wildfire, Lightning Strike, and Golden Saber. With experience, you’ll develop a winning plan for this deck and be able to take the game by storm.

The attacking strategy of this deck is emphasised. The objective is to overwhelm your foes with a large number of minions at once. When confronted with a large stack of cards, most players lose their cool.

You plan to use war and death deities to carry out your approach. Bombfly and bladecaster are two strong examples of playing cards. Maintain a steady stream of low-level minions and watch your opponent buckle under the pressure as the game progresses.

Blending elements of Aggro and Control, the Combo deck is a hybrid strategy. You can adapt your game to any unnatural situation or opponent if you combine the intense pressure of an Aggro deck with the clever strategy of a control deck. The gods of War and Nature are ideal for this strategy.

Among the three aforementioned strategies, Combo decks have the least chance of winning a matchup against Aggro decks because of the former’s early onslaught, from which a player with a combo stack might not be able to recover. But it’s likely that combination decks will prevail over control ones.

To sum up, the best course of action is to play with several decks of cards until you find one that works for you. If your approach is solid enough, you can win against any opponent, regardless of the strength of their hand of cards.