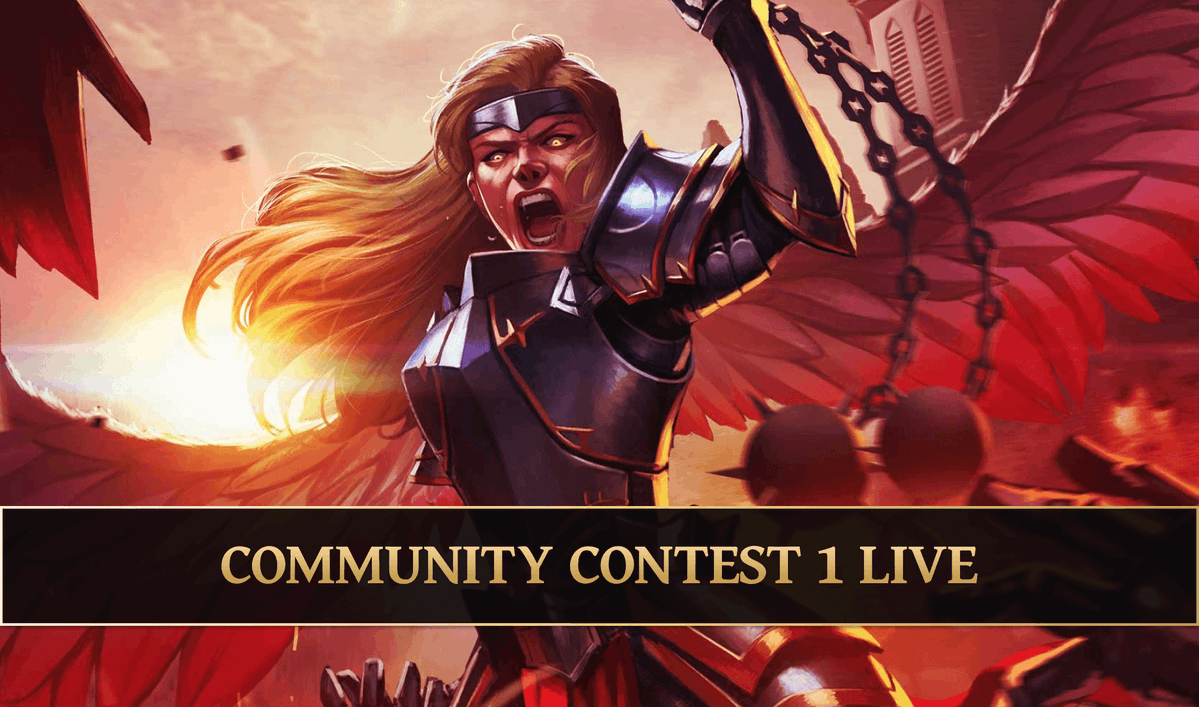 The first community contest is the War of Aggression. From today until November 18th, 00:00 UTC, players can battle in a weekly trial using their Gods Unchained NFT cards.

What are Community Contests?

Four community challenges have been released by Gods Unchained, along with their conditions. From 15 Nov-18 Nov, players must use cards that cost no more than 5 Mana to participate in the War of Aggression.

There will then be the Golden Age, which will take place from November 22nd to November 25th. Only a player’s deck can include cards from Genesis, Trial of the Gods, and Divine Order sets.

A third event will be held from 29 Nov-2 Dec titled Divine Conflict. Players must have cards from Death, Nature, and War in their decks to play.

Lastly, Stuff of Legends will occur from December 6th to December 9th. There is a minimum requirement of 10 Legendary Cards for participants in this challenge.

In addition to taking part in the Daily Play & Earn, players must also tweak their decks in order to meet the requirements. Depending on the opponent’s rank, players are awarded points. Players earn more points as they rise in rank. You will only receive rewards if you are ranked 6-12.

Community contest number one is now here! War of Aggression is a contest that requires your deck to only contain cards that cost 5 Mana or less. Each time you deal cards during a community contest, you will accrue one Mana.

Taking a look at the official contest on GU Decks, War of Aggression is described. Its description is to ‘create a deck containing only cards that cost 5 Mana or less’. Below, there is a list of cards with the God attribute, the marches, the deck win rate, and its estimated price.

We’ll take a look at the top 5 cards with a 100% win rate with 5 Mana or less. New Growth is the first card on the list. The card is defined as a nature God, with three matches and a deck win rate of 100%.

Next, we have Feral Cat. Feral Cat also belongs to the Nature God group, with two matches and a 100% deck win rate.

Additionally, there is Dragonkin Caller. This card is a Neutral God card with one match. Alas, it has a deck win rate of 100%.

Student of Blades is another Neutral card, but with three matches and another deck win rate of 100%.

This is super exciting, and with the amazing rewards, we imagine that these community contests are going to be pretty popular with avid gamers.  So far, weekly contest leaders are all in the Mythic rank level, with at least eight wins and ten matches per player.

How Does Mana Work?

Every turn, you unlock one Mana. So, let’s take a look at how Mana works and how to use it. As with any traditional automated system, you’ll unlock one gem each turn 1-5.

The sixth Mana gem, on the other hand, will not be accessible until turn seven, as it comes with two locks attached. On your seventh Mana gem, there will be two locks. Following this, there are three locks on lock eight and four locks on the ninth.

As you are probably aware, if you play Gods Unchained, there will be four challenges within the community contests. Of course, at the moment, we are in the War of Aggression contest. This contest ends on November 18th at 00:00 UTC.

Next, there is the Golden Age community contest. This deck must include cards from Genesis, Trial of the Gods, and Divine order cards. This contest starts November 22nd and ends November 25th at 00:00 UTC.

Additionally, there is the Divine Conflict community contest. This contest requires your deck to contain a card from Death, Nature, or War. This contest starts November 29th and ends December 2nd at 00:00 UTC.

Finally, there is Stuff of Legends. This community contest requires players’ decks to contain at least ten legendary cards. This contest starts December 6th and ends December 9th at 00:00 UTC.

Community contests made a return to Gods Unchained after a short retirement. We’re super excited to see how they work out, and players are enjoying contests in the play-to-earn NFT game.