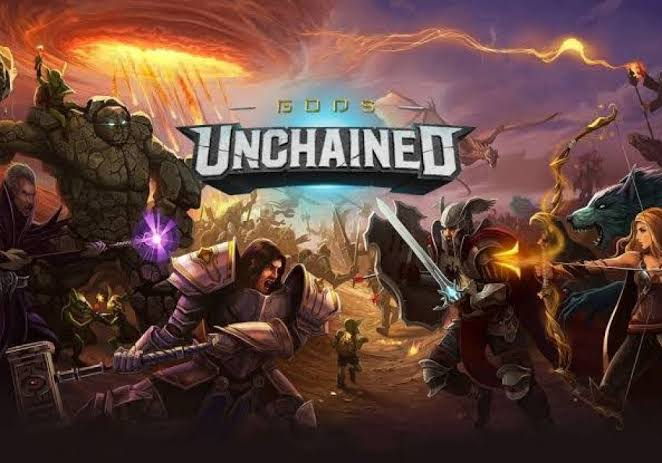 For users in the fast-rising era of play-to-earn games, the popular Web3 game, Gods Unchained is not strange. Gods Unchained, like all other play-to-earn games, gives players the chance to maximize their character’s talents, skills, and qualities and boost their reasoning skills. This is because – in every instance – a player has to think of a million ways to outsmart his opponent.

Earlier today, Gods Unchained took to its blog and Twitter handle to announce that it has released a “balance update.” Reportedly, the update came after players pleaded with the developers to release more Public Test Realms (PTRs). With the recent release, players will have more say in the affairs of the user-oriented game. Additionally, feedback from players will be greatly appreciated.

As part of its plans to give players the best gaming experience, Gods Unchained released a “balance update” following massive pleas from its die-hard fans. Prior to the release, players sent requests for more PTRs so that they could test the changes before they go live.

In response to their pleas, God Unchained opened a PTR that would last only six days. Players can access the PTR from today, September 8, 2022, till September 13, 2022. The developers urge them to use the ‘Direct Challenge Mode’ where they will be easily matched with opponents. Additionally, the code to get matched is ptrmortals.

The new update comes with a lot of adjustments. For example, the game’s special characters are now upgraded or, better still, have their stats changed. Players should expect a change in stats obtainable from Dalia, the Night Gardener. These changes include stats change from 3/3 to 3/5 and an incoming boost on the underused MJ leggy.

While these changes seem normal, the doubling effects prove to be very dangerous every time. Consequently, the developers will be cutting down the effect of the combination to make it more interesting and less oppressive.

You should note that the duty/embalmer loop is a very engaging feature. It moderates the gameplay rate, at least, to a state where a fair win can be achieved. With 45 minutes being the maximum game time, the rest of the game’s in-built designs strive to settle the game before the time. However, the loop allows players to enjoy the game without it ending unfairly.

The stats for Ronellan Sparrow have been changed from 2/1 to 1/1. Now, players can make decks out of hidden creatures whose stat lines are average or above average. Consequently, any player who has a deck like this will be tough for an opponent to defeat, except the opponent has sweeper effects of high density – which most domains currently do not have.

The text under enlightenment has been changed. The previous text goes like this: “Give -5 strength to a creature and remove frontline from it.” The new text goes like this: “Discard two cards. Look at your deck and pull two cards to your hand, then shuffle your deck.” In the same vein, they have reduced the Mana cost from 4 to 3.

Gods Unchained is a free-to-play, play-to-earn blockchain-based action game. In the game, players get to use different skills, qualities, and abilities to outsmart opponents and, ultimately, win. With various strategies available to leverage, players can trade NFTs – as trading cards – based on the in-game GODS token.