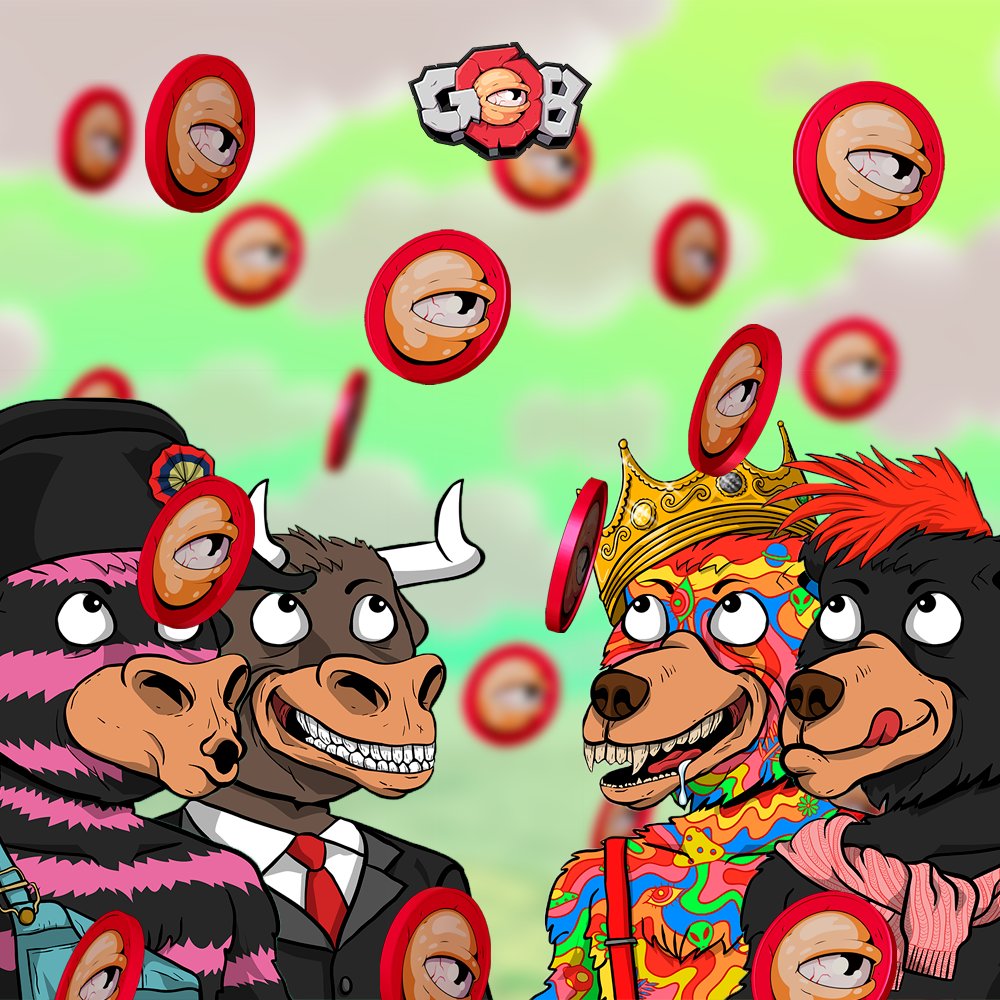 The GOB token made its formal debut on August 31. Two early DEX offerings on August 30 on Poolz Finance and GameFi.org preceded the token-generating event. UniSwap V3 and Gate.io will support GOB token trading as soon as it launches. The project’s objective is to have $GOB exchanged on Uniswap V3 and Gate.io (Polygon). The Goons of Balatroon project will get funding from the $GOB ICO with the ultimate goal of developing the best crypto/NFT gaming platform.

A special day as our $GOB token is LIVE!🥳🚀
It's a HUGE landmark for our team and community!

We'll raise a glass together across our many time-zones; but not just yet! For now, grab your $GOB, Goons and @balatroon Land. With staking around the corner, you might need it!? #GOB pic.twitter.com/5NH22kdd7V

The Goons of Balatroon project is now on track to deliver a first-rate crypto/NFT gaming experience and to develop a thorough metaverse ecosystem with the $ GOB coin at its core.

“Users are tired of uninteresting games,” said Mark Turetski, co-founder of Goons of Balatroon, “therefore, our focus here at Goons of Balatroon is on enjoyment, function, and sustainability.” There is an apparent demand in the cryptocurrency gaming market for a more dynamic and substantial experience.

The Goons of Balatroon aim to create a large-scale gaming community that will embrace traditional players, web3 natives, and NFT collectors. A trading card game (TCG) that users of games like Hearthstone, Yu-gi-oh, Pokemon, and Magic the Gathering will find familiar while introducing fascinating new concepts and play styles is their flagship offering, sharing the Goons of Balatroon title.

While some projects leave their token holders waiting for updates that would never take place, some utilize the funds raised to deliver what they initially promised to be building. Among them are the Goons of Balatroon. The GOB token is the most recent illustration of the Goons of Balatroon’s dedication to shipping. The coin is well-positioned to support the quick and inexpensive transactions needed by a GameFi project because it is simultaneously accessible on the Ethereum main net and Polygon Layer-2 scaling network.

The coin will power numerous elements within the GOB ecosystem, including its primary trading card game product. Additionally, it will allow holders to participate in on-chain governance votes that will determine the project’s course. The new GOB token was already being used across the Goons of Balatroon ecosystem before its recent on-chain introduction. More than 20 million GOB were spent by holders of the token’s off-chain version on trading card packs, while another 10 million were spent on World of Balatroon metaverse territory.

The Goons of Balatroon are still keeping their metaverse pledges

Goons of Balatroon was introduced in late 2021 as a 9696-strong NFT collection of bear and bull avatars. Its developers spent the first half of 2022 growing and developing it. The Goons of Balatroon trading card game is the first of numerous items the company is targeting after adding more personnel; the team now has more than 30 members with backgrounds in crypto, marketing, art, and eSports.

GOB has the money to keep its promises, unlike some NFT ventures who have used up revenue from their initial avatar token sales. The project raised about $2.5 million in April 2022 to fund its idea of a metaverse. The former’s emphasis on enjoyment sets Goons of Balatroon apart from other NFT and GameFi ventures creating play-to-earn games. Mark Turetski, a co-founder of the initiative, commented following the April raise:

“With the current boom in ‘play to earn’ games, we notice an increasing focus on the ‘earn’ function, and although this is undoubtedly a component of our environment, we believe a focus on making the game fun to play, first, is of the utmost significance,” the statement reads.

The Goons of Balatroon project’s website mentions Merit Circle, Unizen, and Maven Capital among its noteworthy partners and backers. Investors are attracted to this fun-first strategy, which is great to see in a GameFi business.

The Goons of Balatroon task and the $GOB token

A gaming startup called Goons of Balatroon is becoming more and more well-liked by the internet gaming community. The gaming platform is designed to accommodate players of various types, including NFTs, millennial crypto geeks, and nostalgic gamers. A trading card game (TCG) compared to Hearthstone, Yu-gi-oh, Pokemon, and Magic is one of its most eagerly anticipated games. The project’s ultimate objective is to develop a fully functional metaverse ecosystem based on the $GOB token.

🧵$GOB is governance, rewards and utility, wrapped into one powerhouse token. Your key to tournaments, cosmetics, staking, future NFT drops and so much more.

This is just the beginning – yet another huge day in our epic journey – Balatroon awaits you! https://t.co/XD0JcSa07V

Poolz and Gamefi hosted IDOs for the project on August 30 in advance of the TGE on September 1. The $GOB currency serves as both a governance token with real-world applications as well as the ecosystem’s reward token. Players of Goons of Balatroon can buy in-game items like effects, cosmetics emotes, and more using the tokens. Additionally, it will run the “play to earn” system in the game.

The money required to extend the team of experts to more than 30 was raised from the sale of GOB’s NFT collection. They have expertise in various industries, including software development, graphic arts, professional video gaming, and cryptocurrency. The TCG development has entered early BETA and is now accessible to anybody who owns the project’s NFT collection. the current live price of the token as per Coinmarketcap is $0.03852 per token.

About Goons of Balatroon’s game

Goons of Balatroon is a free-to-play Crypto card game in which teams of Goons compete. It is a P2E reward mechanism game played by using NFT cards that can be purchased or won. Lands, Bods, Card Packs and more are also available for gamers to utilise and earn huge income. By building customizable decks, you can use your creatures, spells and mystery cards to defeat your opponents. You climb the leaderboards as you eliminate enemies one by one. The GOB gaming World makes AAA experiences interesting one for gamers.