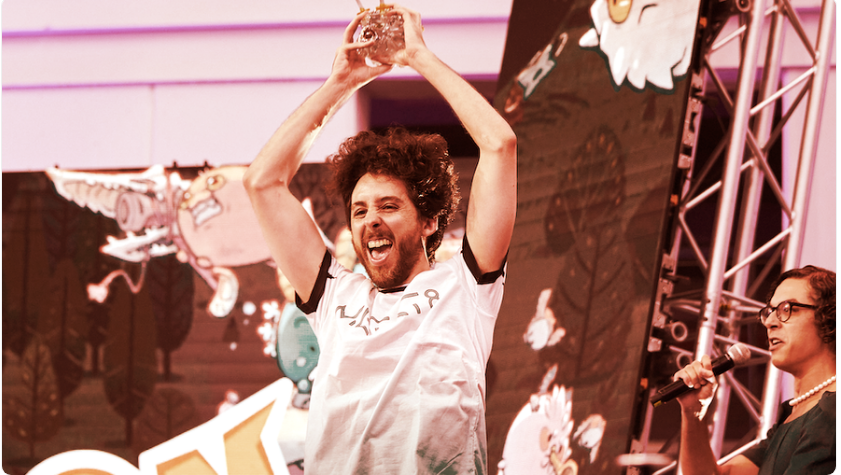 Known for its unique slogan, “if we don’t own, we don’t play it,” METAT8 Esports swept the floor at the just-concluded Axie Infinity World Championship. At the first Axie Infinity World Championship, the METAT8 Esports players won both of the largest tournaments. It is more like their slogan, which represents their focus on Web3, which has come to play in the competition.

The Axie Infinity World Championship was held at AxieCon in Barcelona. It features the two champion players from the METAT8 space, along with many others. The combined winnings of the team amount to $229,000. Although they both have participated in longer-running web 3 games before delving into esports, their achievement at the event is by no means a feat.

"@1437_MT8, Siva, said that the esports focus is a differentiating factor amongst NFT-driven games right now."

Tag the esport player you think would be able to compete at the highest level in Origins.https://t.co/7W0CQ3SIcO

Let’s get to know what the championship is all about and the winning story of the two champions from METAT8.

The Axie Classic World Championships is a competition that features a five hundred thousand dollars ($500,000) prize pool. It hosted up to 64,000 players who were divided into two regions in the qualifiers mode – East and West. The top 16 winners in both categories are scheduled for a paid trip to Barcelona, Spain, to compete in the finals.

After the classic world championships, the event proceeds to the Axie Origin Bring-Your-Own-Device series, which ran solely on the AxieCon site from September 8 to September 10. About 2,048 players who attended the event in Barcelona, Spain, were made to participate and compete for a $400,000 prize at the end of the 3-day powerful competition.

In the Axie Origin BYOD series, players were allowed to bring their devices for participation. They were able to use androids, laptops, and even Tablets to join the challenge. In this “Origins” tournament, Theeban “1437” Siva made an impressive run at the AxieCon at a 12-0 in sets before getting the title conferred on him.

Known for its focus on Web3 NFT games, which revolves around user-owned NFT assets, METAT8 is a leading platform in the metaverse. The slogan “If we don’t win it, we don’t play it,” according to METAT8, is a reference to the above fact. However, it seems that the real meaning of the phrase was unleashed at the Axie Infinity World Championship.

Two players from the platform won the Axie “Origins” tournament with a blast and went home with a combined prize of $229,000. METAT8 is a “marquee” esports team in the web3 space and the whole metaverse. With their active and strong PvP community, the focus of the platform is more on. They attract professional content creators and the highest competitors with their positioning.

“@1437_MT8, Siva, said that the esports focus is a differentiating factor amongst NFT-driven games right now.”

Tag the esports player you think would be able to compete at the highest level in Origins.

The Champions – Siva and Pozzo

Before participating in the Axie Infinity World Championship, Siva has been an active esports player. He has competed in “Dota 2”, a multiplayer online battle arena game, for decades. His participation has earned him some of the largest prize pools in esports history. These and some of his past records show that he is not just a casual champion.

Apart from METAT8, he has also played for teams like Dignitas and Cloud9 and has successfully competed at the annual international tournament. Eventually, he decided to retire in 2021 after a long period of time in coaching. It was at this point that his attention was drawn to the Ethereum-based Axie Infinity.

The number of participating players then was much, and the NFT sales volume was high. He reportedly saw this as a bridge between his interest in cryptocurrency and his gaming background. Without further ado, he co-founded METAT8 with Elijah esports gaming club in September 2021, almost a year ago now.

According to Siva, the win was a result of dedication to the focus of METAT8 Esports, which has been on competition from the start. When interviewed by Decrypt, he was quoted to have said:

“We wanted to have the best possible team, and something that’s just all about competing and making each other better and stronger. We were making sure that the players in our guild are able to fulfill their dreams of being full-time players, essentially.” – Siva, Decrypt

The second esports champion from METAT8 is Pozzo. He won the Axie Classic tournament category based on his previous record in the V2 battle mode. He has been a creator at METAT8 since the onset and has been competing for the club after a career playing “Magic: The Gathering.”

Like Siva, Pozzo has participated in the card game for over a decade. In the video game version of “Magic: The Gathering Arena” during the 2019 World Championship, he held the 5th position. Interestingly, Pozzo took a break from Axie earlier this year when it transitioned into a new version known as the “Origins.” He reportedly found it boring.

However, at the announcement of the World Championship, he decided to come out and join METAT8 again. It was this decision that earned him his first major tournament title in a game much competitive like the Axie.

“It was amazing. I’ve done pretty well in ‘Magic,’ but I had never earned a major, individual title. This was something special because going home knowing that nothing could have gone any better is unique.” – Siva, Decrypt.

It was a huge day for METAT8 and the two world esports champions. It shows that dedication and consistency pay in every area of life, even the metaverse. Another notable happening at the event is the $2.4 million token grant announced by Axie Infinity developer Sky Mavis. This huge amount of money is meant to be dedicated to esports competitions in the coming months.