How to Breed Rare Shoes in RunBlox 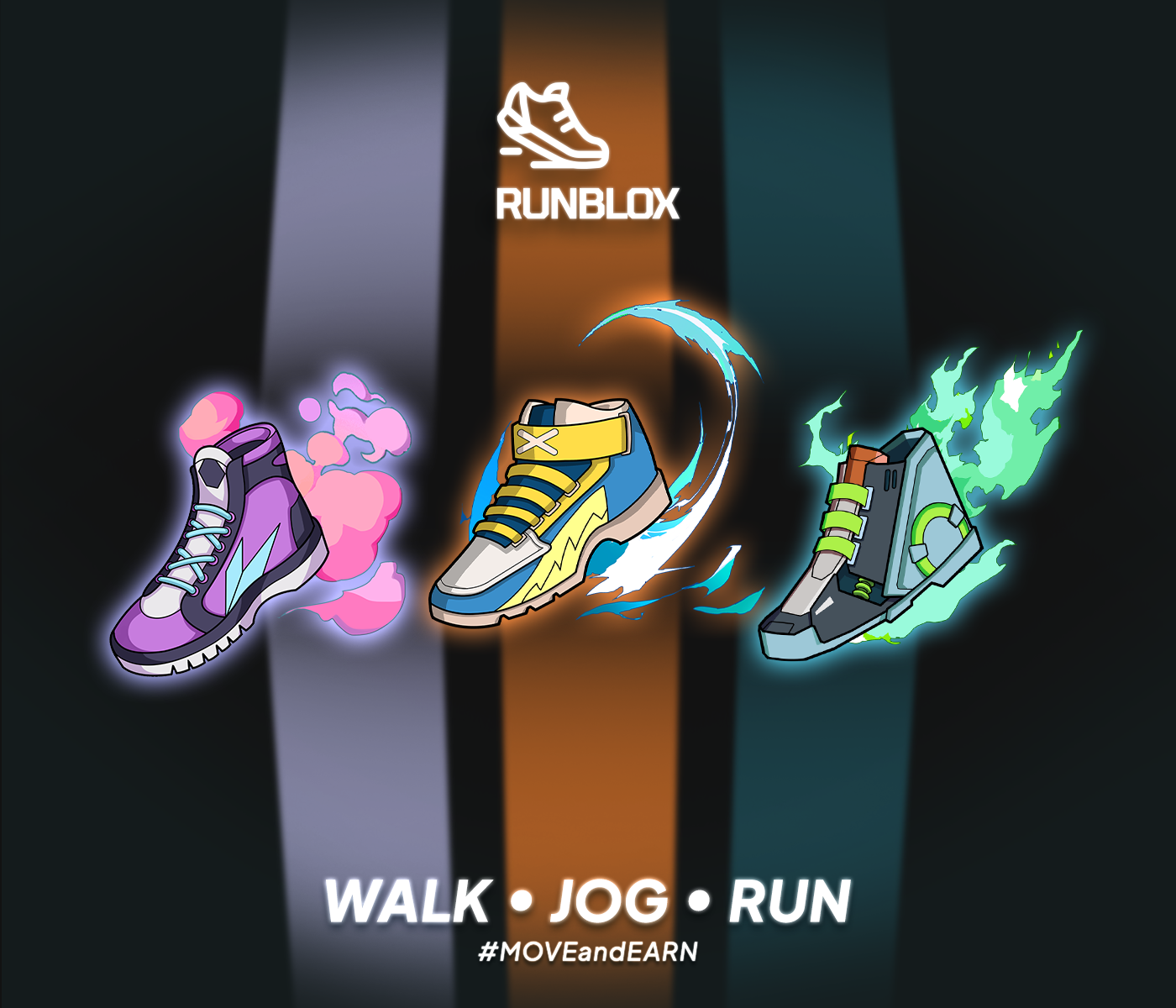 RunBlox breeding doesn’t have to be a mystery. In fact, Openblox has created a robust breeding mechanism with clear rules to allow NFT enthusiasts to breed their Blox.

And if you want to breed rare shoes in RunBlox, there are several best practices to follow that will improve your chances of success.

But first thing’s first, what exactly is RunBlox?

RunBlox is a move-to-earn (M2e) web3 app built by Openblox. It is the first app to be launched in the Bloxverse and this was done by design.  Openblox created RunBlox to encourage people to move away from their screens and earn rewards online by interacting with the real world.

The focus of RunBlox is on creating experiences and rewarding Bloxers for things that’ll ultimately benefit them, like physical fitness and exercise.

It also incorporates NFTs in the form of NFT sneakers which are used to earn rewards when people walk, jog, or run outdoors.

What is the OpenBlox breeding mechanism?

The process is relatively straightforward.

Every Blox can breed with other Blox within the game on the basis of a gene mechanism. The resulting ‘offspring’ inherits a mix of their parents’ looks, skills, and attributes.

Each Blox can only breed up to six times in its whole lifetime.

RunBlox’s Twitter announcement on minting NFT shoes indicates that minting shoes in the space will follow many of the same rules as breeding other Blox.

To Mint a new Shoe👟, users needs to own two Shoes which will be called "Parent Shoes"

There will be a limited Mint times for each shoe#⃣
The new minted Shoe will have random attributes from the parent Shoes.

If players wish to ‘breed’ or ‘mint’ their shoes, they need to pay a fee which varies depending on which shoes have been selected for minting.

How does the genetics mechanism work?

There is a transparent OpenBlox genetics mechanism that can help players predict what their new Blox will looks like if they breed.

Every Blox has three genes, including the dominance, recessive, and minor gene. The dominance gene determines the new Blox’s appearance and class.

Once you understand this breeding mechanism, you can breed NFTs within the entire OpenBlox universe.

What are the different RunBlox shoes?

Players who wish to earn from the RunBlox app must have an NFT shoe that allows them to walk, jog, or run at a specific speed.

The speed at which the players are allowed to move to earn within Runblox is determined by the shoe’s class.

Here is a handy guide on the shoe’s class and the speed at which players can then move:

Shoes also come in five different rarity types. These include:

To get an idea of just how ‘rare’ some of these rarity types are, it would be helpful to take a look at the marketplace.

How does RunBlox breeding work?

Breeding (or minting) RunBlox shoes is straightforward. First, you need to make sure you own at least two NFT Runblox shoes that can still be minted. These two shoes will be your ‘parent shoes’.

Via the RunBlox app, you select the two shoes you wish to mint and you are then told what the Mint fee will be.

This Mint fee is paid in the native in-game currency, RUX. Players will also need to supplement the fee with OBX, which is the wider, OpenBlox currency.

The exact fees vary, but when YouTuber Jeff Hunter did his rare shoes minting walkthrough, he was asked to pay 800RUX and 16,000 OBX to mint a rare shoe.

This is equivalent to around $250.

Players are quoted their mint fee when they select the two shoes they wish to mint. If they have the funds available, they can proceed with the mint.

If they do not, they will need to ensure they buy the appropriate funds and deposit them using their connected / wallet.

In his YouTube shoe mint walkthrough, Jeff Hunter showed the financial benefits of minting new RunBlox shoes. He spent about $250 worth of crypto minting his rare NFT shoe.

He then checked how much the type of shoe he minted would sell for on the marketplace. It was worth around 100 AVAX, which at the time was around $1800. That’s a sevenfold return on his investment.

Breeding RunBlox NFT shoes is a great way to harness the potential of play-to-earn games and make a significant income in the process.

There are other reasons to try to breed rare RunBlox shoes. For example:

Rare RunBlox breeding: What are the best practices?

Breeding rare RunBlox shoes is a great way to get a quick return on your investment. But what are the best practices to follow?

Potential minters should keep in mind the following:

With this information in mind, it’s worth doing what Jeff Hunter did if you want to mint rare NFTs. That is, make sure you mint two rare NFT shoes together for the highest chance of success.

Also, do your research on the marketplace to find out whether the minting fee you’re being quoted will yield a substantial return even if you do not get the exact shoe you’re hoping for.

The downside is that your rare NFT will lose some of its value because it has lost one of its opportunities to be used for minting.

And you may not even recoup that value on the marketplace, because the price of a common shoe can be as low as about $100, while a rare shoe can cost you around $10,000.

Minting rare RunBlox NFTs requires a substantial upfront investment. But there is the potential for high rewards too, as long as you understand how minting works and what classes of shoes sell for.