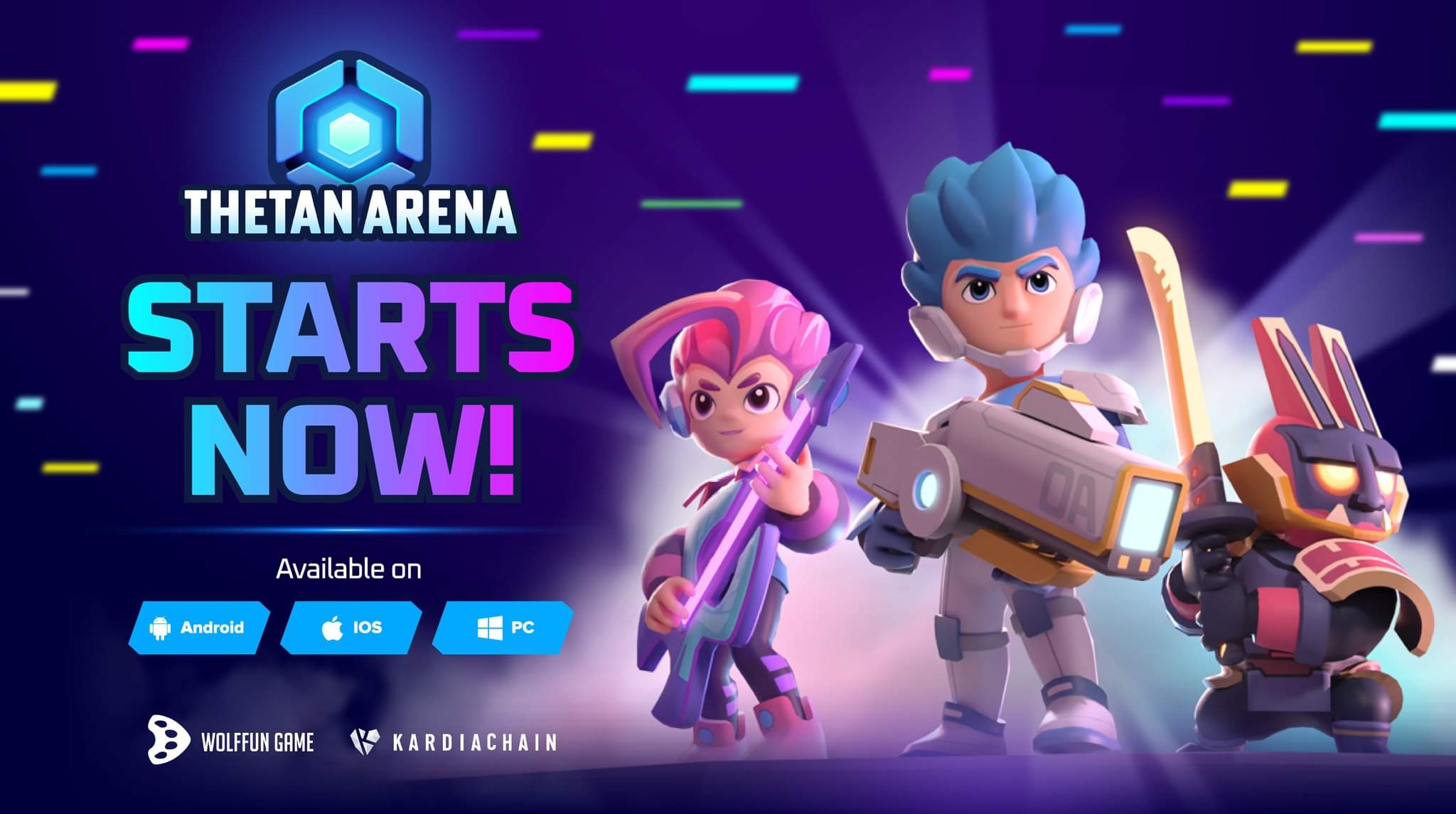 Want to earn money by playing online games with your friends? Thetan Arena can help you do that. Thetan Arena earnings can be lucrative, and the game itself is fun even without the financial rewards aspect.

The game is similar to many classic multiplayer online battles arenas (MOBAs). MOBAs are a favorite subgenre within the esports community, which has been lucrative since before play-to-earn games became popular.

MOBA games have a simple premise. Teams of players compete on online battlefields. Each player controls their own character and helps their team win. Classic MOBA games include Dota and League of Legends.

Thetan Arena is Web3’s answer to the beloved MOBA format. But what exactly is it? And how can you make money playing Thetan Arena?

What is Thetan Arena?

Thetan Arena is an NFT Play to Earn game with more than 20 million downloads on iOS and Android. The game is available for PC as well.

The in-game currency is Thetan Coin, which has an unlimited supply and can be accumulated through completing various quests or leveling up. The rewards can then be transferred to a crypto wallet.

How do you play Thetan Arena?

Thetan Arena doesn’t require an initial investment to start playing. You can play for free to start with, but you are unlikely to earn very much unless you make an investment.

Still, this free gameplay allows you to decide whether it’s a game you would enjoy playing before you make financial commitments.

When you start playing, you will be rewarded a free hero called Raidon to allow you to explore the gameplay available.

Raidon is an ‘assassin’ hero. There are two other types of heroes, including ‘tanks’ and ‘marksmen’. Each hero type comes with unique signature skills and statistics.

The combination of these signature skills and statistics can make for winning teams.

The gameplay is pretty straightforward and largely character and strategy-driven. The Battle Royale option allows you to play solo or with a friend, where you play to be the last one (or two) standing.

There are also several team options, including the classic tower destroy option, where you play in teams of 4 to destroy the enemy’s tower.

What are the best beginner heroes on Thetan Arena?

Once you get a feel for the game through the free version, you may wish to buy a premium hero via the marketplace. The amount you earn depends largely on the type of hero you choose to buy.

Picking the right beginner hero on Thetan Arena could set you up for success.

According to YouTuber ClassyCryptoGaming, Raidon or Breaker are solid choices for beginners.

Breaker is a ‘tank’ type of hero and works great for the Battle Royale game mode. Raidon is a great all-rounder and there is a reason why everyone gets a free Raidon when they join the game.

Either of these heroes would work well if you’re looking to make your first premium hero purchase and aren’t that experienced with the game yet.

What is the best way to earn from Thetan Arena?

There are several ways to earn money from Thetan Arena.

Players can use the free heroes to participate in battles and accumulate THC which can then be traded or used to purchase a premium hero. But this method takes time and usually does not yield significant rewards.

Players can also invest some cash into a premium hero. This grants access to special events yielding higher rewards and allows players to level up their heroes. The heroes can be traded on the marketplace or used to win games.

It is also possible to rent out premium heroes to other players. Various arrangements from set fees to a share in winnings allow premium hero owners to make money.

Finally, streaming is a great way to earn money. Thetan Arena allows players to support streamers by rewarding them with THC.

How much can you earn from Thetan Arena?

The amount you can earn from Thetan Arena depends on several factors. This includes what hero you’re playing with, how rare the hero is, what your win ratio is, and what the market looks like.

A deep dive into the game suggested that a significant pre-game investment of around $10,000 and a win rate of around 60% could have made a player $100 a day when the game was at its peak. The hero would also need to be of ‘legendary’ rarity. But currently, this is no longer possible due to market conditions.

It is still possible to earn from Thetan Arena, but players need to be aware that promises of making $100 a day come with strings attached. Many players simply do not have the significant investment required to get going in the first place, while others are starting at a time when the market is simply not doing as well.

Thetan Arena earnings: Is the game still worth it?

So is Thetan Arena still worth it? That depends. The wider crypto market is down. Crypto investments in general are not doing too well. And while this has had an effect on the P2E industry, many players are sticking around.

Thetan Arena might still be worth playing, especially if you’re a strong MOBA player. And let’s not forget that while earnings are down, so are hero prices. You could snap up some great heroes from the marketplace and develop your skills in time for the next bull market.