How to Play Star Atlas – A Beginner’s Guide 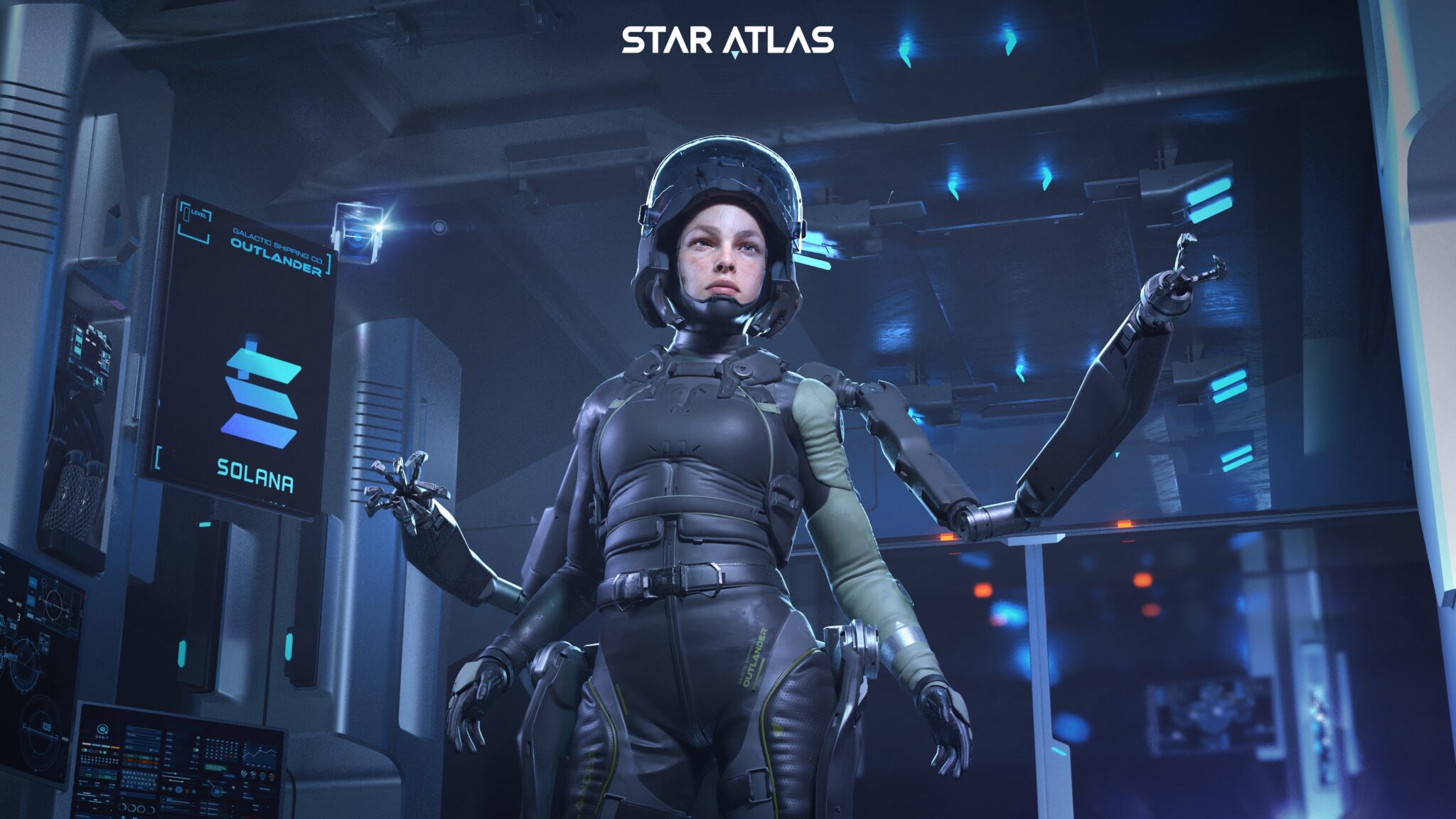 For how long have players been yearning for a title that allows them to conquer the space. To compete in a space race, completely powered by a decentralized metaverse, has been one of the bigger asks from players in the NFT gaming space. STAR Atlas, powered by Solana, using Unreal Engine 5 is set to be launched in the first quarter of 2022.

Star Atlas is a multi-verse, multi-dimensional title. The metaverse operates as an MMORPG, with hints of Grand Strategy, a bit of Exploration, and Space Flight Simulation. MMORPG games are Massive multiplayer online role-playing games, in case our readers are not acquainted with the term.

Coming from a metaverse existing in 2620, the human civilization is not the only living civilization in the realm. The MUD territory is under the control of humankind. The ONI region is governed by a consortium of an alien race, while the USTUR sector is controlled by the Android race. These three civilizations make up the power centers competing in the space race. The space race gives rise to political conflict between these power centers from time to time. Additionally, this political conflict also causes a territorial rift between the civilizations. The civilizations also find each other at odds when competing for the resources available for consumption in the metaverse.

How to Play Star Atlas?

It is important to note that it is impossible to enter foot in the Star Atlas metaverse without Solana. As well as a Phantom wallet to go alongside it. The metaverse opens itself up to a player when the player decides what faction he/she wants to play for. After this, the player can get their desired ship to start off with. These ships and almost ALL other crypto assets in the game are NFTs. (Yes, we understand that’s the repetitive theme around the entire NFT gaming base, but that’s GOOD.) All these NFTs, ships, tools, ammo, etc., will use the $ATLAS token for transactions. A more detailed account through which you can learn more about earning $ATLAS is available on this link.

Their gameplay starts in a faction-secured safe zone. These safe zones allow players to get comfortable with much of the player-based game mechanics of the metaverse. Excluding the more drastic mechanics relating to combat, rescue, etc.

Once the player leaves this safe zone, they will enter a mild-tier secure zone protected by faction mercenaries. Here, players will face combat simulations and mild difficulty combat problems. This will serve as a tier 2 training zone as the game readily understands the threat that open space poses to players. Weapons and ammunition will be restored when consumed in this zone.

Here, the game doesn’t protect the player’s assets, and so the stakes are higher. However, only a certain type of assets is permanently destroyed. For example, a ship getting destroyed would mean that some remnants of that ship could be salvageable. Having said that, some remnants may be lost forever, and it might be more difficult to find replacements for them.

From then on, the game evolves into a proper metaverse. Then, you can choose to test your mettle in the space exploration programs of your faction. Or you may fancy pursuing a career in one or more of the many professions available in the metaverse.

Crew members within a ship also have individual station roles such as:

The possibilities are literally, endless. Especially, with the idea that different professions can complement other professions determined by specific criteria.

Another big pillar of gameplay existing in the metaverse pertains to Decentralized Autonomous Corporations (DACs). This is the guild system that thrives inside the metaverse. It encourages the formation of sub-factions, groups, and cooperatives that allow players to reach mutual goals conductively. The advent of these DACs means that entire space cities are constructed. These micro-economies will be governed by the $POLIS token. This token will run its mint and burn mechanisms through taxes, fees, fines, and whatnot.

Star Atlas believes that many games in the market have deviated from the path of PURE decentralization. They hide the control and monitoring mechanisms behind decentralization to keep the economy afloat, something that Star Atlas does not feel so passionately about. It has a lot to do with the difference in values that Star Atlas has from that of the market. The value system of the Star Atlas development team is to encourage monetization. Particularly the monetization of the time spent in this virtual world. And to lay special emphasis on the ability of this monetization to relate the metaverse to the real world. Digital assets owned always belong to the holder, which can then be converted into fiat currency seamlessly. We believe this is the way forward for the gaming space.

The Importance of $POLIS

Star Atlas economics is especially important for Star Atlas politics. The $POLIS token does a lot more than record taxes, fees, fines, and whatnot inside sub-metaverses. The holders of this token enjoy a certain amount of respect and political influence in the metaverse. This means that these civilizations are often making strategic decisions based on their $POLIS health. Along with jurisdictional ownership, $POLIS token holders can also determine laws for some regions. This can then turn from influence on politics into direct influence on territorial routines. Therefore, DACs are an essential part of the Star Atlas ecosystem.

All in all, the prerequisites for playing Star Atlas are more or less similar to any other NFT game. You need starter NFTs to play the game and a wallet to connect to the network. Apart from that, all of the beginner information has been laid out in this article, so after reading everything above, you’ll definitely be good to go!