HSBC Is Bringing Sevens Rugby to The Sandbox 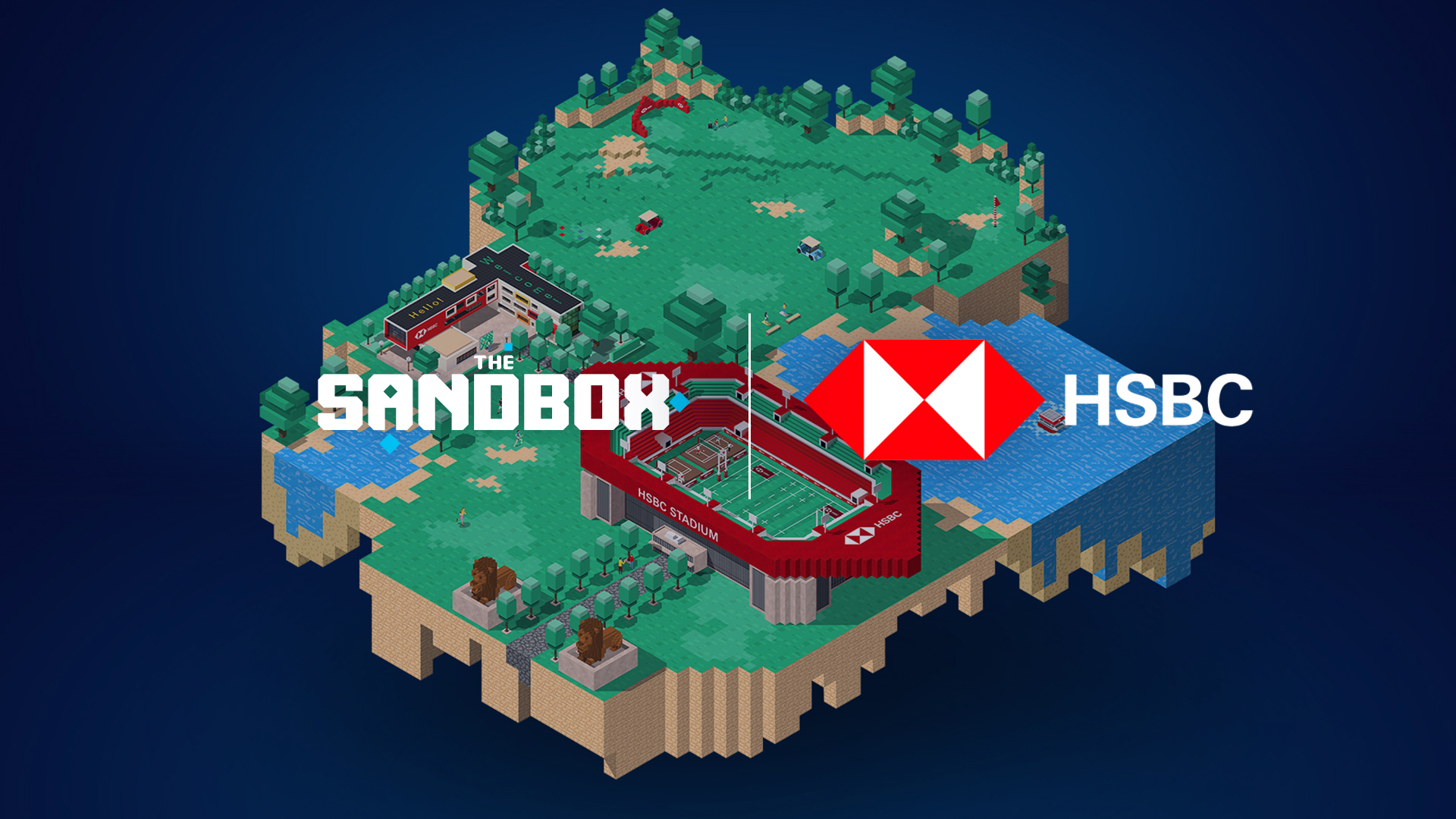 The HSBC has partnered with The Sandbox to bring seven-a-aside rugby to the metaverse. The bank, which is the official title sponsor of the World Rugby 7s series, will build a virtual stadium in the Sandbox to offer this sporting experience. The stadium is expected to be up and running by October 24th, just in time for the Hong Kong 7s.

🏉 @HSBC_Sport will be staging a virtual stadium in #TheSandbox from 24 October!

Don’t miss your chance to participate in action-packed challenges, engaging mini games and educational quizzes. 🎫 As well as your chance to win tickets to the Hong Kong #Rugby7s!#HK7s pic.twitter.com/iMt9ByccXq

How HSBC Intends to Bring Rugby into The Metaverse

HSBC bank will create a series of rugby-related experiences that will give fans a virtual introduction to the game and all its thrills. The goal is to provide a highly unique and immersive experience for 7s rugby over the coming weeks.

Also, the event on the Sandbox will be used to promote the upcoming HSBC Hong Kong 7s. The tournament is slated to take place between November 4th and 6th.

Folks who participate in the HSBC rugby experiences on the Sandbox will also be put into a draw for a chance to win tickets to the Hong Kong event.

HSBC is offering six immersive experiences as part of this program. All the experiences will be staged on the HSBC virtual stadium on the Sandbox. They will run from October 24th to November 14th.

HSBC Making Moves in The Metaverse

This latest rugby sevens experience by HSBC reflects a growing commitment by the bank to explore the metaverse. HSBC, in fact, became one of the few global multinational banks to enter the metaverse earlier in the year. The move was announced in March 2022.

The bank wanted to use its metaverse presence to pursue sports, eSports, and gaming. It seems, based on the latest developments, that, indeed, HSBC is actualizing this vision. Nonetheless, it was a bit surprising to see a bank enter the metaverse to create sports and esports experiences.

It would have made more sense to explore the idea of banking and financial services in a virtual world. After all, HSBC is one of the biggest banks in the world, with an asset pool of $3 trillion.

However, some other major banks see the opportunity to offer financial services in web3. For example, JP Morgan, the largest bank in the United States, became the first-ever global multinational bank to enter the metaverse in February this year.

The bank established a presence on Decentraland dubbed the Onyx Lounge. It intends to use the lounge to offer Ethereum-based financial services. Other banks that are already in the meta include Spanish giants Santander and BBVA, crypto-based bank Syngnum, and others.

Sports in The Sandbox: An Exciting Experience

The HSBC rugby experience on the Sandbox will undoubtedly be one of the major highlights over the coming weeks. But sport-based experiences on the platform are not new.

In the past few months, the Sandbox metaverse has explored a series of partnerships designed to make these experiences more accessible to its community. For instance, Socios.com, a crypto firm releasing fan tokens for various soccer clubs worldwide, is working to create unique sporting experiences on the Sandbox.

Socios has so far purchased 576 land plots in the Sandbox, where it plans to build virtual sports and entertainment neighborhoods.

These neighborhoods are being built in partnership with major soccer clubs, including Barcelona, PSG, and Juventus. Socios wants to give soccer fans an immersive way to interact with their favorite clubs.

Also, The Sandbox recently announced a partnership with Big Fan, a sports and eSports brand that wants to onboard sports fans to the metaverse and digital collectibles. All these deals highlight the growing applications of metaverse technology in sports, especially for fans.

How The Sporting Industry Is Embracing the Metaverse

The sporting industry has embraced web3 and the metaverse in a big way. And it’s not hard to see why. The metaverse offers new opportunities for fans around the world to consume sports in more exciting ways.

For instance, there are already plans to stream the 2022 World Cup in Qatar, or some aspect of it, into the metaverse. This will give fans worldwide a chance to witness this showpiece soccer event as if they are in the stadiums.

Also, in June this year, the Serie match between AC Milan and Fiorentina was broadcasted in the metaverse through Nemesis. This was the first ever mainstream football match in web3.

NFTs in Sports and Fan Ownership

Sporting franchises and brands are also exploring NFTs to sell their fans unique merchandise and limited-edition collectibles. In fact, sports NFTs represent the biggest move yet by the sporting world towards web3.

For instance, all major European soccer clubs have launched fan tokens. These NFTs are designed to give fans some ownership and benefits related to the soccer clubs they support.

The NBA has also embraced NFTs through NBA Top Shot. We have also seen similar moves by MotoGP, the NFL, the MLB, and other sporting entities around the world.

Sports NFTs have also become big business in recent months. According to research by consultancy firm Market Decipher, the NFTs contributed $1.4 billion to the $26 billion sports memorabilia industry in 2021.

Additionally, sports NFTs are expected to grow rapidly in the longer term, hitting $92 billion in market size by 2032. This will be a growth of nearly 65x in just ten years. Sports NFTs will also account for nearly 50% of the total global sports memorabilia market by 2032.

Therefore, there are many positive prospects in this industry, and platforms like the Sandbox will continue to work to make things happen.