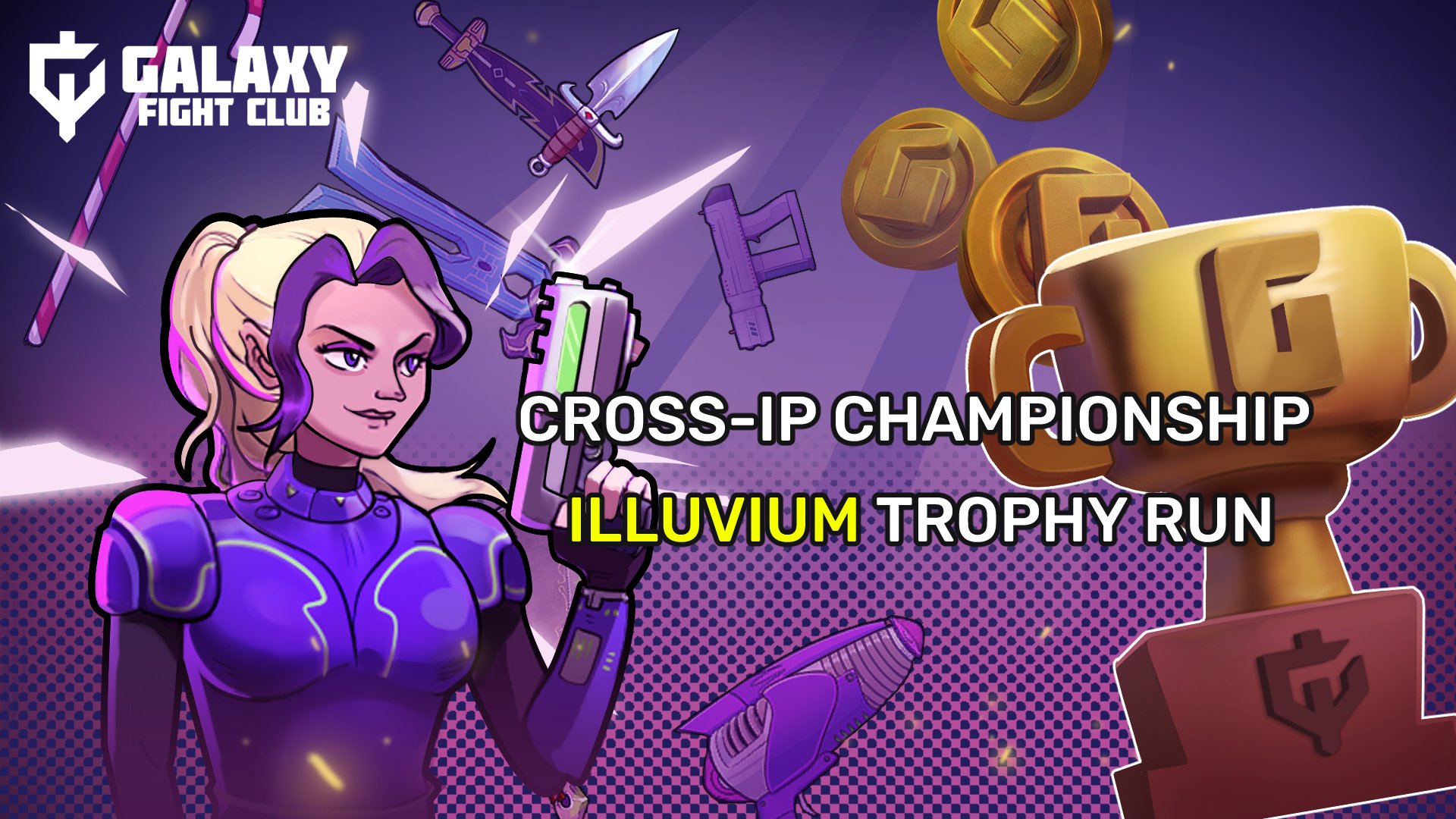 Players can join the tournament Trophy Run and earn trophies by winning. Competitors can expand their gameplay experience and prepare for the Qualifications Tournament, which is coming soon!

Illuvium is an upcoming open-world exploration, NFT creature collector, and auto battler game built on the Ethereum Blockchain. Play to earn in a graphically-rich sci-fi adventure and conquer the wilderness to help your crash-landed crew flourish.

Discover, hunt, and capture over 100+ Illuvials, deadly beasts who rule this alien world—each possessing hybrid synergies and unique abilities. Train and fuse your Illuvials into powerful evolutions to upgrade their power and value for you to build the perfect Illuvial team.

The Illuvium DAO is stocked with Triple A-rated game developers and teams responsible for fantastic games like Bioshock and Batman Arkham Knight. It’s an auto-battler game and offers decentralized NFTs.

Additionally, it is a 3D game, which enhances its appeal with captivating graphics and incredible visuals. Players uncover and capture monsters, or beasts, in the game known as Illuvial. Through the Ethereum chain, players will own them. Once players have caught the beasts, you can battle other players to acquire ETH.

How to Earn in Illuvium?

Galaxy Fight Club (GFC) is a cross-IP, cross-platform (PC + Mobile) PvP fighting game where holders of different NFT collections can battle to win and earn rewards through our play-to-earn mechanics.

Since we started building in August 2021, we have partnered with several projects. Battle it out with characters from official Galaxy Fight partners, including CyberKongz, Illuvium, BYOPills, and projects with CC0 rights such as Cryptoadz.

“Galaxy Fight Stars is a 3D hyper-casual fighting game comparable to Brawl Stars. Players can engage in melee or ranged attacks depending on their chosen weapon. The game’s movement system allows players to move up, down, left, and right and interact with various obstacles and objects dispersed throughout the map.” – Play To Earn

These main elements equally affect the outcome of combat, and while a rarer NFT may have a slight advantage over a less-rare avatar, a player’s skill can help even the playing field.

The Tournament will feature more than 25 NFT projects, three events, and over $250k “worth of NFTs & assets in prizes.”

Furthermore, there are no set times to play; play at will. The tournament results will be determined by Trophies and Experience earned. Players earn trophies by winning and lose them by losing! Consequently, competitors earn EXP points every match.

There are three prize categories for the Trophy Run and the best player among each community from different  GFC collaborating partners. The top 25 players in complete trophies run from all partner projects, including  CyberKongz, Vaynersports, and Pudgypenguins. The Tournament will also include a top-performing collection.

The Trophy Run form will stay open until October 9th to submit your in-game account information.

Illuvium and Galaxy Fight Club are hosting a massive gaming tournament at a time when the industry is seeking fun-led innovations rather than simply playing to earn led NFT games. It’s a good plan and offers the excitement of prizes without seemingly relying entirely on players seeking only to gain crypto from experience.