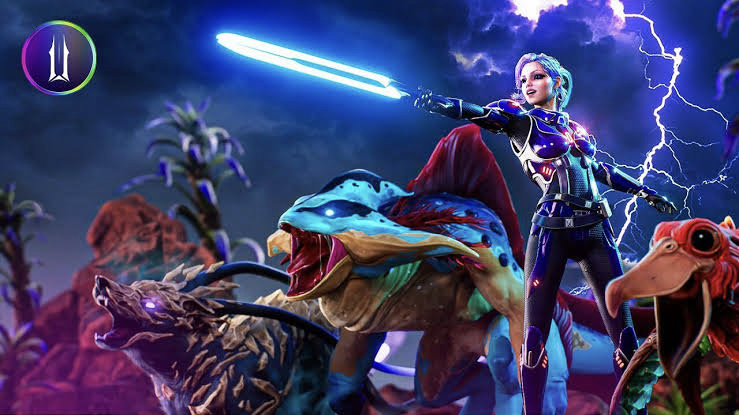 Popular role-playing NFT fantasy game, Illuvium has announced the release of its first Beta game. The upcoming Ethereum-based open-world metaverse rose to stardom last year with massive token adoption. Even though the game is yet to be released, meager footage released in September 2021 is more than promising.

Initially announced in January 2021, Illuvium is a decentralized world with excellent immersive 3D graphics. The game features an auto battler mode where players explore and capture Illuvial beasts of the metaverse.

The Illuvium Autobattler Private Beta 1 is the first phase of Illuvium’s private Beta testing. The Beta game features a single game mode of waves of ambushing Illuvial. The game’s private beta was initially scheduled for launch last year in Q4 2021. However, the game’s devs delayed the release to Q1 2022. The new announcement marks a huge landmark in the game’s development and development.

The private beta mode will feature a PvE mode, giving selected players a sneak peek of the game’s Autobattler Survival Mode. There, players will fight a continuous wave of enemy Illuvial beasts. The tide is constant, and therefore players cannot survive the waves. However, players can hold on as much as possible. It’s not a matter of surviving; it’s a matter of holding on to life. The private Beta mode also has a Tutorial page where players can learn about the Survival Mode.

Meanwhile, the private Beta mode resets every day, and the order of spawn of the beasts also changes.

How to participate in the AutoBattler Beta Release

After completing the registration, interested players must also fill out an application form for the test. Users can check their application status via their account dashboard. Selected participants also are notified via invitation mail.

After the application is approved, selected users can download the game’s client via the private bet page. The client is only available for PC Windows and macOS devices only. However, the PC specifications are essential as they are part of the selection criteria. Therefore, players need high-end gaming devices with higher specs.

Players can follow the installation and usage guide on the download page. Once players install the client, they can log in with their Illuvium account. The test will run indefinitely with an unknown number of participants. However, participants will be selected based on Illuvium’s needs.

However, selected participants cannot record, stream, screen share, or screenshot any part of the game while using the beta data to protect the game’s integrity as it is still in development. Therefore, players will sign a confidentiality agreement. Violation of the contract can lead to legal issues and blacklisting from future tests.

The early success and popularity can easily translate into massive pre-launch adoption, especially with the ILV token. The game is considered the first AAA P2E game and a landmark in the blockchain gaming world.

2022 will be a massive year for the game, especially with tons of exciting roadmap activities, especially game releases on the way. The Private Launch initially speculated for release in Q4 2021 will now arrive in Q1 2022. The Public Beta Launch will also follow speculatively in mid-Q1 2022. The Illuvium land sale, Illuvium: Zero, and mobile devices release are also very much anticipated in 2022.