Illuvium is one of the top-rated projects on the Ethereum blockchain technology. It is described as an open-world, NFT creature collector and auto battler game. Players can discover, hunt and capture over 100 Illuvials – Illuvium’s NFT creatures. Enter into an immersive role-playing game and learn everything there is to know about it. So without further ado, let’s begin our overview of Illuvium gameplay, that’s been much hyped.

Illuvium is an open-world, fully decentralized RPG and collectible game built on the Immutablex L2 Network of Ethereum. This project stands out by providing a cinematic graphics experience while emphasizing strongly on gameplay engineering.

Built from the group up to support the long-term sustainability of the project and provide players with an AAA-rated blockchain gaming experience. The gameplay of Alluvium is an automated battle in the Battle Arena Mode, where the winner is rewarded with money. On the other hand, there is an Adventure Mode where players can level up their character’s skills and prepare them better for the battles. All characters in Illuvium are NFT assets, which means they are non-exchangeable.

DeFi, or decentralized financing, has recently exploded due to the introduction of blockchain-based games. Similar to most DeFi-based projects, Illuvium aims to create a fully decentralized game that can run autonomously. A decentralized gaming economy provides the best fusion between crypto/DAO enthusiasts and gamers looking for open access without the interruptions from corporate giants.

The game itself in Illuvium is user-controlled, integrated with a hyper-scalable solution – thanks to the Immutable X technology.

The introduction of Immutable X tackles this problem specifically. It allows users to trade their NFTs without paying ‘gas fees’, the transaction fees on blockchains, using what is known as the Zero-Knowledge (ZK) Rollup. Apart from cost-saving benefits, there are many other advantages of Immutable X, such as instant transactions, high-level security and so on.

The gameplay starts with players taking on the role of a survivor of a transport vessel in an intergalactic space fleet. Upon receiving your final call to duty, the players discover a ruined planet and a cradle of your race’s civilization.

The first launch, a private beta release, will solely focus on the survival mode of the game. Survival mode is essentially a PvE auto battler in which rangers resist the onslaught of increasingly complex Illuvial waves. It is stated that total victory is almost impossible and the only thing that matters is how long you will survive.

The main objective of the overall game is to assemble a perfect team and long-term strategy. You will need a competitive edge to outsmart the opponents and claim a spot on the victor’s leaderboard. You are enabled to customize your character’s appearance and buy a drone that will accompany you on adventures, 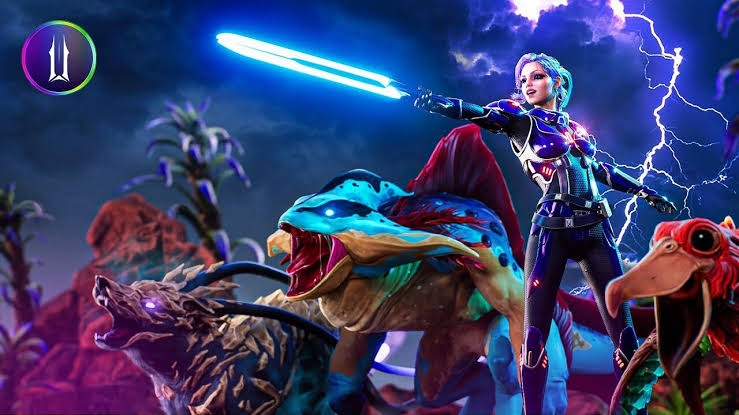 In technical terms, they are simply Illuvium’s NFT creatures. In gameplay terms, they are described as beasts that mutate and unleash deadly attacks. Some Illuvials will be easy to find and catch, whereas others are incredibly rare. As mentioned above, there are more than 100 Illuvials to find and collect throughout the world. Each one of them possesses a set of unique abilities.

What’s interesting about Illuvials is their mutating capabilities. They form symbiotic relationships with one another based on similar attributes called Synergies. Upon working together, Illuvials form a much stronger team in the Battle Arena. So do make sure to collect synergising pairs to maximize your probability of winning a battle.

In order to get going in Illuvium, you need to begin by customizing your character. Once that’s good, you need to select your assistant drone, also known as the Polymorphic Subordinate Drone. You and your sidekick are now ready to explore the various regions of the world and the hidden truths that shattered it.

En route your adventures, you will come across Illuvials, the ungodly beasts that you can fight with. If you defeat them, you can use a Shard to capture them up so they are permanently yours. For those of you just starting out, be aware that Shards have varying degrees of power. Lower levelled Shards are less likely to win against power Illuvials.

Any overview of a game that takes on a play-to-earn model is incomplete without highlighting its possible ways of earning.

How to Earn from Illuvium Gameplay

The main and most obvious way of earning is by selling or trading your Illuvial NFTs. By exploring the shattered world, and hopefully catching some deadly Illuvials, you can begin your quest of increasing your bank account worth. Players can sell their Illuvials on the IlluviumDEX Marketplace. Certainly the rarer the Illuvial, the higher its market value will be.

Another way to earn is by fighting your Illuvials in the Battle Arena. The winner gets ILV for winning battles against players. In addition, there will be a betting system in place, where the winner takes all the money.

Thirdly, players can also collect Gems while exploring the world. These Gems are sellable on the IlluviumDEX marketplace alongside Illuvials.

Lastly, Illuvium has a release plan for its staking platform. Players can stake their ILV token where they can earn up to 330% per annum in return.

Illuvium is certainly a very promising project with an open-world approach. This ensures that the future development of the project takes place in a decentralized manner, where the input from its active community members is of high importance.

The project offers something for every kind of stakeholder, from crypto investors to RPG enthusiasts. The team behind Illuvium is not compromising on the graphics or the gameplay. We certainly expect Illuvium to claim its spot as one of the biggest crypto projects out there. Hopefully, this guide on Illuvium gameplay was helpful to you! Also, head on to our website for more NFT-related news!