How to Earn Crypto Playing Games!

Can I Invest In Gods Unchained? 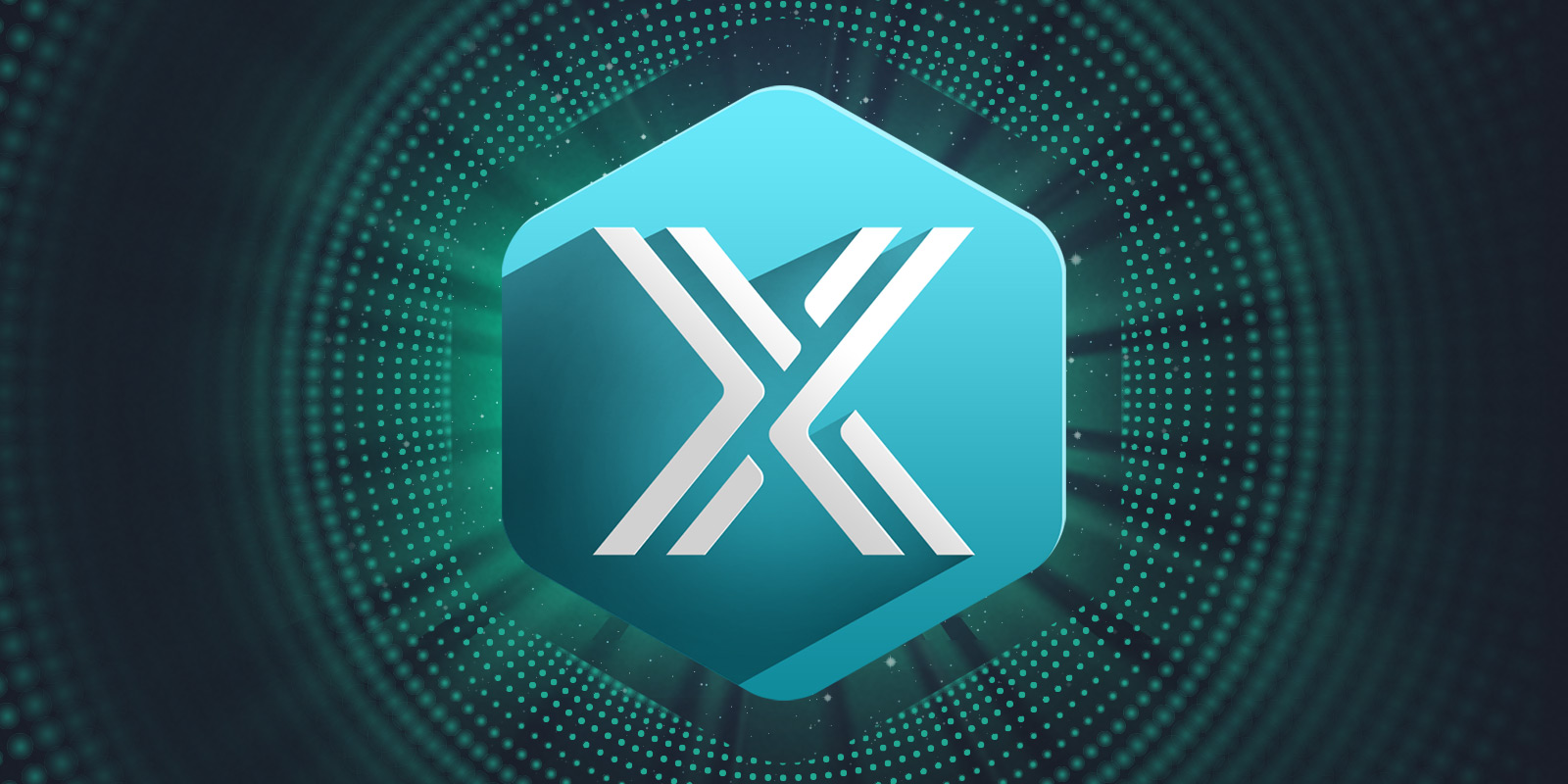 According to a report from Immutable X’s co-founder, Robert Ferguson, Immutable X now has enforceable protocol-wide royalties on Ethereum. Using royalties, the leading web3 scaling solution for Ethereum-based NFTs, will improve the value of creators on its platform. This way, it can ensure that all NFT creators get due royalties for their works.

Also, Immutable X is planning on creating an industry-wide impression about royalty payouts. While this is geared towards giving back to NFT creators, it is also in response to the recent activities of numerous NFT marketplaces. Notably, many marketplaces made royalty payments optional, while others considered scrapping them off totally.

Consequently, Immutable X has expressed concern, adding that the “guaranteed royalties are non-negotiable for this industry to be mainstream appealing.” The issue of royalties is considerably delicate as NFTs are regarded as sources of income – at least by creators. As such, the platform is taking a community-controlled approach to get the job done.

Today, @immutable has enforceable protocol-wide royalties on our L2.

Announcing "Immutable Royalties": extending this option to ANYONE on Ethereum. 🫡 🅧

Guaranteed royalties are *non-negotiable* for this industry to become mainstream appealing.https://t.co/WKmk04DRQl

Immutable Royalties is the latest development from the leading web3 platform, Immutable. The development was initiated with plans to improve the experiences and confidence of creators in the NFT space. With the royalty design space, creators will be able to work closely with community members and marketplaces.

Announcing Immutable Royalties, Robert explained that creators had earned a total of $1.8 billion in royalties. However, if there is no option to guarantee the earnings, creators might not be able to afford web3 techniques. Consequently, they might “revert to misaligned monetization.”

“Our vision is an ecosystem where creators have a choice over their royalty model and level of enforceability, and users can vote with their feet when it comes to the projects they feel strike the best balance,” commented Alex Connolly, Co-Founder & CTO of Immutable. “Soft-enforced royalties only serve to punish users who are trying to support projects and massively reduce the confidence creators and game studios can have in their revenue streams. Royalties, structured correctly, provide significant long-term incentive alignment.”

Immutable is expanding enforceable royalties to ETH to protect $1.8b of creator royalties

This is a major step in establishing industry-wide standards around enforceable royalty payouts. If you are building and creating in web3, you should be rewarded 🧵https://t.co/bFRUh6Pg4p

According to Robert Ferguson, “secondary market monetization is a better business model.” While it is better, Robert said that Immutable “prevents games from even taking that leap if there is no guarantee.” By implication, the system of royalties from Immutable is guaranteed.

Another important reason is that, unless there are consistent economic standards, marketplaces cannot monetize successfully. This means that a functional royalty system will contribute to a marketplace’s economy. Users love supporting, and that is one thing even marketplaces can benefit from.

Additionally, Robert believes that members of the community should be allowed to vote on fair royalties. However, in the event of this, they are expected to use their wallets to vote. By doing so, creators and gaming studios can be more confident with regard to their revenue streams.

How Will Immutable Royalties Work?

The concept of Immutable Royalties is based on giving power to the community and creators. It will work with a community-controlled blacklist and whitelist mechanism. This way, NFT creators can determine which smart contracts can handle their collections, ensuring that they respect royalties.

Whitelists give creators control over their collections, allowing them to choose their desired smart contracts. On the other hand, blacklists save more automatic composability, at the expense of less enforceability unlike whitelists. In simple terms, whitelists denote higher protection, and blacklists denote lesser protection.

Combining both designs allows creators to choose how protected their NFTs will be. Also, they will be able to decide how enforced their royalty policies have to be. Robert Ferguson believes that, with this, creators and users can thrive well in the NFT space.

“NFT creators will be able to use these lists to control the smart contracts which can transfer or receive NFTs from their collection, ensuring that users will only be able to trade through royalty-respecting contracts. To ensure that these lists are not a centralizing factor, the lists will be governed by $IMX token holders.” – Immutable

Immutable is equally concerned about ways to avoid the slightest occurrence of decentralized control. In view of that, the platform studied the likes of EIP-2981, an existing NFT royalty standard. For marketplaces, EIP-2981 proved to be a functional decentralized mechanism to source the expected royalties.

However, it had no exact mechanism for enforcing royalty policies, leaving marketplaces to decide what to do with NFT royalty payouts. In response to that, Immutable has rolled out the new development on Immutable X, allowing users to vote and creators to decide. In due time, the platform will extend the same procedures to Ethereum.

Alex Connolly is one of the three founding members of Immutable. Aside from being a co-founder, he is currently the platform’s chief technology officer (CTO). He was in attendance at the just-concluded NFT.London event, where Blockworks caught up with him.

In the interview with Blockworks, Alex explained that most games find it difficult to enforce royalties. This is majorly because they want to remain at competitive spots in the industry. However, Alex said that Immutable has a “novel design for how to do it with the same degree of enforceability on a public chain.”

While speaking on NFT marketplaces that made royalty payments optional, Alex stated that most marketplaces encounter the same problem. According to him, “the problem with marketplaces at the moment is that the only option that exists on public blockchains is not enforceable.”

He further explained that last year, almost $2 billion was paid out to creators in royalties. From a creator’s point of view, streaming is a lucrative source of income. Hence, the idea of bringing royalties down to zero is practically flawed.

Immutable X is a leading web3 platform designed to solve scaling problems for Ethereum-based NFTs. It operates on a fully functional infrastructure, supporting about 9,000 transactions per second. Additionally, the Layer-2 platform allows users to mint and trade their NFTs at low gas fees.

As it is, the new tool from Immutable will pave a new system of operations for marketplaces. Rather than being burdened by enforcement problems, they can pass the decision-making baton to the creators. Also, users will be able to vote on various projects; thereby connecting better with creators. 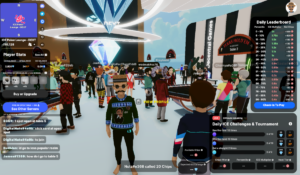 How to Earn Crypto Playing Games! 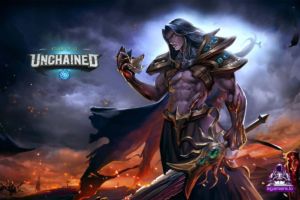 Can I Invest In Gods Unchained? 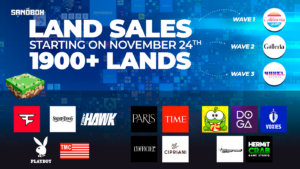 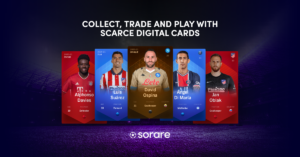