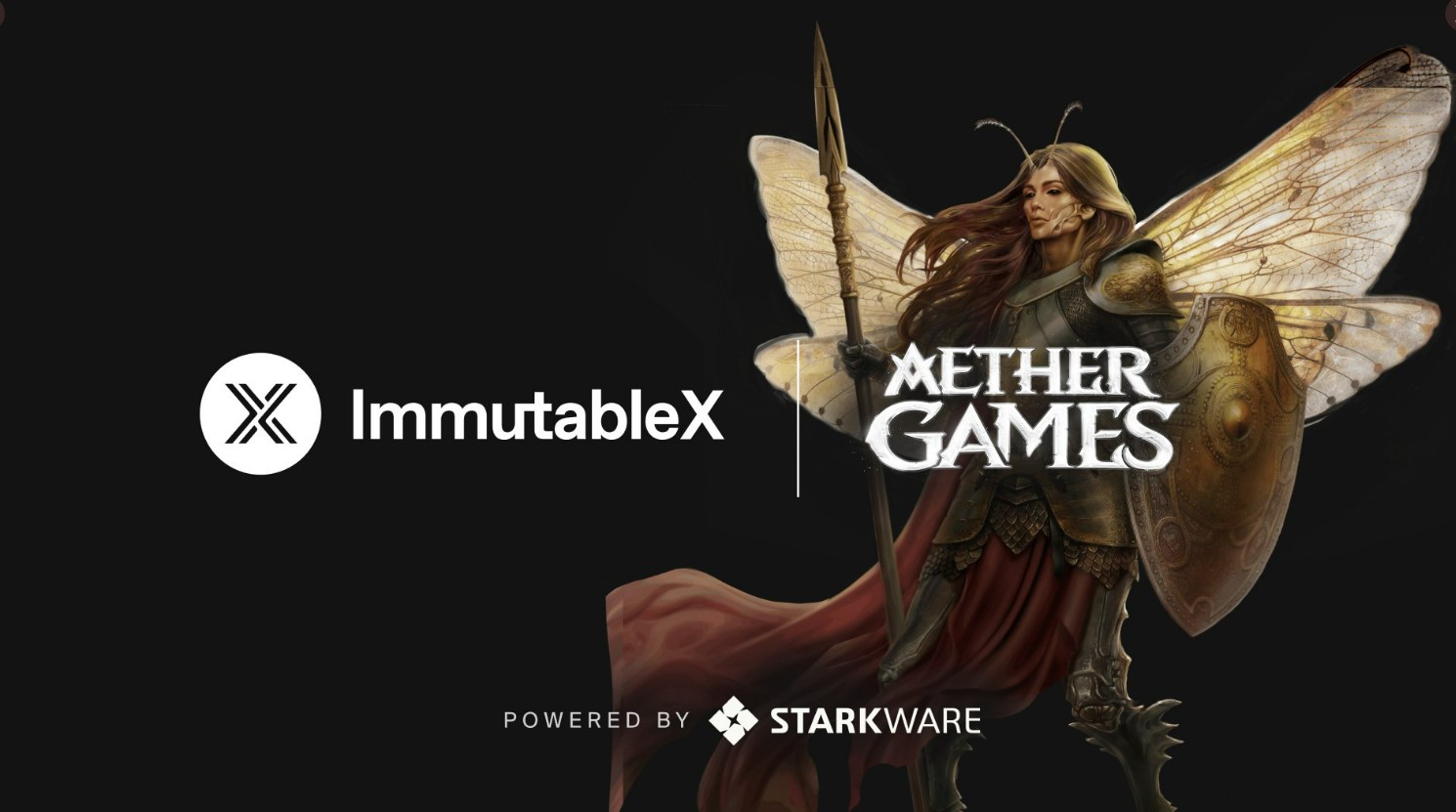 Immutable X has just announced a brand new partnership with Aether Games. Aether Games is a game studio that has developed high-end gaming titles, including Card of Ethernity which will be the first title available on Immutable.

A tweet released by the company said: “Get ready to collect, explore, conquer!

Get ready to collect, explore, conquer!

We’ll be bringing @AetherGamesInc Cards of Ethernity onto @Immutable X

Aether Games’ main vision is to build artistically excellent blockchain games. Their focus is on the gaming experience and long-term expansion strategies. The studio focuses primarily on immersive games and infrastructure within the NFT GameFi space.

Aether Games: What is Cards of Ethernity?

Aether Games’ Cards of Ethernity is a card-based play-to-earn (P2E) NFT game that involves strategic thinking to win battles and win rewards. The goal is to win each battle by collecting and crafting the perfect team.

Players can compete against real players or the computer in various game modes. There will be one-on-one combat available where players can use various spells and creatures to win against their opponents.

Creatures will need to be summoned onto the battlefield so they can participate in battles.

The game is intended to be quick and accessible while also offering strategy and complexity to challenge more experienced players. With more than 150 collectible cards on offer currently, players have a wide choice of combinations when it comes to battles.

And a teaser video released by Aether Games sheds some light on what Cards of Ethernity is all about.

The Cards of Ethernity Game  Launcher is available here. The game is still in Beta but keen gamers can give it a go now and become one of the ‘early adopters’ as a result.

Cards of Ethernity: The lore behind the game

Cards of Ethernity comes with a fascinating backstory to explore. Fans of games with carefully crafted lore will particularly enjoy this treat of a game.

The game is based on the premise of a world created by three Gods that pulled together pieces of themselves to create the universe. These three key pieces are matter, space, and time.

The gods fall in love with their creation and wish to explore one particular planet. But to do so, they must take separate forms.

The first god, Melkree, is the ruler of the matter who takes the shape of a Troll and forges a deep connection with the earth. The second god, the ruler of space, manifests as a dragon who is able to travel long distances quickly. And the third god Vargad rules time and presents as Demon who rules over all that lurks in the shadows.

They join their creations and interact with the various creatures found within the game. The creatures include:

After the gods grow disgruntled with the endless fighting, they accidentally create the final creatures, the Elementals, during a fit of rage. The Elementals are spirits of the elements and do not have a corporal form, rather they shape-shift into whatever form they want.

Immutable X is quickly becoming a household name in the blockchain gaming world with several exciting projects onboarded in the last few weeks.

It wasn’t so long ago that the company welcomed Kiraverse to its ranks. And like Kiraverse, this new project also focuses on aesthetically pleasing gameplay.

Also, the company seems to be doubling down on collectible card games, with Gods Unchained and more recently Cross The Ages joining its ranks.

And let’s not forget its collaboration with Rarible, the multi-chain NFT marketplace designed to appeal to the mainstream player.

Immutable is making clever partnerships far and wide in an effort to attract the best of the best in blockchain gaming; and hopefully, appeal to mainstream gamers in the process.

With partnerships like these in recent weeks, Immutable is quickly establishing itself as a household name in Web3 gaming and with good reason.