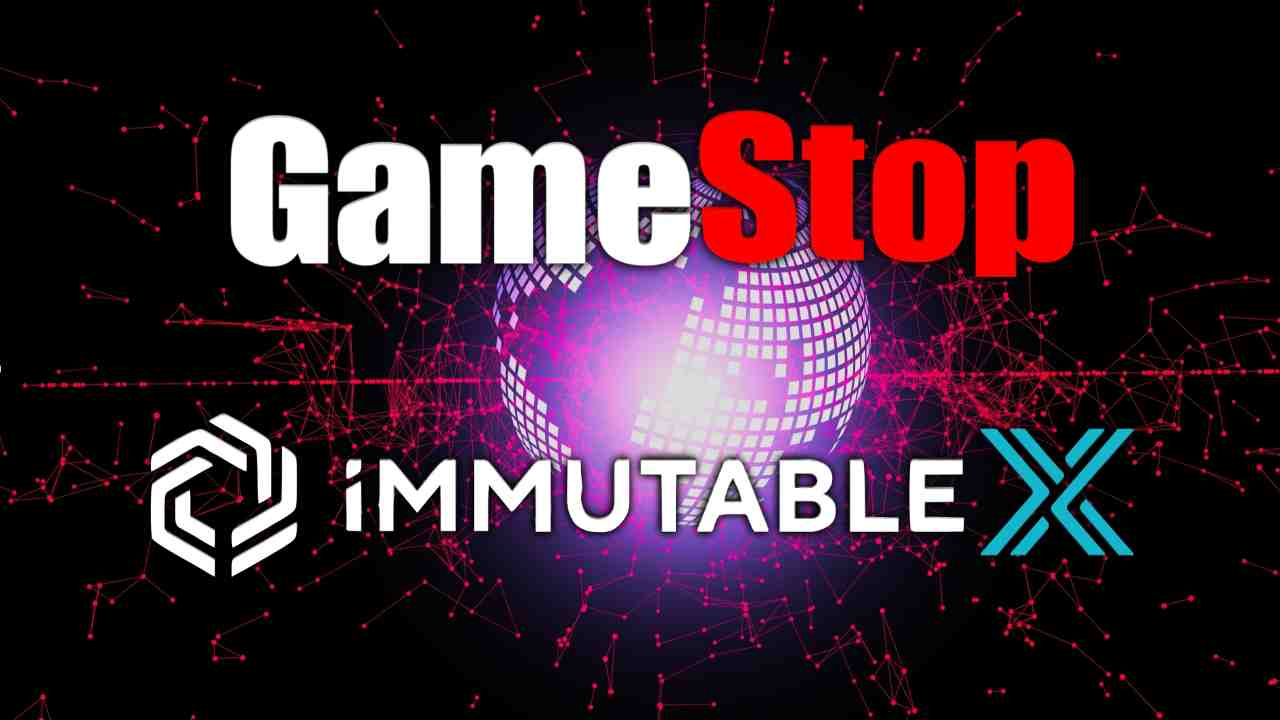 Popular P2E platform Immutable X reaches another milestone. The milestone is as regards the GameStop NFT. Immutable X launched the GameStop Marketplace last week and traded over $5,000,000 in volume on #onIMX.

The marketplace powered by StarkWare seeks to bring about the next generation of web3 games on #onIMX. The marketplace entails the interactive NFT items of popular Immutable X games, including Gods Unchained, Illuvium, and Guild of Guardians.

The interactive NFT items comprise tokenized, exchangeable goods like digital trading cards and customizable land plots, among others. The achievement proclaimed via Immutable’s Twitter page proves that another generation of web3 games is imminent and here to stay.

Powering the next generation of web3 games

Within the first week of our launch with @GameStopNFT Marketplace, we've reached $5,000,000+ volume traded #onIMX pic.twitter.com/sOMMF0e588

In July, GameStop debuted its long-awaited NFT store, initially only including digital collectables and art. Many in the Web3 industry wondered when the company would integrate NFTs from interactive games. The reason being it hinted at its broader emphasis and previously disclosed aspirations for the market.

Immutable X announced its partnership with GameStop in February. The partnership brought about a $100 million token incentive fund for web3 game developers announced by the firms. This was in addition to a $500 million fund, including investments and grants for NFT and game producers.

Ethereum, the leading decentralized app platform, powers Immutable X. Transactions on Ethereum’s mainnet sometime require hefty gas fees and can be slow depending on the network traffic. By shifting transactions to a second-layer blockchain, Immutable X makes for a faster and less expensive game and NFT interactions.

According to GameStop, the marketplace passed beta testing last week, and traders can now enjoy several incentives from the platform.

The marketplace pays customers for staking (or locking up) tokens. This is in addition to returning 1% of their daily trade volume in Immutable’s IMX token. Also, the market fee is now 0.2%, reduced for an unspecified period.

Prior to its launch with Immutable, GameStop received roughly $29 million in total volume from close to 24,000 traders. Comparatively, the leading NFT marketplace, OpenSea, generated around $309 million in trading volume in October.

The cryptocurrency sector has a significant, unfavorable impact on the environment. It compares to that of the nation of Greece. The CO2 emissions from Bitcoin mining have increased by 126 times since 2016, from 0.9 tons to 113 in 2021.

The fact that Gamestop and Immutable worry about their carbon footprints is a step on the right track. With crypto gaining more usage and adaptation across businesses, the mining power and overall climate change contributions will increase. Numerous carbon credit tokens gained popularity recently, with KlimaDAO and MCO2 Token making the most headlines.

Gamers who join the GameStop Powerup Pro program will get access to extra features. This includes an order book allowing them to play games on the Immutable X network.

Additionally, it is noteworthy that GameStop and Immutable X give players real power. The site’s users will distribute 1% of the trading volume daily in IMX tokens and other rewards for staking cryptocurrencies. This will be done through the platform.

Another reason why web3 is a vital development for technology and entertainment is this most recent update. The web3 metaverse benefits significantly from this platform, despite not being the largest in terms of the trading volume. GameStop bridges the gap for many consumers who might have yet to explore the possibilities of blockchain gaming.

A significant decline is evident in GameStop’s conventional games and accessory retail business. The fall started at the beginning of the year. This led the company to look into alternative sources of income. In a move viewed as mutually beneficial, Gamestop originally introduced the gaming NFT marketplace in July.

For the first quarter of 2022, the corporation reported a $160 million loss. In June, the firm claimed that web3 would be essential to its future. Thus, it shifted focus to new opportunities in the gaming industry.

On the other hand, Immutable needed GameStop’s connections to the mainstream gaming business to attempt and increase its user base. Despite being one of the top dApps networks, the Layer 2 Ethereum scaling solution faces competition from Polygon and Arbitrum.

Robbie Ferguson, the co-founder of ImmutableX, commented on his company’s collaboration with GameStop. He said Immutable’s partnership with GameStop is a crucial advance towards Immutable bringing the next billion players to web3 gaming. With the GameStop NFT Marketplace’s launch in place, gamers can now access millions more NFTs.

After GameStop announced a partnership with FTX in September, their list of web3 partners expanded further. The partnership was to assist in bringing more people online in web3. In an effort to develop its gaming NFT marketplace, the company’s NFT marketplace additionally partnered with Loopring in March.

What this spells for Immutable X

Since the marketplace launch, Robbie Ferguson stressed how busy things have gotten for the company. He said more games had been added in the past quarter than in the company’s history. Nearly half of the games originate from migrating competitors.

Immutable X is the company’s NFT platform and layer-2 scaling solution for the Ethereum blockchain. Several games, like Delysium and Ember Sword, were first built for the layer-2 blockchain Polygon. After the Terra ecosystem collapsed in May, several games, including Deviants’ Factions and Undead Blocks, migrated from it..

Immutable onboarded roughly 50 titles in Q3 and is currently developing more than 1,000 games in a “testing environment.” However, these are the ones they actively pursued

Ferguson further stated how the interest of the Immutable community increased since its GameStop partnership. He said over 100,000 people signed up for a GoG waitlist in two days. This shows that Immutable has the unwavering support of its community due to the partnership.

Web3 gaming appears less influenced by the dismal cryptocurrency markets, as other crypto sectors suffer fewer investments. Web3 gaming received about $10 billion over the past 18 months. This makes it one of the categories with the highest investment.

Additionally, two AAA studios with enterprise values ranging from $2 billion to $10 billion are actively developing on Immutable. Ferguson asserts that the studios’ survival is dependent upon the adaptability of the web3 gaming sector.

Despite the bear market, the web3 gaming industry still brings in users. Ferguson contributes Gods Unchained’s success to more players and the decor-related Ethereum price. He speculates it’s why there’s been more interest over the past year from Web 2.0 studios than the previous decline.

True digital ownership in blockchain gaming can be represented through NFTs, which users can own and hold through games. As it stands, traditional gamers spend tons on new avatars, skins, and game enhancements. But even though they’re paid for, they don’t own them.