Immutable X Speaks on the Rise of Web3 Gaming, Says It Is Leading the Charge 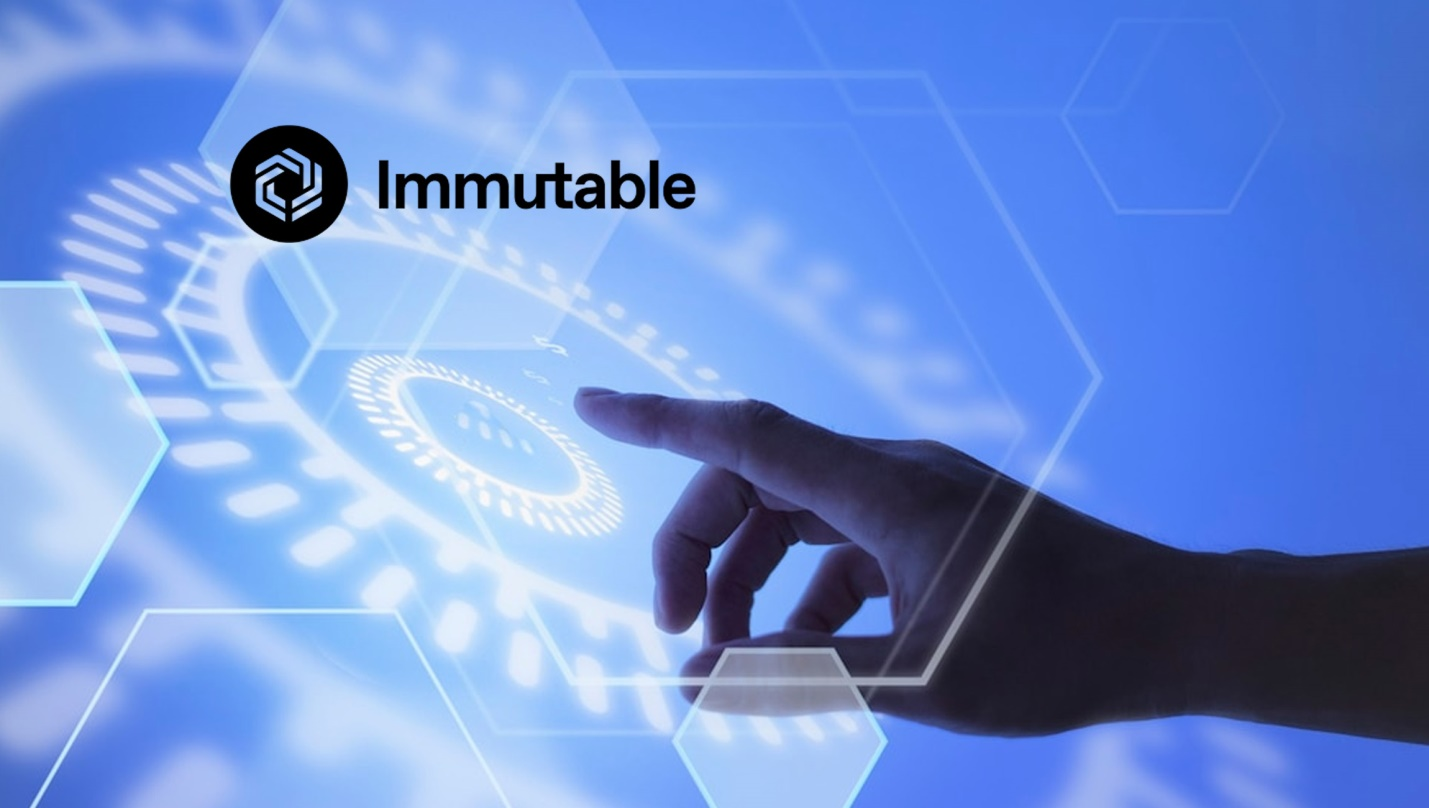 Immutable X made some excellent points on the future of Web3 gaming in a string of tweets. The web3 platform via Twitter hinted at the future of the Metaverse and how Immutable X will play a significant role.

Statistically, the web3 Metaverse received around $6.9 billion in the previous year. During which, a substantial $1 billion came during the last two months. This further buttresses the claim that the meta world is not facing a decline anytime soon.

In 2022 alone, the F2P gaming platform will have an estimated market value of $100 billion. However, players have yet to receive a cent. The web3 Metaverse will resolve this issue by unlocking the economy. By doing so, players will capture and own their values on an exponential scale.

$6.9 billion has entered web3 gaming in the last year. Nearly $1 billion of that has come in the last two months alone.

Despite the current market conditions, we know that web3 gaming is where we will onboard the next billion users 🧵 pic.twitter.com/4oytaIbn5v

ImmutableX: Leaders in the Metaverse

Sequel to the highlighted roadblock above, Immutable X perceived the possibility of such from the onset. This has given them the edge towards creating solutions. While the world sought to catch on, Immutable X has come forth with a proposed solution. Immutable X brought forth a radical mission to empower players and spread digital ownership to curb the barrier in the Metaverse.

This grants them a head start in the web3 gaming space, and they’ve conquered some records while ahead. Immutable X boasts more gaming partners and market share than any other platform. In the last quarter alone, they have secured over 40 partnership deals; certainly, there’s more on the way. These achievements show that top-tier web3 platforms are willing to collaborate with Immutable X. Also, the ongoing expansion of the IMX ecosystem will bring about flagship games which redefine the gaming market’s narrative.

The gaming sector is no longer upcoming but well-pronounced in the world economy. Among multiple gaming platforms, Web3 is the fastest-growing category. This is why Web3 is yet to decline despite the crypto winter because builders keep building. Investors understand this, and the world is realizing that Web3 gaming can’t be stopped. Therefore, join Immutable X as leaders and share in its vision to spurn an evolution in the Meta world.

The evolution of the internet brought about Web3. Web3 brought forth play-to-earn gaming and Bitcoin (cryptocurrency); the duo were absent in Web2. Web2 was a version of the internet without smart contracts, blockchain technology and all cryptocurrency-related features. Decentralization and token-based transactions are key ideas when considering Web3.

Gavin Wood, a co-founder of Ethereum, first used the decentralized term “Web3” in 2014. This was when he was considering a method for dealing with cryptocurrencies. Wood claimed that the internet demanded too much confidence and relied on little private enterprises to handle sensitive data responsibly. Web3 is managed by its creators and users, with equal access rights everywhere. Web3 is independent of banks and payment processors thanks to native payments and cryptocurrencies.

Although Web3 looks to be the internet’s future, we wouldn’t want to keep a closed mind towards another evolution. Even though we aren’t making any predictions about Web4, it’s possible that Web4 will combine components of Web3. It will probably possess a larger web of intelligent connections and AI features. Currently, Web3 makes use of blockchain, cryptocurrencies, and NFTs for its users to be able to own property.

Immutable X is a layer-2 digital platform created to provide NFTs on the Ethereum network with more scaling options. The technology offers quick transaction confirmation and low gas prices, supporting around 9,000 transactions per second. On the site, users can mint and trade their NFTs while paying almost no gas fees. The platform also makes use of the $IMX token.

Immutable X’s native token, IMX, can be used to satisfy all transaction fees. The cryptocurrency also serves to reward platform users. Users can earn IMX tokens by taking part in various Immutable X activities, including NFT trading and project creation. The IMX token also functions as a governance token that enables users to participate in decision-making procedures, including voting on various issues.

For the future, Immutable X has a big vision. About 150,000 trades can now be supported daily on Ethereum’s network at a 30% use rate. Immutable X will use less than 30% of the network’s bandwidth to facilitate more than 200 million daily trades.

DURING AN INTERVIEW, Immutable X’s co-founder disclosed how he came up with the Immutable X project. His discovery of Web3 and the great possibility it offered came from there. He said before associating with Ethereum, he worked as a startup software engineer and thought this would be finance’s future.

He developed the first multiplayer game on blockchain thanks to his passion for video games. Immutable X came about as a result of his experience with this project.

In reference to Immutable X’s goal, the co-founder voiced his displeasure. He stated the idea of Web3 being taken over by trading expensive NFTs or arts doesn’t sit well with him. He believes the rise of users in the Web3 world comes from the few billion people playing games globally. He believes these users, coupled with the digital properties in their possession, are responsible for the hundred-fold increase. The rest of the interview can be found here.

Although NFT sales are far lower than they were a few months ago, they increased 1.9% during the past week with $85,068,480 in sales volume, according to cryptoslam.io. This week’s top collection selling the most NFTs came from Sorare, as the Ethereum-based project garnered $8.5 million in sales.

What Immutable X has to offer

Immutable X resolves a number of significant issues that have plagued the NFT and P2E space. The platform has several features that players and developers find quite appealing.

Many NFT blockchain games are making attempts to cater to broader audiences. A sizable market of casual gamers still needs to adopt Web3. Game creators should take advantage of this profitable opportunity to enter this industry.

Gas tax elimination is a huge selling point for Immutable X, which appeals to customers and developers alike. To accomplish this, it batches thousands of operations in the background and pays for its gas. Only 2% of completed purchases require a transaction fee from the buyer.

The Ethereum network hosts Immutable X because it is the biggest and safest blockchain. This ensures their project is impenetrable, giving gamers and game developers peace of mind. It provides extensive NFT distribution over several networked marketplaces. Simple APIs make building quick and enable quicker launches.

The most earth-conscious gamers and developers frequently worry about how blockchain and cryptocurrencies may affect the environment. However, Immutable X is entirely carbon neutral, making it a desirable choice in cryptocurrency.

Immutable X undoubtedly addresses many issues that have complicated NFT trading and, in turn, gaming. The level 2 protocol, which is extremely secure, makes it simple and affordable to trade NFTs and provides both developers and players with an excellent user experience.

Immutable X has powerful supporters, with Disney and Marvel among its clients. Additionally, through Immutable X, the US company just launched a marketplace in conjunction with GameStop. Also, it recently partnered with Seoul’s popular Web3 game developer and publisher, Mantisco. Immutable X now hosts several important NFT games, and more are about to be revealed.

Immutable X is the ideal layer 2 Ethereum solution for speedy scaling, minimal costs, and general acceptance of P2E and blockchain games. Immutable X will most likely continue to be a significant force in Web3 gaming.

Immutable X, a Layer 2 scaling option, has already shown to be quite useful when used with Ethereum. It also shows the potential to create a new world for gamers. A hitch-free world full of fun and adventure.