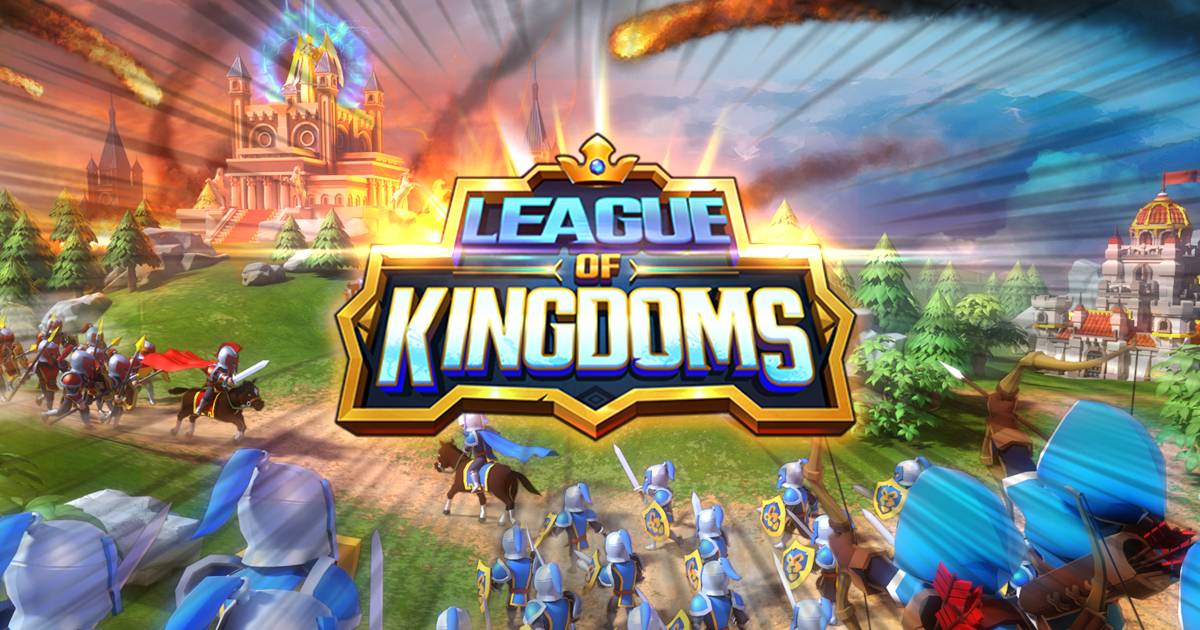 In this League of Kingdoms guide, we delve into the details of game features like building kingdoms, farming, hunting, and main game elements like Dragos.

League of Kingdoms (LOK) is a blockchain MMO strategy game.

Some of the LOK’s strategic partners are Yield Guild Games, Sandbox, OpenSea, Maker, and imToken.

You can play it on iOS and Android platforms.

The gameplay of League of Kingdoms

In this game, players fight for dominion by building a strong kingdom. You can also join an alliance or create your own. You can think of the gameplay as a journey that consists of the following steps:

The essential component of the League of Kingdoms is to build kingdoms. You do this by constructing buildings inside your domain; you can build farms, barracks, quarries, gold mines, and lumber camps.

While building your kingdom, you must also train troops and gather resources. Troops play crucial roles in collecting resources. There are different types of soldiers, and they all bring various advantages to the battlefield. So, players must train them based on their winning strategy.

You can also join forces with other players to attack monsters in rallies.

Players perform these two primary activities to collect resources to build their kingdoms. Players can harvest resources from their farms, such as food, wood, stone, and gold. However, some scarce resources like crystal mines can only exist in the fields on rare occasions.

The other way to collect resources is to hunt monsters, as they will drop loots when defeated. The hauls differ based on the monsters’ levels and types. Hunting monsters also earn you experience points which you can use to gain new mastery skills.

It’s mandatory to join an alliance for some game features like participating in a dragon hunt or conquest of shrines. An AI-powered recommendation tool will find the Alliances that best fit you.

Alliances have more advantages in the later stages of game progression; therefore, you should join one as soon as possible. These benefits include alliance gifts, shops, and buildings.

It’s possible to fight with monsters alone in PvE mode by deploying troops. As explained above, you can also work with other players to form rallies to hunt monsters of particular types.

In the PvP mode, you fight with other kingdoms built by rival players. Again, you can join the battles solo or form rallies.

The third mode of the League of Kingdom includes MMO features like Shrine and Congress and Continent vs. Continent events and guild wars.

Another critical component of the gameplay is the Drago characters. Players must own a Drago to be eligible to gain the game’s utility token Dragon Soul Token (DST). There’s an upcoming NFT genesis drop for Dragos, which will take place on the 30th of May, 2022. Join over 80K Twitter followers or 4K Discord members to stay updated about the drop.

Each Drago has seven parts and belongs to one of the five elements: fire, aqua, light, terra, and dark.

It will be possible to breed Dragos. For this purpose, you’ll need to spend DST and the game’s governance token LOCA. In the future, renting and borrowing Dragos will also be possible.

Dragos can support the troops you build in your kingdom because they bring many advantages for marches, farming, defending, and dungeons. For instance, a Drago with a fire element can improve the ranger’s health points, defense, attack, speed, and storage capacity. However, you must train your Drago to unlock these attributes by burning a unique Dragon Soul Ambers gem.

You must own at least one Drago to unlock the full potential of the play-to-earn model of League of Kingdoms. The team will integrate a breed and hatch mechanism for creating new Dragos, which you’ll be able to trade as NFTs in the marketplaces.

We explained in this League of Kingdoms guide that you can earn the DST and LOCA tokens by participating in the game modes.

Another way to earn rewards is to gather resources (gold, food, stone, lumber) and turn them into tradable NFTs.