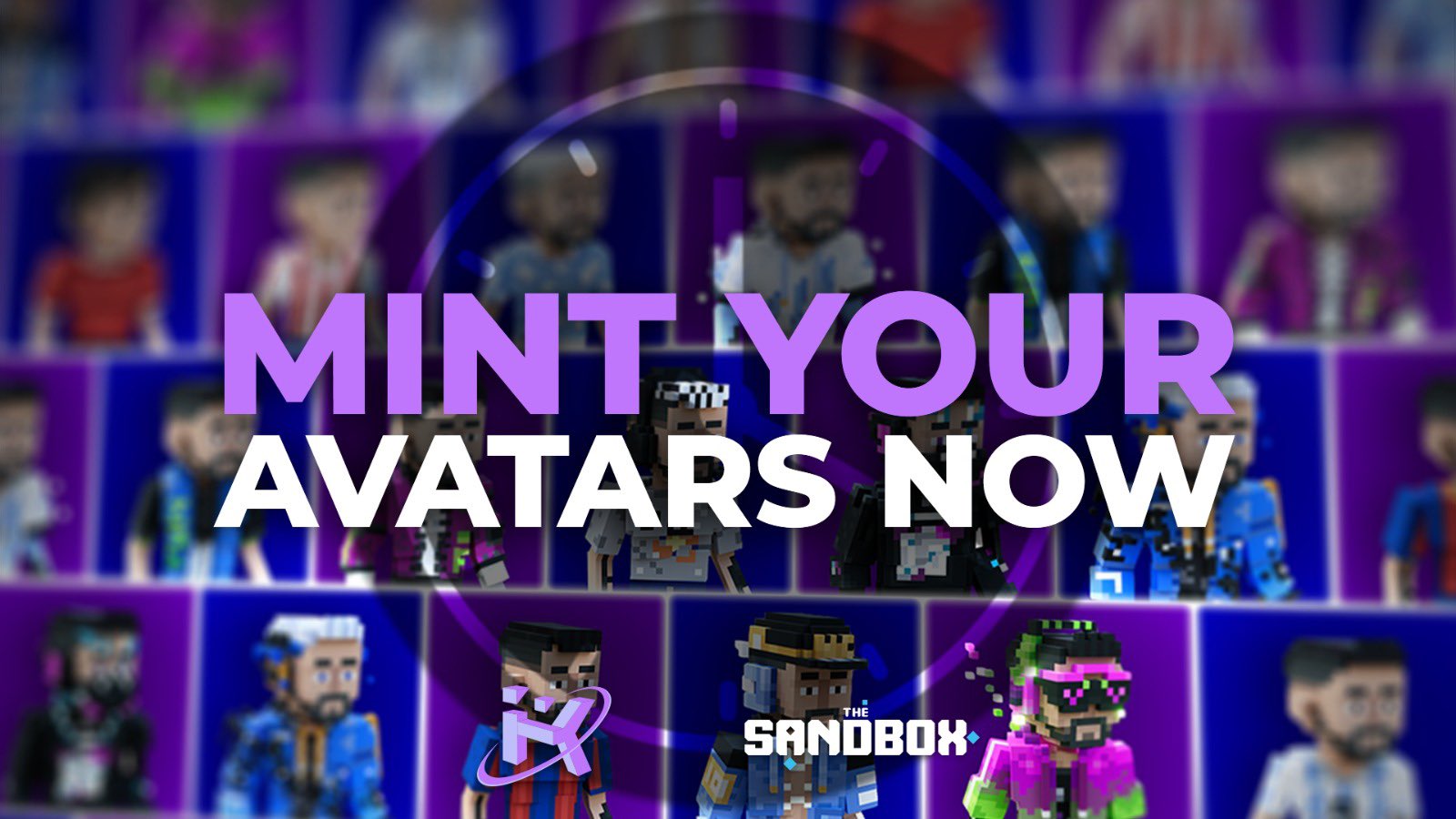 The Sandbox has announced that minting for Sergio Aguero’s Kuniverse avatars will begin today, November 2nd.

However, this is a private minting event designed for whitelisted users only. But for those who did not make it to the whitelist, there is no need to worry. The public minting event will open tomorrow. You only need to wait 24 hours to get your hands on the avatars.

🇬🇧MINTING FOR THOSE REGISTERED ON THE WHITELIST IS NOW AVAILABLE!

The Kuniverse Avatars are NFT-backed digital collectibles that users will need to access Sergio Aguero’s metaverse space on the Sandbox. The plan is to issue 9,320 avatars, each with a certain level of rarity that unlocks access to the game.

The Kuniverse avatars have five rarity levels. This includes the basic Football Kuns to the more advanced Special Kuns. Others in between include the E-Kuns, the Future Kuns, and the Robot Kuns.

Also, the avatars are all inspired by Sergio Aguero’s football career and represent some of his greatest moments in soccer. Users can only buy a maximum of five Kuniverse avatars per wallet.

Whether you are a whitelisted user or just a guy keen on buying on the Sandbox marketplace doesn’t matter. The idea of limiting purchases to five is designed to offer equal distribution and fairness to all fans.

Why You Should Consider the Avatars

The primary role of the Kuniverse avatars is to offer exclusive access to the Sergio Aguero meta. However, holders of these avatars stand a chance of getting more perks.

For example, for every single avatar a user buys, they are entered into a draw to win an all-expenses paid trip to the 2022 FIFA World Cup in Qatar.

Holding a @aguerosergiokun Avatar will enter you into the raffle to win a trip to #Qatar2022 and meet the man himself! pic.twitter.com/jVLdjC2xvy

Winners of the World Cup prize will also get an opportunity to interact with the former Manchester City and Atletico Madrid striker.

Additionally, Sergio Aguero and the team are working on the Kuniverse cup, a soccer-themed game on the Sandbox that will feature a host of exciting rewards. Users who wish to participate in the competition must be holders of the Kuniverse Avatars.

Unlocking More Experiences on The Sandbox

The avatars will also grant users access to special events in the meta depending on the rarity levels. Users will also get into raffles where they can win signed Sergio Aguero jerseys and other merchandise.

The Kuniverse also plans to issue exclusive NFT releases in the future, where only the holders of these avatars will be invited.

There will also be a chance to play Esports with Sergio Aguero, and besides, the Kuniverse avatars can also be used to unlock more experiences on the Sandbox.

What is the Kuniverse, Anyway?

The Kuniverse is a soccer-themed meta space on the Sandbox built in partnership with Sergio Aguero. The first version of this meta goes live on November 6th, presumably right after the public minting for the Kuniverse avatars is closed.

However, there is more to the Kuniverse than just football. Users will also get up close and personal with the Argentine soccer star. There will also be live events, interesting surprises, and a lot of giveaways.

The Kuniverse is the first major metaverse experience by an individual footballer. Although many football clubs are exploring this idea, Sergio Aguero is the first high-profile soccer player to actually build his own space on the meta.

Nonetheless, bringing Sergio Aguero in is a huge plus for the Sandbox. The move cements the platform’s position as one of the leaders in this space. It also opens the door for other notable soccer players to create experiences on the Sandbox as well.

Sport Experiences in the Metaverse

The Sergio Aguero Kuniverse on the Sandbox is a broader reflection of just how sports can leverage the metaverse to create immersive and intimate interactions with fans.

In fact, over the past few years, we have seen several sports brands launch experiences on the Sandbox and other metaverse platforms in a bid to connect with fans.

For example, just this week, the HSBC Stadium just launched on the Sandbox. The stadium is part of a sports-themed experience that will bring rugby sevens to the meta. We also saw the first-ever live football broadcast in the meta between Ac Milan and Fiorentina.

The stream allowed fans to immerse themselves in a virtual stadium where they experienced the action as if they were there physically. There are also plans to stream the 2022 FIFA World Cup in Qatar in the meta as well.

Additionally, sports fans worldwide seem to be quite open to the idea. According to this survey by Momentum Worldwide, 85% of folks who consider themselves sports fans are willing to pay to watch a live sports event in the meta.

There is, therefore, a huge opportunity to use the power of web3 to completely transform how folks around the world consume sports.