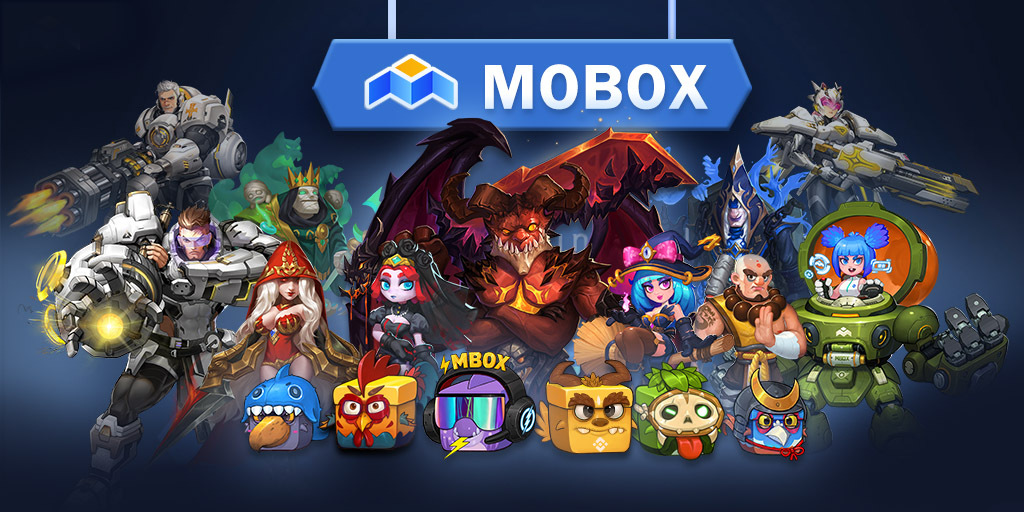 MOBOX (MBOX) came to the Binance Launchpad in 2021 and is a GameFi project that allows players to earn MBOX, the DeFi token of the Mobox (MBOX) blockchain, while they carry out missions and play the game. A cross-platform gaming metaverse, MOBOX combines automated optimized DeFi yield farming and gaming NFTs to create a GameFi Metaverse. The developer team is incredibly ambitious and seeking a starring role in the future of Web3.

The MoMoverse is available on desktop, Android, and iOS. According to the site’s Medium page, MOMOverse is the first metaverse to integrate with the Binance ecosystem, which is only accessible via the Binance app. Our own Mustapha has written about the latest MoMoverse update here.

The platform seeks to create a unique ecosystem for developers, players, and NFT collectors to share their ideas and games. The MoMoverse is a 3D metaverse in which users can explore a virtual reality called MOMOnia. This undiscovered land awaits the arrival of unique Avatars: MOMO-mians.

With a suite of mobile-friendly games and a growing virtual world ecosystem, MOBOX seems to have a solid foundation on which they continue to build. It hosts “mini-games,” creating an arsenal of enjoyable Play to Earn (P2E) opportunities across various gaming genres offering NFT rewards.

A base-builder game on BSC, Clash of Moland has a Clash of Kingdoms vibe and has taken the MOBOX top spot for this week’s trending games. Players build empires, manage resources, and conquer other territories to earn more in this open world. MOBOX released the Alpha version in early August, which has been going from strength to strength.

ChainZ Arena is a funky game filled with cool characters and loveable illustrations. The land of ChainZ is under attack from Demons, and only by combining the powers of FIRE, EARTH, WOOD, and WATER in the iconic medieval arena can players save the kingdom.

The in-game currency is the SOUL Token that players mine as they play on ChainZ Arena. The token exists on three blockchains: EOS, Ethereum, and TRON. The game has 999,999,999 limited SOUL tokens, and the ChainZ Arena team has designed a unique mechanism where players can mine offline. SOUL exists on all three blockchains, interconnecting three smart contracts and providing unique blockchain gameplay.

The top cryptocurrency exchange for trading in ChainZ Arena stock is PoloniDEX, which is now available on the crypto exchanges page. A motivator for playing  ChainZ Arena is that earning SOULdrops is simple. Gameplay equates to the number of SOUL tokens a player can make.

The more a gamer plays, the more SOULdrops they add to their stash, and by earning SOUL tokens and freezing them, players will also be part of daily SOULdrops. Players receive drops proportional to the number of SOUL tokens they stake compared to how many are staked in-game.

The MOLand Defense game is built on Binance Smart Chain and uses NFTs and Crypto (MBOX) in the game’s economy.MOBOX’s MOLand is a real-time Tower Defense game developed by “E-Studio,” where players transform into battlefield commanders to resist invading monsters. It sounds pretty much right up my street!

It isn’t all battles, as players also need to form communities that cooperate, collect equipment, and share resources. The developers have worked hard to optimize gameplay and introduce new and exciting avatars. The game has reached Season 11 and has some recent updates:

The Future Of MOBOX

As a platform containing many fun games with earning potential, MOBOX is undoubtedly keen to get ahead of the Metaverse game and the future launch of Web3. SwaSpace doesn’t seem too confident in its price projections, offering divergent opinions on its future trading potential.

“As of MOBOX price predictions for the rest of 2022, there are divergent opinions. TradingBeast expects an upturn towards $0.835093, and PricePrediction.net echoes with ~$0.850402 by the year’s end. Other experts, for example, from WalletInvestor, are more pessimistic about MOBOX’s future price, citing numbers downwards of $0.06118 in December.” – SwapSpace

A quick reminder that we aren’t financial advisers. We can only express an opinion, but if anyone reading this considers investing in MOBOX, it’s worth doing some research first. Currently, there isn’t a consensus about positive or negative future MBOX price movements. The games on the MOMOverse are fun and easily accessible on mobile, perfectly for wiling away a few hours. Whether it’s worth a financial investment, the jury’s still out.